Thanks for the opportunity

I'm sure that if you're an elected official, it must be a sore temptation to have your success in the public arena convince you you're an expert on everything.  After all, you've been chosen to represent the people who voted for you; that must mean you're brilliant, right?

Well, not only does it take more than people's votes to verify a person's intelligence, it also takes more than a huge and well-stroked ego to generate opinions that have merit.  And as an example of this, let's look at State Representative John Allen of Arizona, who just last week went on record as saying that there's nothing wrong with a system in which teachers have to work two or three jobs just to make ends meet.


There’s lots of people out there with second jobs.  Most of us in this room have a second job.  Good for them!  I like seeing people try to get ahead in life, when they take their god-given talents and efforts and make themselves better.  That’s America!  The idea that we are somehow torturing somebody if they have a second job is just ridiculous.  And, they have a long summer!  What a great opportunity for people like us and teachers to go and get a second job.  Let’s all go out and get a second job this summer.  I know my wife would greatly encourage that.

Yes, we have summers off.  Unpaid.  The myth that teachers have "three months of paid vacation a year" is appallingly common -- I still recall the first time I confronted that, and corrected the individual.  "How would you feel if your employer required that you take three months of unpaid leave a year?" I asked, and the response was frank bafflement. I was a little emotional about this issue; this was during a period in my life when I was a single dad, and had a landscaping business in the spring and summer just so I could pay my mortgage and buy groceries.  Starting in April, I would come home from school, change my clothes, head out to some rich person's yard, work until it was too dark to see, and then come home and fall into bed.  I worked seven days a week, and I still was literally down to nickels by the end of the pay period.

So there was a lot of outcry about Allen's comments, both by teachers and by anyone who knows how hard teachers work (and how little they're paid -- especially in Arizona, where salaries have hovered around the 50th-out-of-50 mark for years).  And in the fine old tradition of politics, where the motto is "Death Before Retraction," Allen simply doubled down on his rhetoric... and made it worse:

A boat?  Sure!  I could have afforded a boat: 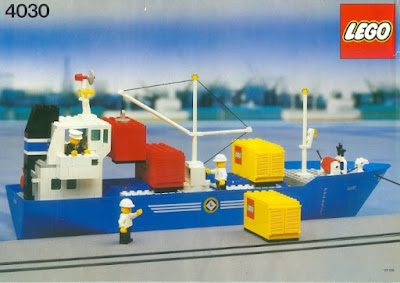 But if you're talking about anything more than that, the "better lifestyle" I aspired to was to occasionally be able to afford to by a container of ice cream for my kids and I to have for dessert.

And I'm one of the lucky ones.  Not only do I work in a state where teachers are better paid, I eventually worked my way up the ladder and became, if not wealthy, at least comfortable.  But for Representative Allen to insinuate that teachers -- or any low-paid workers -- are getting second and third jobs because they want luxuries leaves me so angry that I'm nearly speechless, and mostly what I can think of to say in any case is vulgar even by my standards. 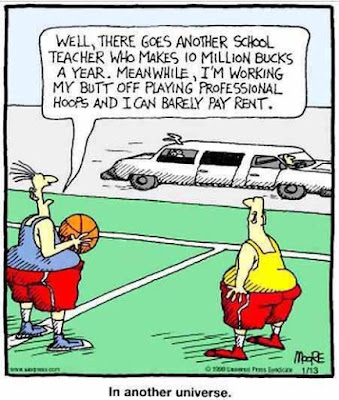 What bothers me most of all, though, is the hypocrisy.  Allen, and the rest of his colleagues in the Republican Party, have won elections by claiming that they're in there fighting for the common guy, the middle class, the people who are willing to work long hours to make it -- then they routinely vote down increases to the minimum wage, proposals to offset the costs of health care and insurance, and programs designed to pull people up out of poverty.  Oh, they'll fight like hell to save unborn children; but once those children are born, the general attitude is "you're on your own."  In their eyes, apparently a person's rights begin at conception and end at birth.

So to Representative Allen, and anyone who cheered him on: you have no idea what you're talking about.  If you'd like to follow me around one day and see how hard I work, you are welcome in my classroom any time.  But until the time you're willing to do some leg work to find out how the people you're passing value judgments on actually live, do us a favor and shut the fuck up.

You are also welcome to check my garage for boats.  You won't find any.
Posted by Gordon Bonnet at 2:04 AM