The geography of belief

When I first read Richard Dawkins's fiery and controversial diatribe The God Delusion, one of the points he made that struck me the most strongly is that religion is for the most part dependent not on its adherents choosing a particular schema of belief because of its appeal or its inherent logic, but because of simple geography.  Dawkins writes:


If you are religious at all it is overwhelmingly probable that your religion is that of your parents.  If you were born in Arkansas and you think Christianity is true and Islam false, knowing full well that you would think the opposite if you had been born in Afghanistan, you are the victim of childhood indoctrination.

Dawkins's point is that this is a strong indicator that specific religions are held by their followers not because of choice, but primarily because of cultural and familial traditions.  There are adult converts, of course, who are choosing a belief system, but most people who are religious belong to the dominant faith in the place where they live.  (In fact, a Pew Research poll just released last week estimates the percentage of Christians who are in the faith because of conversion as adults as less than 6%.)  In other words, for most religious people, they believe it's true not because they were convinced by the evidence, but because it's what they were told by the people around them when they were children. 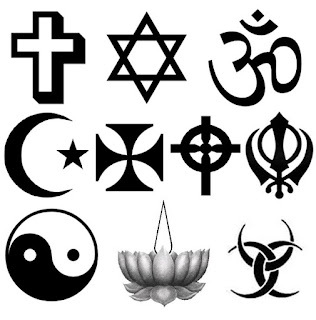 In a paper in PLOS-One called "The Political Reference Point: How Geography Shapes Political Identity," Feinberg et al. looked at the spectrum of political stances regionally, and whether geography correlates with not only party affiliation but how terms like "conservative" and "liberal" are defined.  The authors write:

Which makes it all the more interesting how fervently people believe they're correct on political matters.  Just as with religion, a person in rural Kansas who grew up staunchly conservative would likely have grown up liberal had he been raised in San Francisco.

The problem with this argument, though, is that this doesn't fix the problem that most people see their own beliefs as based on sound, well-considered thought, and everyone else's as based on indoctrination.  Instead of recognizing that all of us are more a product of our regional culture than of any kind of systematic examination of our own moral, ethical, and political matrix, it's easier (and on a lot of levels, more comforting) for the rural Kansas conservative to say, "Of course if I was raised in San Francisco I'd be liberal.  I'd have been brainwashed by the damn left wing Democrats before I had a chance to form my own opinions."  (And vice versa, of course.)

So I'm not sure where the research of Feinberg et al., and even the observations of Dawkins about religion, get us.  All of us still tend to cling like mad to our own preconceived notions (and I am very definitely including myself in that "all of us").  But if this line of thought can persuade some of us to re-examine our beliefs, and consider the extent to which we were shaped not by evidence, logic, or rational argument but by geography and family influences, it might be a first step toward not only helping us to think as clearly as possible, but understanding those of us whose beliefs differ from ours.
Posted by Gordon Bonnet at 2:13 AM