In case you still needed something about the current state of affairs in the United States to be distressed about, two days ago the Trump administration announced the firing of the majority of the members of the Environmental Protection Agency's Scientific Review Board.

This board is exactly what it sounds like; it's made up of actual research scientists who have the academic background to evaluate environmental policy and make sure it's based on reliable research.  But that, apparently, is no longer the focus.  Now, the only thing that matters is whether policy is based on what's best for industry.

J. P. Friere, spokesperson for EPA chief Scott Pruitt, was up front about it.  "The administrator believes we should have people on this board who understand the implication of regulations on the regulated community."

"Deregulation" is, of course, a euphemism for "giving carte blanche to the corporations to do whatever they damn well please."  Don't consider air and water quality; don't consider standards for protecting the ecosystems; don't even consider whether the industry in question is reasonable or sustainable.  Hell, Pruitt himself has made a point of visiting several coal mines and has promised to restore coal mining to its former prominence -- never mind that besides the danger to coal miners and the communities near mines, and the environmental damage, the rising market share of natural gas and renewable energy makes it nearly impossible that coal will ever regain its status as a viable energy commodity.

I.e., Pruitt is lying.  But that's becoming status quo for this administration.  In fact, it's beginning to seem like the best way not to get hired by Trump or his cronies is to tell the truth. 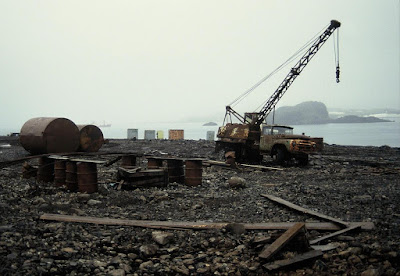 And it should come as no surprise that the person behind the dismissal of the Scientific Review Board is none other than Lamar Smith, who is the odds-on favorite for winning the Congressional Corporate Stooge of the Year award.  This is the same man who is funded by the fossil fuels industry, is hand-in-glove with the climate-change-denying Heartland Institute, and was responsible last year for the harassment of any government employees involved in making sure that legitimate science was used to drive policy.  With no apparent sense of irony, Smith said, "In recent years, Science Advisory Board experts have become nothing more than rubber stamps who approve all of the EPA's regulations.  The EPA routinely stacks this board with friendly scientists who receive millions of dollars in grants from the federal government.  The conflict of interest here is clear."

How he could accuse someone else of conflicts of interest without being struck by lightning, I have no idea.  But that's what he did.  With a straight face, unless you count the obnoxious smirk he always wears.

Worst of all, they're getting away with it.  Pruitt and Smith are planning on hiring replacements for the fired members who are industry- and deregulation-friendly.  The message is, don't base policy on science, or even on what is good for American citizens; base it on whatever pours the most money into the pockets of corporate interests.

What is happening right now in Washington DC is going to take years to repair, if it's repairable at all.  We are at a tipping point with respect to a lot of things; climate change, biodiversity loss, air quality, collapse of fisheries.  Throwing away the regulations -- which were our last, best hope for mitigating some of the damage our species has caused -- is sure to push us past the point of no return.

Not that Smith and Pruitt care.  In their view, short-term profits and political expediency never take second seat to caring for the environment that is keeping us alive in the long term.  Especially when Donald Trump has put weasels in charge of the hen house.

I honestly don't know how these people can sleep at night.
Posted by Gordon Bonnet at 2:00 AM