Funny you should say that...

Do coincidences mean anything?

This was the subject of a fantastic, and sadly little-known, movie -- I 'Heart' Huckabee's.  The main character (played by Jason Schwartzman) has the bizarre coincidence of seeing, in a big city, the same very tall African man several times in different places.  Freaked out by this, he hires two "existential detectives" (Lily Tomlin and Dustin Hoffman) to figure out if it really was a coincidence, or if it has some kind of significance beyond that.

In other words, if there is a coincidence, maybe even what seems to be a wildly improbable, weird, eye-opening one, does it have any meaning in the Cosmic Sense?  Or is it, to quote one of my favorite songs -- Laurie Anderson's "The Monkey's Paw" -- "a twist of fate, a shot in the dark, a roll of the die, the big wheel, the big ride?"

One of my students has been paying more attention to the little coincidences lately, and his claim is that they happen way more than is attributable to chance.  The whole thing came up yesterday because in my AP Biology class we were talking about the low caloric content of celery -- giving rise to the claim that you use more calories chewing celery than you get from eating it.  He then told me that only two periods earlier, the same topic came up in a different class... and then went on to tell me, excitedly, how "that sort of thing is always happening to me!"

Of course, if he thought that I was going to be willing to attribute coincidences to some sort of Larger Purpose At Work, perhaps due to the influence of a deity who liked celery, he was barking up the wrong tree.   My opinion is such things are simply the dart-thrower's bias -- we tend to notice the hits (in this case, the times when the same topic comes up twice) and ignore misses (all of the millions of things that don't get mentioned twice).  As a result, we tend to overestimate wildly how common such coincidences are. 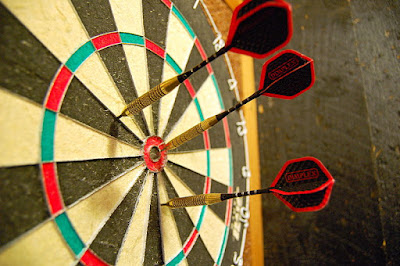 That's not to say that there aren't some peculiar ones.  I have had the experience myself of thinking about a song, turning on the radio, and the song is playing.  Take that minor mystery, and turn up the gain, and you get people whose dreams have come true, who have had premonitions of disaster and not taken the plane (or train or boat or whatever), and whose lives have been saved.  Is this true ESP, or the hand of god, or something more prosaic?

I'd opt for the latter, and I suspect that you knew I'd say that. In my opinion, for there really to be something "going on" here, there'd have to be some cause for it, some discernible mechanism at work.  I'm willing to entertain the idea -- momentarily, anyway -- that some supreme being who honestly cares about us might wish to intervene on our part, and save us from calamity via a vision, premonition, or dream.  But that opens up the troubling question about why said deity didn't bother to let the 235 other people who died in the plane crash know, so that they, too, could escape death.  That a deity exists who selectively warns some folks about impending doom while allowing others to perish is a pretty scary idea, and such a deity would have to be capricious to the point of evil.

How about the more benign explanation, that some of us are simply more "in touch" with the sixth sense than others, and therefore all those folks who died simply weren't wired to be aware of the coming catastrophe?  Again, there's that pesky lack of a mechanism.  Not one experiment designed to detect ESP of various sorts has succeeded, which is (to say the least) a bit troublesome to those who believe in such things.  Some of those true believers respond that lab conditions, run by skeptical scientists, are not conducive to the psychic energy field, and it's the lack of belief by the researchers that is interfering with the outcome.  I respond; that's mighty convenient.  Sounds like special pleading to me.

To quote Carl Sagan, from his masterful book The Demon-Haunted World (which should be required reading in every public school science program in America):

Seances occur only in darkened rooms, where the ghostly visitors can be seen dimly at best.  If we turn up the lights a little, so we have a chance to see what’s going on, the spirits vanish. They’re shy, we’re told, and some of us believe it.  In twentieth-century parapsychology laboratories, there is the ‘observer effect’: those described as gifted psychics find that their powers diminish markedly whenever sceptics arrive, and disappear altogether in the presence of a conjuror as skilled as James Randi.  What they need is darkness and gullibility.

So, we're left with the conclusion that coincidences happen just because -- they happen.  Given that we dream every night, and daydream every day, and listen to radios and read newspapers and such pretty much constantly, coincidences are bound to happen, just by the statistics of large numbers.  It doesn't make them feel any less weird when they do occur; but sooner or later, you're going to dream something, and a few days or weeks later, it will more or less "come true."  There are only so many things we dream about, and only so many kinds of things that happen in our lives, and given a large enough time axis, eventually those two will coincide.

I hope -- honestly, I do -- that I haven't just taken the magic out of your perception of the world's weirdness.  My own view is that I'd much rather know the truth than to believe a pretty falsehood.  And really, the idea of a god who selectively dabbles in the affairs of humans isn't even that pretty, when you think about it.  So if I've made the world seem a little more prosaic and dull, I sincerely apologize.  And if I get into my car in a half-hour or so, and turn on the radio, and hear Laurie Anderson's "The Monkey's Paw," it will serve me right.
Posted by Gordon Bonnet at 2:21 AM