Last week, I described a new product being offered by Gwyneth Paltrow's "alternative health" (i.e. snake oil) company "Goop," namely a "psychic vampire repellent," the advantage of which is you could never be certain if it was effective or not because it's repelling something that doesn't, technically, exist.

Much to my bafflement, instead of laughing directly in Paltrow's face, a significant portion the public is apparently thrilled by her products, so much so that she just announced that she's launching a magazine, also called "goop" (note the e. e. cummings-esque lower case, presumably meant to give the magazine some kind of frisson of daring and insouciance, an impression that is significantly diminished by the fact that it's the word "goop" we're talking about here).

In the first issue, there is a Q-and-A with (surprise!) Paltrow herself, in which she makes some statements that are so ridiculous that I felt impelled to respond to her point-by-point.  It was also to save you the pain of going to her website, which trust me, is a significant favor.

She starts out with a bang.  When asked how she thought to found the company, she said:


[W]hen my dad got sick, I was twenty-six-years-old, and it was the first time that I contemplated that somebody could have autonomy over their health.  So while he was having radiation and the surgery and everything, and eating through a feeding tube, I thought, “Well, I’m pushing this can of processed protein directly into his stomach,” and I remember thinking, “Is this really healing?  This seems weird.  There’s a bunch of chemicals in this shit.”

Well, the reason they were feeding him "processed protein" is that it would be pretty difficult to give someone, say, a tuna sandwich through a feeding tube.  And her final statement, "there's a bunch of chemicals in this shit," is just face-palmingly stupid.  There's a bunch of chemicals in everything.  Because that's what the universe is made of.  Chemicals.  Some of 'em have scary names and are perfectly safe.  Some are natural, 100% organic, and have short, friendly-sounding names, and can kill you.

For you non-chemistry-types, the latter is the chemical name for starch.

Another appalling thing about her statement is that she apparently thinks that her highly scientific analysis of the situation ("there's chemicals in this shit") outweighs the knowledge of all the medical specialists who were, at the time, attempting to save her dad's life.  To me that speaks to a colossal ego issue, on top of simple ignorance. 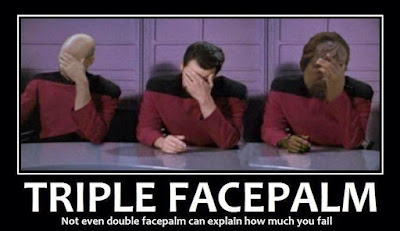 Then she waxes rhapsodic about a "colon cleanse" she did that made her realize that alt-nutrition stuff was real:


So I was very amped up on the idea of seeing it through to completion.  My best friend did it with me and she ate a banana on the second day, and I was like, “You f%$ked it up.  All results are off.”  I felt very toxic and sluggish and nauseous on the second day, and by the third day I started to feel really good.  And in the book, some people do it for seven days, ten days, thirty days. I was like, “I’m good with the three-day introductory cleanse.”  And I remember the next day, I was like, “Oh wow, I just did this cleanse and I feel so much better, so I can have a beer and a cigarette now, right?”  It was the nineties...  But I do remember feeling that that’s where I caught the bug.  And then the Alejandro Junger cleanse was really instrumental in terms of explaining to me that, especially as detox goes, our bodies are designed to detoxify us, but they were built and designed before fire retardants and PCBs and plastic, so we have a much, much more difficult time, and the body needs some support, which is why cleanses can help.

Which fails to explain why our life expectancy and quality of health is higher now than at any time in recorded history, including back when we were living in a non-fire-retardant world for which our bodies were "built and designed," and had yet to hear about things like "colon cleanses."  Life back then was, as Thomas Hobbes put it, "nasty, poor, brutish, and short," and a significant fraction of people never made it past childhood because of what are now completely preventable diseases.

Oh, wait, many of those diseases are prevented with vaccines, and vaccines contain chemicals.  My bad.

She then goes on to rail a bit against people like me who demand pesky stuff like evidence before I buy into something.  This, Paltrow says, is just thinly-disguised sexism:


I really do think that the most dangerous piece of the pushback is that somewhere the inherent message is, women shouldn’t be asking questions.  So that really bothers me.  I feel it’s part of my mission to say, “We are allowed to ask any question we want to ask.  You might not like the answer, or the answer might be triggering for you.  But we are allowed to ask the question and we are allowed to decide for ourselves what works and what doesn’t work...  They don’t want women asking too many questions. It’s a very misogynistic response.

Funny thing is, we do have a way of asking questions and finding answers, which turn out to be true whether we like them or not: it's called "science."  It gives the same answers whether you're male or female, young or old, and is equally irrespective of race, religion, and ethnic origin.  A great many of we scientist-types would love it if there were more women and minorities in science, and have repeated and loudly decried both the barriers that have kept them out for years, and the terrible waste of talent that represents.

Oh, and "Goop's" anti-vampire sprays and supplements designed to use gem stone energies to realign the frequency of your chakras are not science, because there is not a single shred of evidence that they work, or are even describing anything real.

Sorry, Gwyneth, if that was "triggering for you." 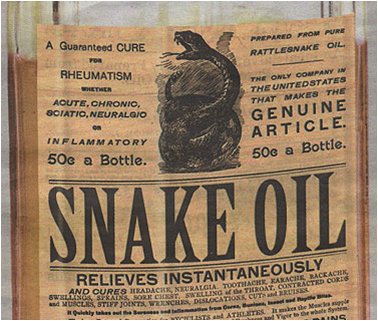 She ends by talking about her vision for what her company is accomplishing:


Our mission is to have a space where curious women can come.  We are creating an opportunity for curiosity and conversation to live...  So, we know that the world follows the consciousness of women.  So we’re just trying to create this environment where, really, women again, can just feel okay about getting close to themselves and working from that place.

Hmm.  Seems to me her mission is to sell completely worthless "alt-med" crap to gullible people in order to make money.

You know, it really doesn't matter to me whether she actually believes what she's saying, or if she is coldly and calculatedly ripping off people who don't understand science.  Her company is selling useless health aids and nutritional supplements wrapped in cosmic-sounding pseudoscience, and in the process hoodwinking people with actual treatable medical conditions into thinking that they can fix their problem by drinking Water Activated With Essence of Sapphire.  So I keep hoping that people will recognize "Goop" for what it is -- yet another in the long, long line of Patent Cure Peddlers.

And that it will, in short order, pass into well-deserved oblivion.
Posted by Gordon Bonnet at 2:21 AM