The return of Nibiru

The world is going to end again.

This is what, two dozen times that the world has ended?  I've lost count, honestly.  But a success rate of 0.00% isn't the least bit discouraging to the Apocalyptoids.  If anything, it encourages them.  Their history of failed predictions means that the next one has to be correct.  This time, they think, this time Lucy won't pull the football away when we try to kick it. 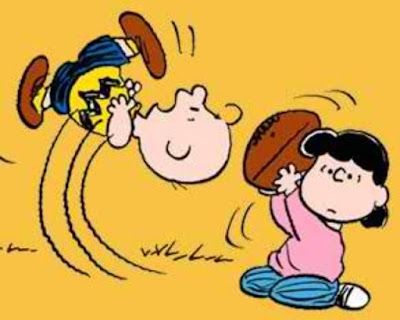 The latest prediction from the End-of-the-World cadre was described over at the site Mysterious Universe, which has that name because Bullshit Universe doesn't have quite the same gravitas.  I'm pleased that from his tone, the author of the page at least seemed to realize that he was telling us nonsense, although it bears mention that other recent Mysterious Universe articles have been "My Very Own Hyperdimensional Resonator" and "Green UFOs Appear in South Africa and Spain."

So right off the bat, we're talking about a source that may not be all that reliable.  But being that this is what we do, here at Skeptophilia, I forged ahead.

The end of the world this time is going to be because the Yellowstone Supervolcano is going to erupt.  But what you probably don't know is that (1) it's going to erupt because of the infamous planet Nibiru, and (2) all of this serious shit is coming down on September 23, 2017.  Yes, as in this coming Saturday.  So we don't have long to prepare, not that there's much we could do about it anyhow. 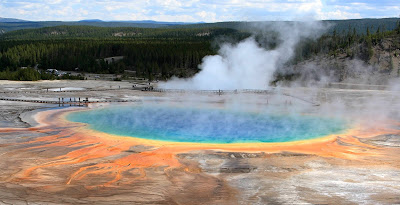 The main proponent of this idea is one David Meade, who has said that Nibiru is not in orbit around the Sun.  No, that would be ridiculous.  Nibiru is actually in orbit around the Sun's invisible binary twin, and therefore is zooming toward us at incredible speed -- a speed, Meade says, that will "'take it from not visible in any telescope' to 'holy crap, there it is' in only a few days."

Which, of course, brings up the question of how Meade knows about it, if it's not yet visible in any telescope.

Which, of course, we do. The Hubble.  But we haven't let little things like factual accuracy bug us before, so why start now?

"This will allow our enemies to take advantage of us," Meade says.  Which honestly seems like it would be the least of our concerns at that point.

Of course, there's no theory crazy enough that someone can't add to it in such a way as to make it way crazier.  In this case, the someone is William Tapley, who has been something of a frequent flier here at Skeptophilia, most recently because of claiming that Donald and Melania Trump are members of the Illuminati, and that a Budweiser commercial aired during the Superbowl that featured a cute puppy was a coded Satanic message that the world was going to end.

Which of course, it didn't.  As usual.

Anyhow, Tapley, who calls himself the "Third Eagle of the Apocalypse" (what happened to Eagles #1 and #2, I have no idea), is really excited about this whole September 23 thing, although he's not really too keen on Nibiru.  Tapley says that the End Is Nigh because on the 23rd, both the Moon and the Sun will be in the constellation Virgo, which clearly is a reference to Revelation chapter 12, in which we hear about "a woman clothed with the Sun, with the Moon under her feet and a crown of seven stars on her head."

So the only possible answer is that the Tribulation, Rapture, the Second Coming of Christ, and so on are about to happen. 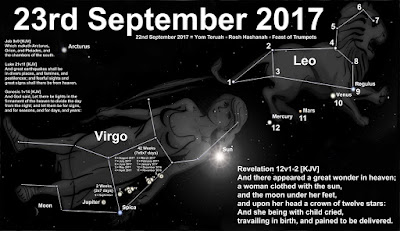 But even Tapley isn't all.  There's Antonio Mattatelli, "one of the most famous exorcists in Italy," who says that recent floods, earthquakes, and hurricanes are a sign of the start of the End Times, because apparently that stuff has never happened before.

Anyhow, there you have it.  A consensus of three experts that once again, the world is ending.  I don't know about you, but I am sick unto death of having these predictions of apocalypse, and then nothing happens.  If this time we get to September 24, and there have been no Apocalyptic Horsepersons, no Scarlet Whore of Babylon, no Antichrist, no Beast With Seven Heads, and (most of all) no Rivers Running Red With The Blood Of Unbelievers, I'm gonna be pissed.