Lying to your face

I've been watching the unfolding humanitarian disaster in Puerto Rico with something akin to horror. Not just for the suffering of the people -- which is considerable -- but for the callous indifference with which Donald Trump is addressing the situation.  First responders have said that the extent of devastation is unknown at this time, but we do know that 95% of the island is still without power, almost 60% without potable water, and 72% without access to telephone service.  San Juan's mayor, Carmen Yulín Cruz, appealed to the federal government for help, and what did Trump do?

Chide the Puerto Ricans for "wanting everything to be done for them."  Point out how far in debt they are.    Pat himself on the back for his "fantastic response" to the disaster.

Others -- most others, in fact -- were not nearly so complimentary.  General Russel Honoré, who headed up President Bush's response to Hurricane Katrina in 2005, was scathing.  "The mayor's living on a cot, and I hope the President has a good day of golf," Honoré said.  "The President has shown again he don't give a damn about poor people.  He doesn't give a damn about people of color.  And that SOB that rides around in Air Force One is denying services needed by the people of Puerto Rico.  I hate to say it that way but there's no other way to say it."

All of which brings up something I've mentioned before; Donald Trump lies every time he opens his mouth.  He has such a tenuous grasp on the truth that columnist Chris Cilizza has said that he's "living in an alternate universe."  Here are a few of the recent lies Trump has told, none of which he's backed down from:
And so on and so forth.  And yet... and yet... there are still people defending him.  Today I saw someone post that the well-deserved backlash Trump is receiving because of his petty, nasty, vindictive response to the Puerto Rico disaster is because "they always want to find a way to criticize the United States of America."  No, "they" (whoever "they" are) aren't criticizing the U.S., they're criticizing the President, who has once again shown himself to be a narcissistic asshole who takes any questioning of his words or actions as a personal assault.

Oh, and Puerto Rico is part of the United States of America.  Awkward, that. 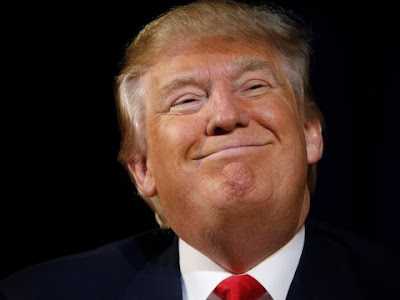 So this brings us back to a place we've been before; at this point, defending Donald Trump is to side with a man who has zero respect for the truth, and lies continuously, apparently without any twinge of guilt.  He's warped people's attitude toward the media to the point that all he has to do is shriek "fake news" or "lying reporters" and they believe every word that comes out of his mouth (and disbelieve anything contrary that they see, hear, or read).

In short: supporting this man at this point is unconscionable.  I don't care what your political affiliation is, what race, what religion, or anything else.  If you are still in support of Donald Trump, you are putting yourself behind one of the worst people ever elected to public office in the United States.  And I honestly don't know how you can sleep at night.
Posted by Gordon Bonnet at 2:07 AM