Despite all of the daily litany of depressing and/or fury-inducing news, I'm pleased to say that the scientists are still hard at work showing us more of the internal workings of the universe, giving us better insights into the nature of the cosmos even as most of the rest of us focus on the minuscule doings of one species on a tiny planet around a completely ordinary star in the edge of a spiral galaxy that is one amongst billions. 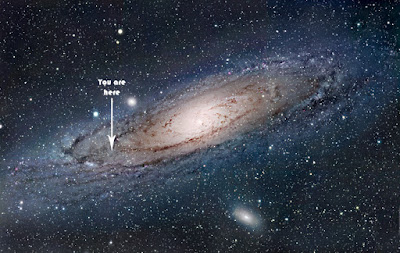 Not to denigrate my fellow humans, of course.  I rather like being human, and I'm awfully fond of the little floating green-and-blue sphere where I live.  But it's nice to know that while we focus on our petty concerns, we have people who are looking outward, not downward.

The discovery I'm referencing is the observation by LIGO (the Laser Interferometer Gravitational-wave Observatory) of the collision of two neutron stars.  Neutron stars are the phenomenally dense cores of exploded giant stars; their matter is so compressed that, in the famous comparison, one teaspoon of neutron star-stuff would weigh as much as Mount Everest.

What is stunning about this observation isn't just the thought of what it would be like to see two such dense objects collide; in fact, the collision itself is just part of what's fascinating about this event.  Other amazing features are:

The coolest part of all of this, however, is that the light and the gravitational waves from the collision arrived at detectors at the same moment -- showing that gravitational waves do indeed travel at the speed of light, which is one of the predictions of the General Theory of Relativity.  Put simply: Einstein wins again.

If that doesn't put relativity into the "proven beyond a shadow of a doubt" column, I don't know what would.

The result was a flurry of papers being published, including one in Astrophysical Journal Letters that had 4,500 authors from 910 different institutions -- which surely must be some kind of record.

Daniel Holz, astrophysicist at the University of Chicago, who worked on the LIGO project, said, "I can't think of a similar situation in the field of science in my lifetime, where a single event provides so many staggering insights about our universe."

So maybe it's time to take a step back from the dreary ongoing march of political news and think a little bit more about the bigger picture.  I mean, the really big picture.  The one that encompasses the entire universe in which we live.  And now, because of a cataclysmic event 130 million light years away, one piece of which we are now able to view with greater clarity and understanding.
Posted by Gordon Bonnet at 2:02 AM