Elegy for a dying language

In the village of Ayapa in southern Mexico there are two old men who don't much like each other, and despite the fact that they only live 500 meters away from each other, they haven't spoken in years.  One, Manuel Segovia, is described as being "a little prickly;" the other, Isidro Velazquez, is said to be stoic and a bit of a recluse.

All of which would be nothing more than a comical vignette into small-town life, except for the fact that they are the last two fluent speakers of the Ayapaneco language.  And, in fact, they have recently decided to put their feud behind them so they can work together to preserve it.

Ayapaneco is one of 68 indigenous languages in Mexico.  It is from the Mixe-Zoque family of languages, which are spoken by people of Olmec descent.  It survived the conquest of Mexico by the Spanish, but was finally done in by the institution of compulsory Spanish education in the 20th century and has been dwindling ever since.

My question of the day is: should we care?

Run that one around in your head for a while.

On the top of the list is Mandarin, the most widely-spoken language in the world.  English, predictably, follows.  Of the people who speak neither Mandarin nor English, a substantial fraction speak Hindi, Spanish, Russian, or some dialect of Arabic.  Most of the rest of the world's languages?  Inconsequential -- at least in numbers. 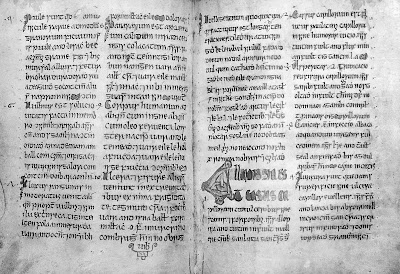 Linguists, obviously, care deeply about this.  Michael Krauss, professor emeritus of the University of Alaska at Fairbanks, has stated, "... it is catastrophic for the future of mankind.  It should be as scary as losing 90% of the biological species."

Is he right?  The argument for preserving languages is mostly derived from a cultural knowledge perspective; language is a way of encoding knowledge, and each different sort of code represents a unique body of that knowledge.  It's sort of an expanded version of the Sapir-Whorf hypothesis, that states that the language you speak alters how you think (and vice versa).  That argument has its points, but it is also specious in the sense that most languages can encode the same knowledge somehow, and therefore when the last native speaker of Ayapaneco dies, we won't have necessarily lost that culture's knowledge.  We may have lost the ability to figure out how that knowledge was encoded -- as we have with the Linear A writing of Crete -- but that's not the same as losing the knowledge itself.

The analogy to biodiversity is also a bit specious.  Languages don't form some kind of synergistic whole, as the species in an ecosystem do, where the loss of any one thread can cause the whole thing to come unraveled.  In fact, you might argue the opposite -- that having lots of unique languages in an area (such as the hundreds of mutually incomprehensible native languages in Australia) can actually impede cultural communication and understanding.  Species loss can destroy an ecosystem -- witness what's happening in Haiti and Madagascar.  It's a little hard to imagine language loss as having those same kinds of effects on the cultural landscape of the world.

Still, I can't help wishing for the extinction to stop.  It's just sad -- the fact that the number of native speakers of the beautiful Irish Gaelic and Breton languages are steadily decreasing, that there are languages (primarily in Australia and amongst the native languages of North and South America) for whom the last native speakers will die in the next five to ten years without ever having a linguist study, or even record, what it sounded like.  I don't have a cogent argument from a utilitarian standpoint abut why this is a bad thing.  It's aesthetics, pure and simple -- languages are cool.  The idea that English and Mandarin can swamp Twi and Yanomami is probably unavoidable, and it even follows the purely Dawkinsian concept of the competition between memes.  But I don't have to like it, any more than I like the fact that my bird feeders are more often visited by starlings than by indigo buntings.
Posted by Gordon Bonnet at 2:02 AM