Yesterday I ran into a piece of research that links two of my most passionate interests: critical thinking and linguistics.

In a paper in The Quarterly Journal of Experimental Psychology called "Breaking Magic: Foreign Language Suppresses Superstition," Constantinos Hadjichristidis and Luca Surian of the University of Trento (Italy) and Janet Geipel of the Vrieje Universiteit Amsterdam have shown that your tendency to experience superstitious beliefs and feelings decreases when you are forced to think in a different language from your native tongue. 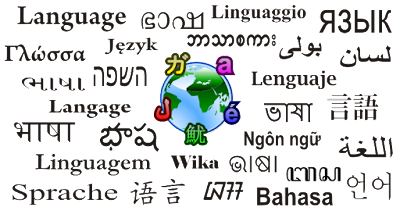 
Participants read scenarios either in their native or a foreign language.  In each scenario, participants were asked to imagine performing an action (e.g., submitting a job application) under a superstitious circumstance (e.g., broken mirror; four-leaf clover) and to rate how they would feel.  Overall, foreign language prompted less negative feelings towards bad-luck scenarios, less positive feelings towards good-luck scenarios, while it exerted no influence on non-superstitious, control scenarios.  We attribute these findings to language-dependent memory.  Superstitious beliefs are typically acquired and used in contexts involving the native language.  As a result, the native language evokes them more forcefully than a foreign language.

I never fail to be amazed at how easy it is for our context to manipulate our thoughts and feelings.  I have -- I suspect we all have -- this sense of being solid, rooted, that my beliefs are what they are and won't change unless I make a conscious decision to change them.  In reality, we are all being buffeted about by the winds of circumstance, and worse, we're generally unaware of it when it happens.

Alex Fradera, writing about the Hadjichristidis et al. paper at The Journal of the British Psychological Society, points out that this is not the only effect of thinking in another language.  We are --unsurprising, considering this new research -- less prone to cognitive biases when we're not speaking or listening to our first language.  Fascinatingly, we also swear more freely and richly in other languages -- perhaps because the emotional punch of our non-native languages is almost certainly going to be less than that of our first, so we feel greater inhibitions toward turning the air blue in the language we learned as an infant.

Of course, there are exceptions.  My mother's brother, who (along with the rest of that side of the family) spoke French as his first language, had a creative mastery of the swear word that it would be hard to beat.  One of his milder ones was "ca ne vaut qu'un pet de lapin" for something that's worthless -- "it's not worth a rabbit's fart."  A somewhat more pungent one was "j'en ai plus rien a foutre" -- basically, French for "I have run out of fucks to give."  And I never noticed him having any particular reluctance for using them.  He did lay off a little when my mom was around, but that wasn't due to inhibitions so much as the fact of her smacking him whenever he swore.

About the recent research, Fradera writes:


Intuition depends on easily accessible connections, such as the term “broken mirror” being repeatedly associated with dismay or discomfort.  These connections tend to be built in earlier life, and invariably in our native tongue (the German participants in this research had only begun learning English from age 12, on average).  When we encounter a concept loaded with superstitious symbolism in our second tongue, we know what it means literally, but the emotional associations don’t come along automatically.

Left unchecked, our thinking is always influenced by our intuitions, which means even those who want to live as hard-nosed materialists may find magical thinking creeping in through the side gate.  One way to combat this is to monitor the ideas that form and try to expel the unwanted influences. But this research suggests another approach: bar the gate so the influences don’t enter in the first place.  For now, this option is only available to bilinguals, but it opens a route for discovering other modes of thinking that are more intuition-free.

One has to wonder if a person in a circumstance where (s)he is forced to think in a non-native language -- such as someone spending a year abroad -- might see a lowered influence of superstition carrying over when they return home.  Patterns of thought do become habits -- wouldn't it be nice if a propensity for rational thought could be fostered simply by sending someone to a different country?

Of course, there would be a lot of other benefits as well. As Mark Twain put it, "Travel is fatal to prejudice, bigotry, and narrow-mindedness, and many of our people need it sorely on these accounts.  Broad, wholesome, charitable views of men and things cannot be acquired by vegetating in one little corner of the earth all one's lifetime."
Posted by Gordon Bonnet at 2:00 AM