Last night I dreamed I was in my classroom.  It wasn't my real classroom, however -- it looked like a 19th century lecture hall.  Wooden desks, old cabinets containing jars with ground-glass stoppers, various pieces of equipment of uncertain purpose, some of which looked like (and may in fact have been) torture equipment.  My son lived in an apartment above my classroom, with his wife, which is especially curious because he's not married.  I was teaching a lesson on the reproductive systems of monkeys, but my students weren't listening.  Also, my son kept coming out on the balcony (of course there was a balcony) and interrupting my lecture to ask me questions about the rules of rugby.

After that, it got a little weird.

Neuroscientists have been trying to figure out the physiological function of dreams for years.  The contention is that they must be doing something important, because they're so ubiquitous.  Judging from my own dogs, even other species dream.  Sometimes they have exciting dreams, with muted little barks and twitching paws, often ending in a growl and a shake of the head, as if they're killing some poor defenseless prey; other times they have placid dreams, eliciting a sigh and a wagging tail, which ranks right up there amongst the cutest things I've ever seen.

But what purpose dreams serve has been elusive.  There's some contention that dreaming might help consolidate memory; that it may help to eliminate old synaptic connections that are no longer useful; and that it might function to reset neurotransmitter receptors, especially those connected with the neurotransmitter dopamine.  But last week, some neuropsychologists at Rutgers University have found evidence of yet another function of dreaming; making people less likely to overreact in scary situations. 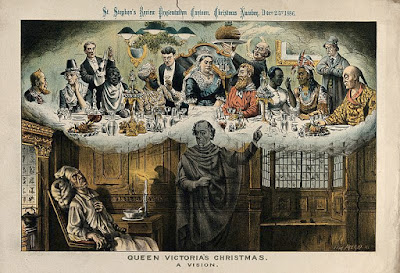 In "Baseline Levels of Rapid-Eye-Movement Sleep May Protect Against Excessive Activity in Fear-Related Neural Circuitry," by Itamar Lerner, Shira M. Lupkin, Neha Sinha, Alan Tsai, and Mark A. Gluck, we learn that people who have been deprived of REM (rapid eye movement, the phase of sleep where dreaming occurs) are more likely to experience extreme anxiety and PTSD-like symptoms than people who have been REMing normally, as well as higher activity in the amygdala -- the part of the brain associated with fear, anxiety, and anger.


Sleep, and particularly rapid-eye movement sleep (REM), has been implicated in the modulation of neural activity following fear conditioning and extinction in both human and animal studies.  It has long been presumed that such effects play a role in the formation and persistence of Post-Traumatic-Stress-disorder, of which sleep impairments are a core feature.  However, to date, few studies have thoroughly examined the potential effects of sleep prior to conditioning on subsequent acquisition of fear learning in humans.  Further, these studies have been restricted to analyzing the effects of a single night of sleep—thus assuming a state-like relationship between the two.  In the current study, we employed long-term mobile sleep monitoring and functional neuroimaging (fMRI) to explore whether trait-like variations in sleep patterns, measured in advance in both male and female participants, predict subsequent patterns of neural activity during fear learning.  Our results indicate that higher baseline levels of REM sleep predict reduced fear-related activity in, and connectivity between, the hippocampus, amygdala and ventromedial PFC during conditioning.  Additionally, Skin-Conductance-Responses (SCR) were weakly correlated to the activity in the amygdala.  Conversely, there was no direct correlation between REM sleep and SCR, indicating that REM may only modulate fear acquisition indirectly.  In a follow-up experiment, we show that these results are replicable, though to a lesser extent, when measuring sleep over a single night just prior to conditioning.  As such, baseline sleep parameters may be able to serve as biomarkers for resilience, or lack thereof, to trauma.

Which I find pretty fascinating.  I had sleep problems for years, finally (at least in part) resolved after a visit to a sleep lab and a prescription for a CPAP machine.  Turns out I have obstructive sleep apnea, apparently due to a narrow tracheal opening, and was waking up 23 times an hour.  I'm still not a really sound sleeper, but I feel like at least I'm not sleepwalking through life the way I was, pre-CPAP.  I also suffer from pretty severe social anxiety, and although I'm not convinced that the two are related, it is curious that the researchers found that a lack of REM ramps up anxiety.

However, even after fixing my apnea, my nights are still disturbed by bizarre dreams, for no particularly apparent reason.  I don't dream about things I'm anxious over, for the most part; my dreams are often weird and disjointed, with scenarios that make sense while I'm dreaming and seem ridiculous once I'm awake.  But what does it all mean?  I am extremely dubious about those "Your Dreams Interpreted" books that tell you that if you dream about a horse, it means you are secretly in love with your neighbor.  (I just made that up.  I have no idea what those books say about dreaming about horses, and I'm not sufficiently motivated to go find out.)  In any case, it's highly unlikely that even a symbolic interpretation of dream imagery would be consistent from person to person.

So the study by Lerner et al. is fascinating, but doesn't really explain the content of dreams, nor why they can be so absolutely convincing when you're in them, and entirely absurd after you wake up.  But I better wrap this up.  I gotta go do some research in case Lucas wants to chat with me, because I might be able to hold my own when the topic is monkey junk, but I know bugger-all about rugby.
Posted by Gordon Bonnet at 2:00 AM