Last week there was a paper released in the Journal of Personality and Individual Differences called, "Epistemic Rationality: Skepticism Toward Unfounded Beliefs Requires Sufficient Cognitive Ability and Motivation to be Rational."  Understandably enough, the title made me sit up and take notice, as this topic has been my bread and butter for years.  The authors, Tomas Ståhl (of the University of Illinois) and Jan-Willem van Prooijen (of the Vrije Universiteit Amsterdam), describe their work thus:


Why does belief in the paranormal, conspiracy theories, and various other phenomena that are not backed up by evidence remain widespread in modern society?  In the present research we adopt an individual difference approach, as we seek to identify psychological precursors of skepticism toward unfounded beliefs.  We propose that part of the reason why unfounded beliefs are so widespread is because skepticism requires both sufficient analytic skills, and the motivation to form beliefs on rational grounds...  [W]e show that analytic thinking is associated with a lower inclination to believe various conspiracy theories, and paranormal phenomena, but only among individuals who strongly value epistemic rationality...  We also provide evidence suggesting that general cognitive ability, rather than analytic cognitive style, is the underlying facet of analytic thinking that is responsible for these effects.

The first bit is hardly a surprise, and is the entire raison d'être of my Critical Thinking class.  Skepticism is not only a way of looking at the world, it's a skill; and like any skill, it takes practice.  Adopting a rational approach to understanding the universe means learning some of the ways in which irrationality occurs, and figuring out how to avoid them.

The second part, though, is more interesting, but also more insidious: in order to be a skeptic, you have to be motivated toward rational thought -- and value it. 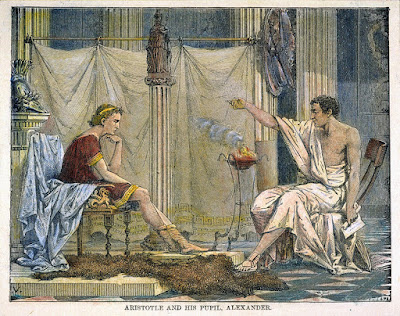 This explains the interaction I had with one of my AP Biology students many years ago.  Young-Earth creationists don't, by and large, take my AP class.  My background is in evolutionary genetics, so most of them steer clear, sensing that they're in hostile territory.  (I will say in my own defense that I never treat students in a hostile manner; and the few times I have had a creationist take my class, it was a positive experience, and kept me on my toes to present my arguments as cogently as possible.)

This young lady, however, stood out.  She was absolutely brilliant, acing damn near every quiz I gave.  She had a knack for understanding science that was nothing short of extraordinary.  So we went through the unit on genetics, and I presented the introduction to the unit on evolution, in which I laid out the argument supporting the theory of evolution, explaining how it fits every bit of hard evidence we've got.

That day, she asked if she could talk to me after class.  I said, "Sure," and had no guess about what she might have wanted to talk to me about.

I was absolutely flabbergasted when she said, "I just want you to know that I'm a creationist."

I must have goggled at her for a moment -- after (at that point) two decades as a teacher, I had pretty good control over my facial expressions, but not that good.  She hastily added, "I'm not saying I'm going to argue with you, or that I'm refusing to learn the material, or anything.  I just wanted you to know where I was coming from."

I said, "Okay.  That's fine, and thanks for being up front with me.  But do you mind if I ask you a couple of questions?"

So I asked her where the argument I'd presented in class fell apart for her.  What part of the evidence or logical chain didn't work?

She said, "None of it.  It's all logical and makes perfect sense."

I must have goggled again, because she continued, "I understand your argument, and it's logically sound.  I don't disbelieve in the evidence you told us about.  But I still don't believe in evolution."

The upshot of it was that for her, belief and rationality did not intersect.  She believed what she believed, and if rational argument contradicted it, that was that.  She didn't argue, she didn't look for counterevidence; she simply dismissed it.  Done.

The research by Ståhl and van Prooijen suggests that the issue with her is that she had no motivation to apply rationality to this situation.  She certainly wasn't short of cognitive ability; she outperformed most of the students in the class (including, I might add, on the test on evolutionary theory).  But there was no motive for her to apply logic to a situation that for her, was beyond the reach of logic.  You got there by faith, or not at all.

To this day, and of all the students I've taught, this young lady remains one of the abiding puzzles.  Her ability to compartmentalize her brain that way -- I'll apply logic here, and it gives me the right answers, but not here, because it'll give me the wrong answers -- is so foreign to my way of thinking that it borders on the incomprehensible.  For me, if science, logic, and rationality work as a way of teasing out fact from falsehood, then -- they work.  You can't use the same basic principles and have them alternate between giving you true and false conclusions, unless the method itself is invalid.

Which, interestingly, is not what she was claiming.

And this is a difficulty that I have a hard time seeing any way to surmount.  Anyone can be taught some basic critical thinking skills; but if they have no motivation to apply them, or (worse) if pre-existing religious or political beliefs actually give them a motivation not to apply them, the argument is already lost.

So that's a little depressing.  Sorry.  I'm still all for teaching cognitive skills (hell, if I wasn't, I'm seriously in the wrong profession).  But what to do about motivation is a puzzle.  It once again seems to me that like my student's attitude toward faith-based belief, being motivated to use logic to understand your world is something about which you have to make a deliberate choice.

You get there because you choose to accept rational argument, or you don't get there at all.
Posted by Gordon Bonnet at 2:02 AM