Twenty-six people are dead in yet another mass shooting, this one in a Baptist church in Sutherland Springs, a small community 21 miles from San Antonio, Texas.

The killer, Devin Patrick Kelley, died near the scene of the crime.  He had been fired upon by a local resident as he fled the church, and was later found in his car, dead of a gunshot wound.  It is at present undetermined if the bullet that killed him came from the resident's gun, or if it was a self-inflicted wound. 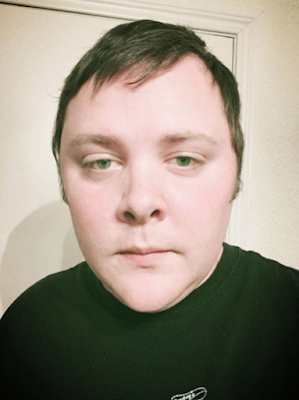 Wiser heads than mine have already taken up the issue of stricter gun control, especially in cases like Kelley's.  Kelley was court martialled in 2012 for an assault on his wife and child, spent a year in prison, and was dishonorably discharged.  All I will say is that I find it a little hard to defend an assault rifle being in the hands of a man who had been convicted of... assault.

I also have to throw out there that the whole "thoughts and prayers" thing is getting a little old.  If thoughts and prayers worked, you'd think the attack wouldn't have happened in the first place, given that the victims were in a freakin' church when it occurred.

But that's not why I'm writing about Kelley and the Sutherland Springs attack.  What I'd like to address here is how, within twelve hours of the attack, there was an immediate attempt by damn near everybody to link Kelley to a variety of groups, in each case to conform to the claimant's personal bias about how the world works.

Here are just a few of the ones I've run into:

And so on and so forth.

Look, I've made the point before.  You can't stop this kind of thing from zinging at light speed around the interwebz.  Fake news agencies gonna fake news, crazies gonna craze, you know?  Some of these sources were obviously pseudo-satirical clickbait right from the get-go.  I mean, did anyone even look at the name of the site Freedum Junkshun and wonder why they spelled it that way?

And for heaven's sake, Mike Cernovich and Alex Jones?  At this point, if Cernovich and Jones said the grass was green, I'd want an independent source to corroborate the claim.

So it's not the existence of these ridiculous claims I want to address.  It's the people who hear them and unquestioningly believe them.

I know it's easy to fall into the confirmation bias trap -- accepting a claim because it's in line with what you already believed, be it that all conservatives are violent gun nuts, all liberals scheming slimeballs, all Muslims potential suicide bombers, all religious people starry-eyed fanatics, all atheists amoral agents of Satan himself.  It takes work to counter our tendency to swallow whole any evidence of what we already believed.

But you know what?  You have to do it.  Because otherwise you become prey to the aforementioned crazies and promoters of fake news clickbait.  If you don't corroborate what you post, you're not supporting your beliefs; you're playing right into the hands of people who are trying to use your singleminded adherence to your sense of correctness to achieve their own ends.

At the time of this writing, we know next to nothing about Devin Patrick Kelley other than his military record and jail time.  We don't know which, if any, political affiliation he had, whether or not he was religious, whether he was an activist or simply someone who wanted to kill people.  So all of this speculation, all of these specious claims, are entirely vacuous.

Presumably at some point we'll know more about Kelley.  At the moment, we don't.

So please please please stop auto-posting these stories.  At the very least, cross-check what you post against other sources, and check out a few sources from different viewpoints.  (Of course if you cross-check Breitbart against Fox News, or Raw Story against ThinkProgress, you're gonna get the same answer.  That's not cross-checking, that's slamming the door on the echo chamber.)

Otherwise you are not only falling for nonsense, you are directly contributing to the divisiveness that is currently ripping our nation apart.

As the brilliant physicist Richard Feynman put it: "You must be careful not to believe something simply because you want it to be true.  Nobody can fool you as easily as you can fool yourself."
Posted by Gordon Bonnet at 1:54 AM