The persistence of belief

Two studies published last week were profoundly discouraging to people like me, who spend a lot of time trying to promote skepticism and critical thinking, and squelching loopy claims.

The first was a study of American beliefs done at Chapman University.  The study found that:
Only a quarter of the people surveyed held no paranormal beliefs whatsoever.

If that's not discouraging enough, compare that to a Gallup poll this year that found only 19% of the Americans surveyed believed that evolution exists and operates through purely natural forces.  So yes: apparently more Americans believe Carrie is a historical documentary than believe in non-god-driven evolutionary biology. 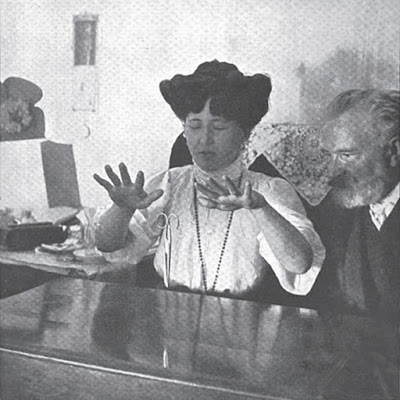 Then we had a paper called "Poor Metacognitive Awareness of Belief Change," by Michael B. Wolfe and Todd J. Williams of Grand Valley State University, that appeared in the Quarterly Journal of Experimental Psychology.  This study found that yes, you can sometimes change people's opinions with the facts.  They gave people (actual) studies to read showing that spanking is a lousy method of discipline -- it simply doesn't work, and has a number of well-documented bad side effects on children.  (And don't even start with me about "I was spanked as a child and I'm fine."  If that's true, I'm glad you turned out okay, but you should appreciate the fact that you were lucky -- the research is absolutely unequivocal about the negative effects and poor efficacy of spanking.)

And some people did change their minds.  Which is encouraging.  But when the subjects were questioned afterwards, the researchers found that the ones whose stance changed tended to misremember their original beliefs.

In other words: they reported that their beliefs hadn't shifted much, that apropos of their new position, they knew it all along.


When people change beliefs as a result of reading a text, are they aware of these changes?...  [T]he relationship between the belief consistency of the text read and accuracy of belief recollections was mediated by belief change.  This belief memory bias was independent of on-line text processing and comprehension measures, and indicates poor metacognitive awareness of belief change.

Which is frustrating.  The implication is that most of us have such poor self-awareness that we don't even notice when our opinions change.  I suppose it's natural enough; it's hard for all of us to say, "Okay, I guess I was wrong."

But for cryin' in the sink, learning how to admit error is part of growing up.  The world is a complex, counterintuitive place, and we have fallible sensory organs and brains, so of course we're going to get it wrong sometimes.  Because of that, we have to learn not only to admit error, but to examine our own beliefs and biases with a high-power lens.  If you don't periodically look at your own most dearly-held beliefs and ask, "Could I be wrong about this?  How could I tell?  And what would that mean?", you are stumbling around in the dark with no clear way of figuring out where you've made a mistake.

So we skeptics have to toil on.  I'm not saying I'm right about everything -- far from it -- but I will maintain that skepticism, logic, and science are the best ways of sifting fact from fiction.  It's disappointing that we're still a nation where every other person you meet believes in haunted houses, but there is a remedy.  And if, as the second study suggests, the people we convince end up saying, "Meh, I never really believed in ghosts in the first place," I can accept that as the next best outcome to an outright admission of error.
Posted by Gordon Bonnet at 1:59 AM