Today, I ran across a truly wonderful site, if by "wonderful" you mean "bizarre."  It is called Divinorum Psychonauticus, which loosely translated from sort-of Latin means "Spirit Sailor of the Divine," even though to my ears it sounds like a spell from Harry Potter.  The site is subtitled "Where science fears to tread, art staggereth."  Whatever the fuck that means.  Its creator, Erich Kuersten, seems to be a raving wingnut, although in his defense he's up front about that.  In his "About This Author" paragraph he calls himself "legally insane ten times over," although in his posts, he seems entirely serious; I saw none of the hallmarks of Divinorum Psychonauticus being a spoof site.  In any case, I bumped into the site because of the post, "The Bigfoot-Ancient Alien Connection: Solved!", whose title seemed to promise great things.

I was not disappointed.

The first thing I noticed was how deftly the article explains why we haven't seen Bigfoot.  It is not, as many think, because Bigfoot doesn't exist.  It is also not, as others explain, that Bigfoots are intelligent, wary primates who live in trackless wilderness with plenty of places to hide.

No, it's because Bigfoots have all of their junk DNA turned on, and that allows them to time travel.  In Kuersten's words:


Our DNA is tampered [sic] down, which is to say a lot of our 'junk DNA' is disconnected. We're like parrots with clipped wings, while Bigfoot's are unclipped. If we could access all 100% of our brain, 'turn on' the dormant DNA, we could do some of the things Bigfoot does, such us 'skipping' through time, being able to wink in and out of existence (and thus avoid capture).  In fact this is why they are so evasive... they're on the run if you will, from the castrating scissors of the Greys.

Well, I have to admit that if a gray alien with castrating scissors was chasing me, I'd try to avoid capture, too.

Kuersten then adds a nice seasoning of biblical "history" to the mix:


The story of the Great Flood and all that - the Annunaki went to wipe us all out and start again because they made us in their image and likeness and with many of their powers, their ability to tap into the higher dimensions of consciousness (there are nine total), to vibrate their Kundalini energy in and out of existence and forward and backwards through time, and into alternate dimensions.  So when the sasquatch /earlier race learned how to 'wink out' they no longer wanted to mine gold for their masters.  They had the power to hide, and went on the run.  The next wave of humans (the Annunaki/Greys spliced with early ape hominid DNA) had these aspects of the brain shut off, the wings clipped.  But the flood couldn't reach the high up mountains, which is why the bigfoot and yeti are often found there.

Is that why that is?  I'd always wondered.  The Himalayas, for example, have always seemed to me to be a singularly inhospitable place, what with all that snow and ice and thin air.  If I were a primitive hominid, I would choose somewhere rather nicer to live.  Maui, for example.  But evidently the reason you never see sasquatches on the beach, wearing swim trunks and sipping drinks with little umbrellas, is because they got stranded up in the mountains after the Great Flood and now, 4,000-odd years later, they still haven't been able to find their way down.

But why, you might ask, are Bigfoots frequently seen getting in and out of UFOs?  I know I've asked that question myself, and usually my response has been, "hallucinogenic drugs."  But Kuersten disagrees:


The reason Bigfoots are sometimes found getting into and out of UFOs is explainable as either a kind of bigfoot terminator or traitor, working to infiltrate the bigfoot colonies, or various 'friendly' alien visitors--the equivalent of, say, Kevin Costner in Dances with Wolves.

Okay, now I understand!  Some of the Bigfoots are in cahoots with evil aliens.  Or friendly aliens.  Or Kevin Costner. 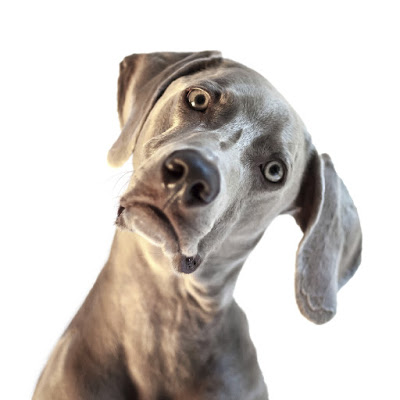 Figure 1.  My expression while reading all of this.

And finally, how does Kuersten know all of this, as clearly there is no way you could get here via any of the more standard ways of thinking?  By this time, you will not be surprised to find out that the answer is: spirit animal guides.


I asked my 'channeled' guru panther animal spirit guide.  Believe it or not, that's what he 'told' me, in the weird non-linguistic way that spirit guides will.  Now, he's quite a trickster as I've learned on more than one occasion.  But this all makes a lot more sense than some of the daffy theories (I've heard), so I'm posting it here.  Make of it what you will, and remember, the truth is so strange no language can encompass it, so never be afraid to leave language at the door when entering the higher planes!

Oh, I will, Erich.  I left language with baggage check, and am ready to be x-rayed by the TSA (Transcendental Safety Authority) before boarding my astral plane!

If you're not satisfied with this selection from Divinorum Psychonauticus, there's also "Remembering my 2012 Galactic Alignment Euphoria, Non-Duality, Quetzlcoatl Visions, Cult Leadership, and Inevitable Fever," "The New Line of Alien-Human Hybrids - Wilkommen auf der Future!", and "Uma Thurman is From Venus."  And yes, in that last one, he is talking about the planet Venus, i.e., the place with an atmosphere of carbon dioxide and sulfuric acid, where the surface temperature averages 462 C.  (I've heard people say that Uma Thurman is hot, but I don't think that's what they meant.) 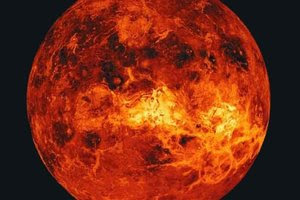 So anyway.  That's our brief foray into the deep end of the pool for today.  It's kind of like a recipe for a woo-woo casserole, isn't it?

In a large mixing bowl, place 2 lbs. finely ground Bigfoot. Add:
Pairs excellently with most wines.  In fact, the more your guests drink, the more palatable the casserole will seem.
Posted by Gordon Bonnet at 2:02 AM