Every time I think homeopathy can't get more ridiculous, I turn out to be wrong.

I thought they'd plunged to the bottom of the Crazy Barrel with their announcement of a remedy called "homeopathic water."  This is, unfortunately, exactly what it sounds like.  It's water diluted with water, then shaken up, then diluted again and again.

So I thought, "This is it.  It can't get any loonier than that."

I was very, very wrong, and found out the depth of my mistake at Frank van der Kooy's site Complementary Medicine -- Exposing Academic Charlatans, wherein we find out that watering water down with water is far from the nuttiest thing the homeopaths make "remedies" from.

Here are a few things that van der Kooy found out form the basis of a homeopathic remedy: 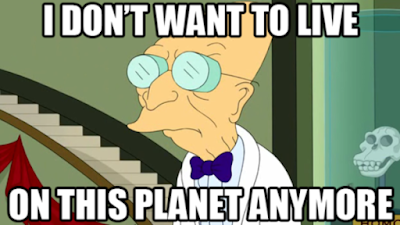 Van der Kooy has other examples, and some really amusing commentary, so I urge you to check out his website, as long as you don't mind further declines in your opinion about the general intelligence of the human species.

Once again, I'm struck not by people coming up with this nonsense -- because selling nonsense to make money has been a pastime of humans for a long, long time.  What gets me is that apparently people read this stuff, and don't have the response that I did, which is to snort derisively and say, "You have got to be fucking kidding me."  Instead, they pull out their credit cards and start buying.

So here we are again, shaking our heads in utter bafflement.  At least I hope you are.  I hope you haven't read this and said, "What's he pissing and moaning for?  This all makes perfect sense."  If that was, in fact, your response, please don't tell me about it.  Now y'all will have to excuse me, because I'm going to go take my anti-despair Berlin Wall remedy, mixed well into a double scotch.  That might actually have some effect.