Quote mining is a particularly maddening way of misrepresenting a person's position.

This practice involves sifting through the writings of an opponent or opponents, and lifting quotes that, taken out of context, sound like they support the opposite viewpoint.  Here's a famous example, from Ken Ham's site Answers in Genesis, wherein he presents the following quote from Darwin's Origin of Species:


To suppose that the eye with all its inimitable contrivances for adjusting the focus to different distances, for admitting different amounts of light, and for the correction of spherical and chromatic aberration, could have been formed by natural selection, seems, I freely confess, absurd in the highest degree.

Sounds like old Charlie was doubting his own theory to the point of throwing his hands up in despair, doesn't it?  But only if you stop there, and don't read the very next paragraph:

Much in the same vein, consider the crowing over a new analysis of paleontological evidence I saw on more than one anti-evolution website, accompanied by comments like "the evolutionists admit there's no way evolution can be correct!"  Here's the excerpted quotes:


How do the large-scale patterns we observe in evolution arise?  A new paper in the journal Evolution by researchers at Uppsala University and University of Leeds argues that many of them are a type of statistical artefact caused by our unavoidably recent viewpoint looking back into the past.  As a result, it might not be possible to draw any conclusions about what caused the enormous changes in diversity we see through time...   Because the resulting patterns are an inevitable feature of the sorts of groups available for us to study, Budd and Mann argue, it follows that we cannot perceive any particular cause of them: they simply arise from statistical fluctuation.

Well, one of the sites made the mistake of linking to the actual press release about the study, on Science Daily, so I went and read it for myself.   Needless to say, there's nothing about the study that calls into question evolutionary theory; what it's saying is that using available fossil evidence to estimate changes in the rate of evolution may not be accurate. 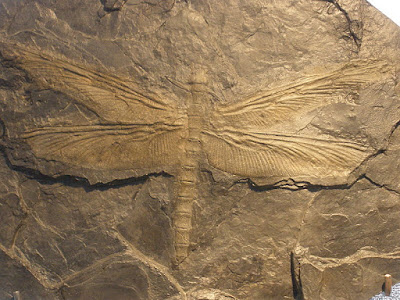 But that's not how it's being cast.  The creationists are portraying this as the evolutionists waving a white flag and admitting that they've been wrong all along.  Which is disingenuous at best, and an outright lie at worst.

Quote mining -- and its statistical close cousin, cherry-picking -- smack of desperation, don't they?  It's almost as if they realize, deep down, that they have no legitimate, logical, evidence-based argument for their own stance, so they have to fall back on misrepresenting the opposing view.

The most frustrating part, though, is how confirmation bias enters into this.  Because my sense is that the people who are true believers never question whether the way the research is being portrayed is accurate.  I'd like to know how many of them, even when provided with a link, actually went and read the press release (much less the original, peer-reviewed paper).

I guess if you start out from the stance that your conclusion is true no matter what, you don't need to do any research, or (heaven forfend) reconsider your claim.

So that was my exercise in futility for the day.  And really, what Budd and Mann are doing is how science progresses; by people taking nothing for granted, questioning our base assumptions, asking the hard and controversial questions, and -- this is the most important part -- going where the evidence demands.

Which is the only honest way to approach understanding.