Unless you're watching drastically different news media than I do, you answered "homicide."  The media, and many people in the government, harp continuously on how dangerous our cities are, how we're all terribly vulnerable, and how you need to protect yourself.  This, of course, plays right into the narrative of groups like the NRA, whose bread and butter is convincing people they're unsafe.

Now, don't get me wrong; there are dangerous places in the United States and elsewhere.  And I'm not arguing against -- hell, I'm not even addressing -- the whole issue of gun ownership and a person's right to defend him or herself.  But the sense in this country that homicide is a huge problem and suicide is largely invisible reflects a fundamental untruth.

Because in the United States, suicide is almost three times more common than homicide.  The most recent statistics on homicide is that there are 5.3 homicides per 100,000 people.  Not only is this lower than the global average (which in 2016 was 7.3 violent deaths per 100,000 people), it has been declining steadily since 1990.

It's appalling that most Americans don't know this.  A study released this week by researchers at the University of Washington, Northeastern University, and Harvard University showed that the vast majority of United States citizens rank homicide as a far higher risk than suicide.

"This research indicates that in the scope of violent death, the majority of U.S. adults don't know how people are dying," said Erin Morgan, lead author and doctoral student in the Department of Epidemiology at the University of Washington School of Public Health.  "Knowing that the presence of a firearm increases the risk for suicide, and that firearm suicide is substantially more common than firearm homicide, may lead people to think twice about whether or not firearm ownership and their storage practices are really the safest options for them and their household...  The relative frequencies that respondents reported didn't match up with the state's data when we compared them to vital statistics.  The inconsistency between the true causes and what the public perceives to be frequent causes of death indicates a gap in knowledge." 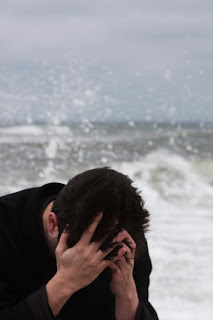 This further highlights the absurdity of our abysmal track record for mental health care.  Political careers are made over stances on crime reduction.  How many politicians even mention mental health policy as part of their platform?

The result is that even a lot of people who have health insurance have lousy coverage for mental health services.  Medications like antipsychotics and anxiolytics are expensive and often not covered, or only are partially covered.  I have a friend who has delayed getting on (much-needed) antidepressants for years -- mostly because of the difficulty of finding a qualified psychiatrist who can prescribe them, the fact that his health insurance has piss-poor mental health coverage, and the high co-pay on the medication itself.

No wonder the suicide rate is climbing.  Dealing with mental health is simply not a national priority.

It's time to turn this around.  Phone your local, state, and federal representatives.  My guess is that at least some part of the inaction is not deliberate; I'll bet that just as few of them know the statistics on suicide and homicide as the rest of the populace.

But once we know, it's time to act.  As study co-author Erin Morgan put it, "We know that this is a mixture of mass and individual communication, but what really leads people to draw the conclusions that they do?  If people think that the rate of homicide is really high because that's what is shown on the news and on fictional TV shows, then these are opportunities to start to portray a more realistic picture of what's happening."