Today, I want to look at some awesome shorts that were too good to pass up. 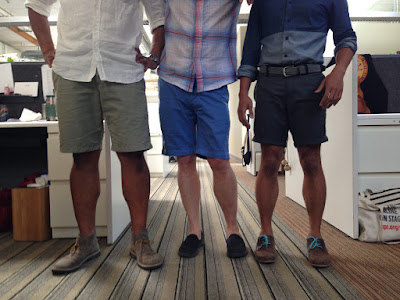 No, not that kind.

In the last couple of days I found three recent bits of research that are just plain cool, and I couldn't resist sharing them with you.

Called Nanjinganthus dendrostyla, this little flower grew during a time when we'd thought there was nothing much around, botanically speaking, but gymnosperms (relatives of today's spruces, firs, and pines), ferns, and other more primitive plants.  But a fantastically well-preserved group of fossils has shown that they shared the space with some of the earliest angiosperms, or flowering plants. 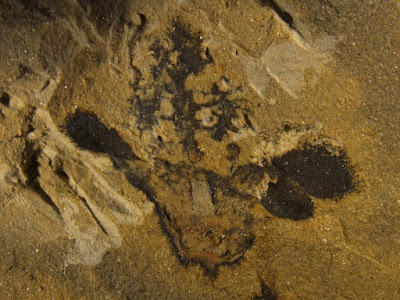 After careful microscopic analysis of the flower, the researchers put it together like this: 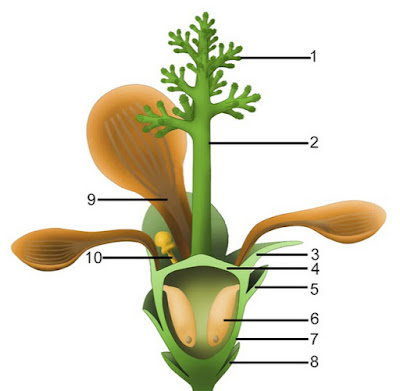 So cool, even if it's not something you'd necessarily want as the centerpiece of your garden.

The significance of the discovery goes beyond its age.  There are some other features that bear mention, as is described over at the blog In Defense of Plants (linked above):


Another surprising feature is the presence of an inferior ovary that, by its very definition, sits below the sepals and petals.  It has long been hypothesized that early angiosperms would exhibit superior ovaries so this discovery means that we must rethink our expectations of how flowers evolved.  For instance, it suggests we may not be able to make broad inferences on the past based on what we see in extant angiosperm lineages.  It could also suggest that the origin of flowering plants was not a single event but rather a series of individual occurrences.  It could also be the case that the origin of flowering plants occurred much earlier than the Jurassic and that Nanjinganthus represents one of many derived forms.  Only further study and more fossils can help us answer such questions.


The second story comes from zoology, and it concerns eyeless cave fish -- fish whose ancestors were trapped in dark caves, and evolved to lose their visual sense.  There's a fundamental misunderstanding that a lot of people have about these species, usually centering around the Lamarckian view that the fish lost their eyes "because they didn't need them any more."  The actual truth of the matter seems to be that if you're in perpetual darkness, using a lot of your energy to produce and maintain a structure as complex and delicate as the eye would be a waste, and diverting those resources to other, more useful purposes is a significant advantage.  It's a subtle point, but an important one. 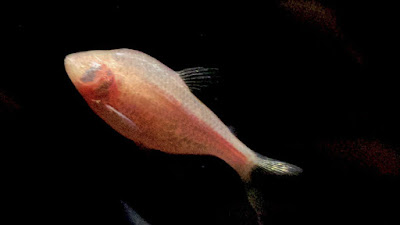 In any case, this current research turns on two questions -- how cave fish navigate their habitat, and why they have asymmetrical faces -- a curiosity that they share with blind cave crickets.

It turns out that the two questions are related.  The convex side of the fish's skull contains more neuromasts, organs that are not only tactile sensors but give fish information about vibrations and water speed and direction.  All fish have these, but blind fish rely on them to create a mental map of their habitat.  Researchers found that most of the fish have skulls that bend slightly to the left, meaning they're getting tactile input mostly from the right.  And just as you expect, the fish whose skull bends to the left keep their right side in close contact to the walls, and tend to move counterclockwise around their habitat -- and the right-bending fish move the opposite way!

The whole thing brings to mind an article that appeared many years ago in the inimitable science spoof The Journal of Irreproducible Results, describing a little mammal called the Sidehill Gouger that has two short legs on one side and two long legs on the other, so it can stand upright on hillsides.  Thus, like our cave fish, some Sidehill Gougers always travel clockwise, and others counterclockwise.  The article goes into the genetics of the trait, describing how the offspring of a right and a left-handed Gouger produces some of each, but heterozygous individuals end up with diagonally opposite short legs.

I doubt there's any analog in the cave fish, but it's interesting and more than a little ironic that a piece from JIR actually ended up within hailing distance of reality.


The last story puts to rest the idea that scientists don't know how to have fun.  A couple of mechanical engineers from Boston University, Alexandros Oratis and James Bird, published some research this week in Physical Review Letters describing the physics of shooting a rubber band -- and how to optimize your strategy so it goes straight and doesn't smack your thumb on the way out. 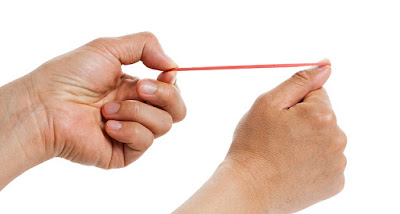 After filming rubber band shooting with an ultra-high-speed camera, what Oratis and Bird found was that when it comes to tension, less is more.  When the rubber band is released, the release of tension in the band zooms forward, and the back end of the band follows, but at a slower speed.  When the tension release reaches your thumb, it allows your thumb to snap forward, dodging the band as it passes.  If you pull too hard, the speed of the tension release is higher, and it's simply too fast for your thumb to duck out of the way.  The result: you give yourself a nice stinging smack.

Wider rubber bands also work better, and for a similar reason; they have a higher tension, so when that's released, your thumb jerks forward more quickly.

Me, I wonder how many times Oratis and Bird popped each other with rubber bands while doing this research.


So there you have it.  Rubber band war strategy, lopsided cave fish, and extremely early flowers.  All of which illustrate what I've claimed all along: science is fun.