It's undeniable that things have been a little weird lately.

To cite one example, just look at the revelations -- if I can use that word -- from the report on the Mueller investigation this past weekend.  At the time of this writing, outside of Mueller and his team, no one has seen the actual report except for Attorney General William Barr.  But this hasn't stopped everyone from having an opinion about what it says.  Democrats are livid because they're assuming Barr's statement -- that the report exonerates Trump from collusion and obstruction of justice -- accurately reflects the report itself.  Republicans are crowing for the same reason.  And Trump, who has been squawking "No collusion!  No collusion!" like some kind of demented, brain-damaged parrot for months, immediately responded via (of course) Twitter that he was now completely off the hook.

But it's the surreal aspect that I'm thinking about.  As a friend of mine put it, "It's like we've been living in a computer simulation being run by aliens.  And the aliens have gotten bored with their experiments, and now they're just fucking with us to see how we'll react."

Apparently he's not the only one thinking this way.  Because according to a guy who spoke at the SXSW Festival in Austin, Texas, we're not only in a simulation, but he's founding a church dedicated to getting us out of the matrix. 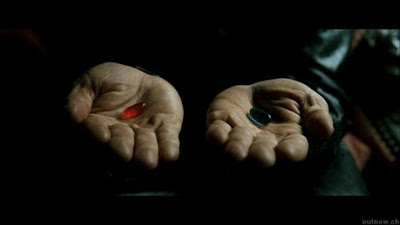 His name is George Hotz, and he's a 29-year-old hacker and founder of the self-driving car startup company Comma.ai.  The talk was entitled "Jailbreaking the Simulation," and here's a bit of it to give you the flavor of his claim:


We are in a simulation.  Has it occurred to you that means God is real?  By drawing parallels to worlds we have created, we ask, from inside our simulator, what actions do we have available?  Can we get out?  Meet God?  Kill him?


There’s no evidence this is not true.  It’s easy to imagine things that are so much smarter than you and they could build a cage you wouldn’t even recognize.

There's no evidence that the universe is not being controlled by a Giant Green Bunny from the Andromeda Galaxy, either.  Because that's not how evidence works.  And I'm a fiction writer, so trust me that I can easily imagine things that would blow your mind, or at least make you wonder if I was dropped on my head as an infant.  But my ability to imagine them is no indicator that any of them are real, which is why all of my books have the word "fiction" on the spine.


I’m thinking about starting a church. There are a lot of structural problems with companies — there’s no real way to win...  With companies, you only really lose.  I think churches might be much more aligned toward these goals, and the goal of the church would be realigning society’s efforts toward getting out [of the simulation].

I don't know about you, but I'm not getting the chain of reasoning, here.  "Companies aren't as lucrative as churches, so we need a church to figure out how to escape from the computer simulation we're trapped in" seems like a leap, logic-wise.

He finished up with a bit of a head-scratcher:

Do I actually believe it?  Some days yes.  Sometimes I don’t know how I feel about something until I say it out loud.

Which isn't exactly a ringing endorsement.

So I'm of two minds about all this.  The idea of being in a computer simulation has some appeal, because then it would mean that the last two years has been the result of some super-intelligent beings creating bizarre scenarios for experimental purposes, or at least for their own amusement.  I don't know about you, but I'd be much more comfortable in a universe where Donald Trump was fictional, although I must say that even my own imagination is insufficient to dream up a scenario where a grandstanding narcissistic reality-show host not only became president, but was treated by Christian evangelicals as the Second Coming of Christ despite being a walking encyclopedia of sins.

On the other hand, if we are in a simulation, it's a little alarming to consider the repercussions.  In The Matrix it didn't seem like it was all that great a choice for Neo to take the red pill, because the real reality kind of sucked.  You know, giant tentacled monsters trying to destroy your ship, multiple copies of Agent Smith gunning for you every where you go, and creepy albino twins zooming around destroying cars.  My opinion is that he might have been better off, all things considered, to wake up in his own bed and believe whatever he wanted to believe.

So offered the choice, I don't know what I'd do.  I guess it'd boil down to which was worse, carnivorous metallic squid trying to eat you for lunch, or having to put up with Donald Trump.  I guess I'll make that choice when and if it arises.