One of my besetting sins is being easily frustrated and taking things way too seriously.

Which is why recent developments in government have made me want to punch a wall.  Paul Manafort's softball prison sentence. Trump's demand that tornado-struck Alabama -- a red state -- receive "A-one treatment" with respect to disaster aid, while California -- a blue state -- was told they "should have raked their leaves" when they experienced the worst wildfires in the state's history.  The fact that a bunch of Republican legislators in New Hampshire thought it was appropriate to wear strings of pearls when confronted with gun law activists (ridiculing them by implying they were "clutching their pearls" -- making a big deal out of nothing).

All of those had me grinding my teeth down to nubs out of a sense of impotent rage.  A feeling of helplessness has become endemic in the last two years -- that we're powerless to stop the freewheeling corruption of this administration, the blind eye being turned toward Russian interference in American elections, and the complicity of lawmakers (exemplified by the smirking Mitch McConnell, who just this week said he wasn't going to bring an election reform bill onto the Senate floor purely because he "gets to decide").

So it was a bit of a relief to read a paper that appeared in appeared in Nature last week.  It's by climatologists Justin Farrell and Kathryn McConnell (of Yale University) and Robert Brulle (of Brown University), and is titled, "Evidence-based Strategies to Combat Scientific Misinformation."

Unsurprisingly -- even had I not already told you the field Farrell et al. were in -- is that the specific misinformation they're referring to is anthropogenic climate change.  The authors write:


Nowhere has the impact of scientific misinformation been more profound than on the issue of climate change in the United States.  Effective responses to this multifaceted problem have been slow to develop, in large part because many experts have not only underestimated its impact, but have also overlooked the underlying institutional structure, organizational power and financial roots of misinformation.  Fortunately, a growing body of sophisticated research has emerged that can help us to better understand these dynamics and provide the basis for developing a coordinated set of strategies across four related areas (public inoculation, legal strategies, political mechanisms and financial transparency) to thwart large-scale misinformation campaigns before they begin, or after they have taken root.

Which is packing a lot into a single paragraph.  They are unhesitatingly (and correctly) blaming the doubts in the public's mind over climate change on a large-scale -- and deliberate -- misinformation campaign on the part of the fossil fuels industry and the politicians they're funding.  In a press release from Yale University on the research, lead author Justin Farrell said:


Many people see these efforts to undermine science as an increasingly dangerous challenge and they feel paralyzed about what to do about it.  But there’s been a growing amount of research into this challenge over the past few years that will help us chart out some solutions...  Ultimately we have to get to the root of the problem, which is the huge imbalance in spending between climate change opponents and those lobbying for new solutions.  Those interests will always be there, of course, but I’m hopeful that as we learn more about these dynamics things will start to change.  I just hope it’s not too late.

Farrell et al. describe four realms that need to be addressed to counter these misinformation campaigns.  They are:
Having concrete strategies to approach the problem is good, but the difficulty is, many of these rely on laws being passed by senators and representatives who are already compromised and have every reason to block change.  "We’re really just at the tip of the iceberg in terms of understanding the full network of actors and how they’re moving money in these efforts," said study co-author Kathryn McConnell.  "The better we can understand how these networks work, the better the chances that policymakers will be able to create policy that makes a difference." 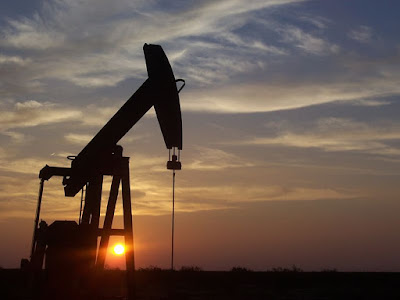 Which is an optimistic outlook.  Still, it's frustrating that any efforts in these directions are bound to be glacially slow, and my sense is that we don't really have much time left in which to act.  But the fact that this research is out there is a good first step.  Now we need to make certain that it doesn't simply sink into obscurity like most of the research on climate has done, buried under the sneering climate denialism of Fox News.

What it highlights is that this is a battle we can win.  Not that it'll be easy or quick; overcoming the mountain of misinformation out there, deliberately created by groups whose priority is short-term profit over the long-term habitability of the Earth, won't happen overnight.

But the fact that a team of climatologists thinks it can happen at all is encouraging.  Despite what feels like daily losing battle against succumbing to despair, it's not time to give up.

If they think we can win, maybe we should, too.