Let me say up front, both for my skeptical and not-so-skeptical readers, that I'm not saying I believe the account I'm about to tell you.  I'd need way more hard evidence even to consider the possibility of whether it's true (the ECREE principle in action -- extraordinary claims require extraordinary evidence), although it definitely makes a bizarre story, and opens up the question of what possible motive the major players would have to lie.

The incident in question happened in 1993 in Russia.  Here's the abbreviated version of it, but you can read more about it on the original report or at a (quite sensationalized) account at the site UFO International Project.

A troop of soldiers were out on routine training maneuvers when "a quite low-flying spaceship in the shape of a saucer" flew over.  One of the soldiers panicked and shot at it with a hand-held surface-to-air missile, and the spaceship slammed to the ground nearby.  As the soldiers approached the wreck, a gap opened in the side, and five humanoid aliens came out.

So far, not so different from a lot of accounts of close encounters of the third kind.  But here's what happened next:


It is stated in the testimonies of the two soldiers who remained alive that, after freeing themselves from the debris, the aliens came together and "merged into a single object that had a spherical shape."  That object began to buzz and hiss sharply, and then became brilliant white.  In a few seconds, the spheres [sic] grew much bigger and exploded by flaring up with an extremely bright light.  At that instant, 23 soldiers who had watched the phenomenon turned into... stone poles.  Only two soldiers who had stood in the shade and were less exposed to the luminous explosion survived.

The remains of the "petrified soldiers" were transferred to a government lab near Moscow.  The CIA got wind of the event -- the report doesn't say how -- and called it "extremely menacing... if true."  But if you looked at the original report, you may have noticed that the only media outlet that reported on it when it happened, was...

Which, by the way, they call "authoritative."

Yup, the Weekly World News, that venerable purveyor of such believable stories as "Kim Kardashian Pregnant With Bigfoot's Love Child."  (Okay, I made that title up, but I've seen ones that bad and worse.)  So immediately I saw that, I went into eyeroll mode. 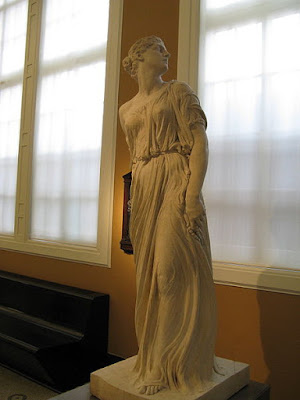 Equally eyeroll-worthy was the last comment in the UFO International Project website, which wondered if the Chinese terracotta army was also made of people who were petrified by aliens.  Which, even if you buy the Russian story whole-cloth, is idiotic.  The terracotta army is, unsurprisingly, made of terracotta, which is a low-fired ceramic clay.  The statues were also made from molds (which they've found examples of), in several pieces, and put together afterwards.  They were painted with colored lacquer, remnants of which are still on some of them.

None of which you'd expect if these were the remains of people flash-petrified by aliens.

Leaving me wondering why I'm even wasting my time replying to that bit.  But as a side note to whoever wrote the UIP piece; if you're making a wild claim, it does not help your cause to support it with an even wilder one.  If you say you've rid your house of evil spirits by waving around quartz crystals, your credibility is not enhanced by then claiming you'd also accomplished the same thing with a salami.

But despite all that, it's still a weird story, because the report is actually a CIA document, released as part of the government's declassification (and FOIA).  So if the Russian account is a hoax (probable), and it got reported to the CIA as true by some external source that also leaked the story to the Weekly World News (really probable), why did the CIA even give it this kind of undeserved credibility?

From what I've read, the CIA pretty much has to record every claim reported to them, reasonable or not, but it still strikes me as odd and extremely specific.  Clearly the claim didn't originate with the Weekly World News; the CIA report states that the information (and photographs, not included in the FOIA release) were directly from a KGB inquiry.

So while (as I said) I still think the great likelihood is that it's a hoax or fabrication, it's kind of peculiar one.  If there are any readers who have greater knowledge of government document policy than I have (kind of a low bar, honestly), let me know what you think in the comments.

In any case, the take-home message is, if you see a low-flying spacecraft, don't shoot it down with a surface-to-air missile unless you fancy being turned into a large rock.  Don't say I didn't warn you.