As I've commented more than once, every time I think I've plumbed the absolute nadir of human stupidity, I turn out to be wrong.

I found out about my most recent underestimate of idiocy thanks to a friend and long-time loyal reader of Skeptophilia, who sent me a link from Wonkette about a newly-formed church that has, as part of their doctrine, a recommendation to drink bleach.

It's called the "Genesis II Church," and is based in Washington State, where founder and... um... minister?  reverend?  head chemist?  Borgia-wannabee? Tom Merry promoted his religion via Facebook with the following:


I am thrilled to help bring effective alternative healing to the Pacific Northwest! Everyone knows someone sent home to die by their doctor because mainstream medicine can't do anything more for them. Bishop Mark Grenon will be leading the seminar and introducing attendees to Chlorine Dioxide Therapy, otherwise known as MMS; sharing the history of the discovery and development of MMS and its protocols by Jim Humble; and giving testimonies of health recovery wonders from around the world that are nothing short of miraculous.  Donation for registration is $450 per person; $800 for couples; and $400 for returning seminar students. And includes:
1. Membership Certificates.
2. 1 year membership.
3. Package of Sacraments (MMS, Activator, MMS 2, DMSO, Spray bottle, capsules, etc...)
4. Membership Id card. (Following the Seminar you must email us your photo and we will then make and mail your ID card to you, this is included in the Seminar Donation)
5. Light lunch for Sat. and Sun. Snacks & Coffee break also.
6. Genesis II Church Seminar pamphlet.
7. Link for all the Protocol Videos, PDF of Jims and Mark's ebooks, etc.
8. Free sign up to our Video course online, where you can study all the material and take the exam and become a G2 Church Health Minister.  You will have the knowledge to help heal many people of this world's terrible dis-eases.  Only now will you need to go and gain the experience. Go forth and heal!!!

"MMS" stands for "Miracle Mineral Solution," and for those of you not well-versed in chemistry, chlorine dioxide is the active ingredient in Clorox, and is also used to chlorinate swimming pools and bleach wood pulp. 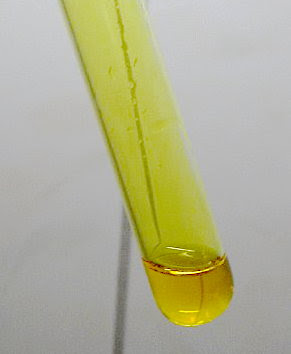 So yes, the Wonkette headline was entirely accurate: they're trying to cure what ails you by getting you to pay $450 for the opportunity to drink bleach.  But hey, they're bringing snacks, so what the hell, right?

Or, you can spend $800 for the couples rate, and at least have the romantic perk of dying together.

I know people can fall for some silly pseudoscientific claims at times, and even more when those claims are attached to spiritual trappings, and even more when you throw in some fear-talk about "terrible dis-eases."  But for cryin' in the sink, you wouldn't think you'd have to explicitly say, "Oh, but don't drink bleach."  What's next?  Spelling out the reasons why you should keep your feet out of bear traps?  Not grab high-voltage wires?  Not pour weapons-grade plutonium on your head?

The Genesis II Facebook page has, as of this writing, been taken down, but Robyn Pennacchia, who wrote the Wonkette piece, said amongst other things it had a video of one of their people forcing a screaming, malaria-stricken baby in Uganda to drink "MMS."  As a selling point.

Besides malaria, the Genesis II people claim that drinking chlorine dioxide solution will also cure HIV, autism, acne, diabetes, and cancer (all kinds), as well as "counteracting the negative effects of x-rays and vaccinations."  So yes, we've now roped in yet another idiotic claim, the anti-vaxx thing, as well as scaring people about getting medically-necessary x-rays as part of diagnosing what is really wrong with them.

I'm finding it hard to believe that these people aren't being prosecuted for making false medical claims, but to be fair, I don't know the details of which laws would apply.  The makers of a lot of "alt-med" curealls avoid being sued by writing -- usually in very small print -- "this product is not intended to cure, treat, diagnose, or heal any human ailment" somewhere on the bottle, but here, it's hard to see how what they wrote can be construed as anything other than literal medical advice.

But the Facebook page is down, which is a start.  I mean, I'm a believer in caveat emptor and all that kind of thing, and that the Darwin Award Principle means that idiotic behavior improves the quality of the gene pool for the rest of us, but this is just flat-out indefensible.  And it doesn't make a damn bit of difference whether they're calling it a "religion;" what they're claiming, and to judge by the video from Uganda actually doing to people, is causing significant harm.

So somehow, someone needs to step in and stop these people.