My wife sent me a link to an article a couple of days ago about a phenomenon that I'd heard a bit about, but never really researched.

It's called an "Autonomous Sensory Meridian Response," ASMR for short.  The nickname, though, is more telling; people call it a "brain orgasm."

Of course, on some level, all orgasms are about what happen in the brain.  fMRI studies of people during orgasm show that during arousal and climax people experience a surge of neurotransmitters like dopamine and endorphin, as well as the "cuddle hormone" oxytocin (explaining why most of us feel snuggly after doing the deed, not to mention sleepy).  Without a brain response, there's no arousal, and I think just about everyone can think of times when what was going on in their brains -- worry, fatigue, frustration, anger -- interfered with their desire, or even ability, to have sex. 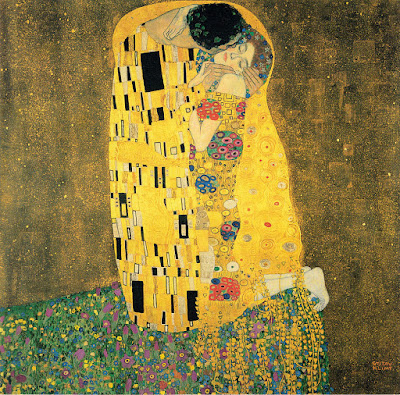 It brings up the question, however, of who is volunteering for those studies.  I mean, I'm as comfortable in my skin as the next guy, and in fact in my twenties would have been voted the captain of the co-ed skinnydipping team.  But doing a solo performance while hooked up to a fMRI, with lots of people wearing white lab jackets and holding clipboards and peering at me and taking notes, gives new meaning to the phrase, "no way, José."  I mean, if getting off with an audience turns you on, more power to you, but even with a significant cash incentive I don't think I'd participate.

Anyhow, my point is, there have been a good many studies of the neurochemistry of the human sexual response, so this ASMR thing is interesting because apparently for some people, hearing certain noises (or, less commonly, seeing particular images) triggers a brain response that is very similar to orgasm but without the involvement of your naughty bits.  Here's how one person describes it:


While watching videos of space... a tingling spreads through my scalp as the camera pulls back to show the marble of the earth.  It comes in a wave, like a warm effervescence, making its way down the length of my spine and leaving behind a sense of gratitude and wholeness.

The similarity to an actual orgasm is obvious.  But why was it happening?

Turns out, we don't know.  Also unknown is why the people who experience ASMR are (1) nearly all female, and (2) have particular triggers that are specific to them.  The article in the New York Times (linked above) said that there are five hundred new ASMR-inducing videos uploaded to YouTube every day, which I suppose is understandable given what they can allegedly do to you.  Most of them are some combination of people whispering, rubbing fabric or combs or the like across microphones, stroking rough surfaces with fingernails, crunching paper, brushing hair, or chewing food.

This last one was a little puzzling right from the get-go.  A lot of people hate the sound of others chewing.  My older son, for example, was as a teenager really sensitive to sounds like that, and became nearly homicidal when he was around someone eating Doritos.  But apparently not everyone responds that way, and some people feel exactly the opposite.

So I was intrigued, and got onto YouTube and checked out a couple of the videos.  Here's a typical one:


I went into it figuring I wouldn't respond, given that I'm male, also was a little dubious from the outset, and...

... sure enough, nothing, or at least nothing positive.  In fact, I found the noises intensely annoying.  Not only was I not soothed or tingly, after about 45 seconds I wanted to climb out of my skin.  So if you watched the video and had a brain orgasm or whatever, I'm happy for you, but that was certainly not my experience.

It does bring up the fascinating question of how the same stimuli can provoke entirely different responses in different people.  And this applies outside of the realm of listening to people brush their hair, or even what specific things are a sexual turn-on; consider how unique people's reactions are to music.  My wife and I, for example, both love music, but what particular pieces of music grab us are completely different.  When I find a piece of music I love, it definitely gives me chills, and has been known to bring me to actual tears.  The first time I heard Vaughan Williams's Fantasia on a Theme by Thomas Tallis, for example, I ended up sobbing, and couldn't have explained why.


Now there's something I'd be willing to do while hooked up to a fMRI machine.

My point, though, is that these kinds of emotional and physical reactions are pretty common in humans, as is the fact that what specifically triggers them is highly personal.  I think we're a long, long way from figuring out why that is, though, even on the level of being able to comprehend as individuals why a particular trigger is a turn-on for us.

In any case, the whole ASMR thing is curious enough that it deserves more research.  It's understandable that scientists have been reluctant to do so, I suppose; both the variability of response, and the general oddity of the phenomenon, probably pushes researchers to look into phenomena that are more likely to get grant approval.  (In fact, the New York Times article said that there have only been ten academic papers addressing ASMR ever published.)

But given the popularity of the videos, there has to be something to it, and it'd be cool to find out what that something is.  So even if the sound of someone whispering or twisting bubble wrap or chewing gum doesn't turn me on, I'd sure like to know why it has that effect on others.