I suppose it's kind of a forlorn hope that popular media starts doing a better job of reporting on stories about science research.

My most recent example of attempting to find out what was really going on started with an article from Popular Mechanics sent to me by a friend, called "You Should Know About This Chernobyl Fungus That Eats Radiation."  The kernel of the story -- that there is a species of fungus that has evolved extreme radiation tolerance, and apparently now uses high-energy ionizing radiation to power its metabolism -- is really cool, and immediately put me in mind of the wonderful line from Ian Malcolm in Jurassic Park -- "Life finds a way."

There were a few things about the article, though, that made me give it my dubious look: 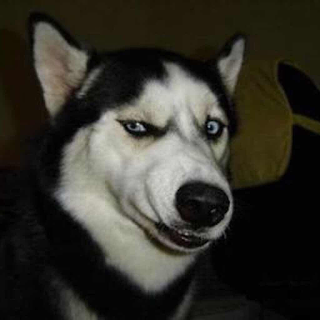 The first was that the author repeatedly says the fungus is taking radiation and "converting it into energy."  This is a grade-school mistake -- like saying "we turn our food into energy" or "plants convert sunlight into energy."  Nope, sorry, the First Law of Thermodynamics is strictly enforced, even at nuclear disaster sites; no production of energy allowed.  What the fungus is apparently doing is harnessing the energy the radiation already had, and storing it as chemical energy for later use.  The striking thing is that it's able to do this without its tissue (and genetic material) suffering irreparable damage.  Most organisms, upon exposure to ionizing radiation, either end up with permanently mutated DNA or are killed outright.

Apparently the fungus is able to pull off this trick by having huge amounts of melanin, a dark pigment that is capable of absorbing radiation.  In the melanin in our skin, the solar energy absorbed is converted to heat, but this fungus has hitched its melanin absorbers to its metabolism, allowing it to function a bit like chlorophyll does in plants.

Another thing that made me wonder was the author's comment that the fungus could be used to clean up nuclear waste sites.  This put me in mind of a recent study of pillbugs, little terrestrial crustaceans that apparently can survive in soils contaminated with heavy metals like lead, cadmium, and mercury.  Several "green living" sites misinterpreted this, and came to the conclusion that pillbugs are somehow "cleaning the soil" -- in other words, getting rid of the heavy metals entirely.  Of course, the truth is that the heavy metals are still there, they're just inside the pillbug, and when the pillbug dies and decomposes they're right back in the soil where they started.  Same for the radioactive substances in Chernobyl; the fungus's ability to use radiation as a driver for its metabolism doesn't mean it's somehow miraculously destroyed the radioactive substances themselves.

Anyhow, I thought I'd dig a little deeper into the radioactive fungus thing and see if I could figure out what the real scoop was, and I found an MSN article that does a bit of a better job at describing the radiation-to-chemical-energy process (termed radiosynthesis), and says that the scientists investigating it are considering its use as a radiation blocker (not a radiation destroyer).  Grow it on the walls of the International Space Station, where long-term exposure to cosmic rays is a potential health risk to astronauts, and it might not only shield the interior but use the absorbed cosmic rays to fuel its own growth.

Then I saw that the MSN article named the actual species of fungus, Cryptococcus neoformans.  And when I read this name, I said, "... wait a moment."

Cryptococcus neoformans is a fungal pathogen, responsible for a nasty lung infection called cryptococcosis.  It's an opportunist, most often causing problems in people with compromised immune systems, but once you've got it it's hard to get rid of -- like many fungal infections, it doesn't respond quickly or easily to medication.  And if it becomes systemic -- escapes from your lungs and infects the rest of your body -- the result is cryptococcal meningitis, which has a mortality rate of about 20%.

So not really all that sanguine about painting the stuff on the interior walls of the ISS.

Anyhow, all this is not to say the fungus and its evolutionary innovation are not fascinating.  I just wish science reporting in popular media could do a better job.  I know journalists can't put in all the gruesome details and technical jargon, but boiling something down and making it understandable does not require throwing in stuff that's downright misleading.  I probably come off as a grumpy curmudgeon for even pointing this out, but I guess that's inevitable because I am a grumpy curmudgeon.

So while they're at it, those damn journalists should get off my lawn.