I'm fully in support of pure research, which should be obvious to anyone who is a regular reader of Skeptophilia.  But sometimes I run into a paper that leaves me scratching my head.

This happened this past weekend when I stumbled upon a press release from the University of Exeter entitled, "Mammals Could Struggle to Fight Space Germs."  The gist was that a team led by microbiologist Neil Gow did a series of experiments exposing mammalian cells to lab-synthesized peptides containing two amino acids that have been detected in space but not found in terrestrial proteins (isovaline and α-aminoisobutyric acid), and they found that the cell cultures had a "weak immune response."  From this, they concluded that if we're exposed to extraterrestrial microbes, we might really suck at fighting them off. 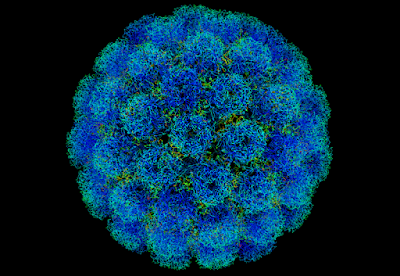 This seemed like a rather overblown conclusion, so I went to the original paper (always a good idea; even university press releases are often oversimplifications or miss important points).  In this case, though, the press release was pretty much spot-on.  Here it is, straight from the paper:


The discovery of liquid water at several locations in the solar system raises the possibility that microbial life may have evolved outside Earth and as such could be accidently introduced into the Earth’s ecosystem.  Unusual sugars or amino acids, like non-proteinogenic isovaline and α-aminoisobutyric acid that are vanishingly rare or absent from life forms on Earth, have been found in high abundance on non-terrestrial carbonaceous meteorites.  It is therefore conceivable that exo-microorganisms might contain proteins that include these rare amino acids.  We therefore asked whether the mammalian immune system would be able to recognize and induce appropriate immune responses to putative proteinaceous antigens that include these rare amino acids. To address this, we synthesised peptide antigens based on a backbone of ovalbumin and introduced isovaline and α-aminoisobutyric acid residues and demonstrated that these peptides can promote naïve OT-I cell activation and proliferation, but did so less efficiently than the canonical peptides.  This is relevant to the biosecurity of missions that may retrieve samples from exoplanets and moons that have conditions that may be permissive for life, suggesting that accidental contamination and exposure to exo-microorganisms with such distinct proteomes might pose an immunological challenge.

Okay, I'll admit that this is one possible conclusion you could draw; it certainly has been riffed on often enough in science fiction, starting all the way back in 1969 with The Andromeda Strain.  (You could argue that it goes back further than that, given that at the end of H. G. Wells's 1898 novel The War of the Worlds, the invading Martians are destroyed by terrestrial microbes to which they have no natural immunity.)

The other possibility, however, is that the microbes wouldn't affect us at all.  When pathogens attack our cells, they usually obtain ingress by bonding to receptors on the surface.  Those receptors can be amazingly specific; this is why there are so many strains of flu, some of which only attack birds or pigs... or humans.  The immune species, in this case, lack the surface proteins that can form bonds to the viral proteins, so they don't get in.  The result: no disease.

In fact, it's even more specific than that.  In 2006, an outbreak of H5N1 bird flu generated worries about a pandemic, until it was learned that although highly contagious in birds, it only affects humans if the virus binds deep in the lung tissue -- the receptors in the upper respiratory system aren't able to bind to the virus efficiently (fortunately for us).  The only ones who became ill were poultry workers who were exposed to dust and debris in poultry houses.  No cases of human-to-human transmission were recorded.

So my suspicion is that extraterrestrial microbes probably wouldn't be able to attack us at all.  And given that our tissues would lack the two oddball amino acids the researchers used in their experiments, it seems pretty likely that if the microbes did get in, they'd starve to death.  (Put more scientifically, our proteins would lack two amino acids they need, so we wouldn't be of much use to them as a food source.)

Of course, it's possible that Gow et al. are right, and extraterrestrial microorganisms would consider the Earth an all-you-can-eat buffet.  But given that (1) the number of extraterrestrial microorganisms we've actually studied is zero, and (2) there are equally persuasive arguments to the contrary, it might be a little bit of a premature conclusion.

Now, that doesn't mean we should be bringing outer space debris to Earth, sans quarantine.  Hell, I've read The Colour Out of Space, and last thing I want is to have a gaseous entity from a meteorite cause my limbs to crumble and fall off.  COVID-19 is bad enough, thanks.  We really don't need any more reasons to panic, however.  So for now, let's confine ourselves to dealing with threats that currently exist.