A pandemic of isolation

When the pandemic started, and I first realized what the implications were, I thought the effect of it on me personally was going to be less than it has turned out to be.

I'm retired from my day job, and now am a full-time writer.  So even before the lockdown started, on a typical day I'd spend most of my time in my office.  (I was going to say "most of my time writing," but given how distractible I am, it'd be closer to the truth to say, "most of my time futzing around on social media and feeling guilty because I'm not writing."  The struggle is real.)  My social life consisted of gym nights with my pal Dave, weekly critique sessions with my writing partner Cly, and the occasional dinner out with my wife.

So I figured, "hey, I'm an introvert anyhow, this isn't going to change my day-to-day life much."

The social isolation is really getting to me, and has been for some time.  Part of it, of course, is that now I can't socialize with people even if I want to.  I've tried to work in some socially-distanced visits; Dave and I do the occasional hike on a local trail, and I still meet with Cly on her front porch for our critiques, once every three weeks or so.  (What we'll do when the weather turns cold -- which in upstate New York could be by the end of September -- I have no idea.)

But it's been hard.  I miss people.  I miss being able to travel.  I was going to sign up for a three-week retreat in Thailand in January 2021 led by John Aigner, who led the transformative weekend retreat I attended last November (and about which I wrote here), but due to the piss-poor response our country's leaders had to the pandemic, there's now what amounts to a barrier around the United States preventing any of us from leaving and infecting the rest of the world.  (Donald Trump wanted a wall.  Well, he got one.)

I know in the grand scheme of things, this is all minor stuff.  First-world problems, you know?  And honestly, I'm fine with making these sacrifices to slow down the spread of this horrible disease.

But I'd be lying if I said it hasn't affected me.  And I'm not alone.  Research published this week in the Journal of the American Medical Association found that since the pandemic started, the rates of depression in the United States have tripled.  The increase, unsurprisingly, is higher amongst people with low income, who are not only facing the social isolation but fears of medical bills, loss of jobs, threats of eviction, what to do about their children who are now staying home from school when they can't afford daycare, and being in a situation where just to survive they have to expose themselves and their families to illness.  The effect, though, was there regardless of demographic. 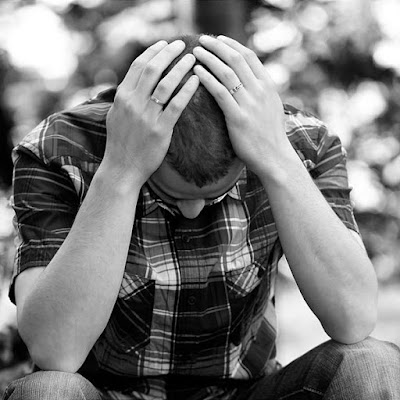 We're social primates, and a strong social context is important even to us introverts.  A study published this week in Nature Neuroscience looked at the effects of early social isolation in mice, and found that being alone caused an inhibition in activity in the neurons that link the prefrontal cortex to the paraventricular thalamus -- known to be part of the reward circuitry active in adults.  While the research could lead to targeted medical treatments for psychiatric disorders impairing socialization, it immediately made me wonder whether this could be at the heart of the spike in depression we're currently seeing.

Because that's part of what I'm experiencing in my own behavior since the pandemic started -- less activity in areas where, prior to the lockdown, the primary reward was dependent on socializing.  Now that I'm not hitting the weights at the gym three times a week with Dave, I haven't been using my home weight bench nearly as much.  I don't have Cly expecting me to have a chapter to read every Tuesday night, so I've been writing way less.

It's been an interesting exercise in self-examination to find out that basically, I'm extrinsically motivated.  When I'm at home alone, and no one is expecting me to get my ass in gear and write something on my work-in-progress or get my gym gear together and head on down to lift for a couple of hours, it's way easier just to say "I'll do it later" and go back to the inevitable focus on the news and social media.  I do have some pastimes I've kept up with -- I'm an amateur potter (not all that good at it; in my hands it's more "playing in the mud for adults") -- and I still hit the wheel three or four times a week.  But it's kind of astonishing to me now that I have more free time, in that I'm no longer teaching eight hours a day, I actually spend less time engaged productively.  And I think a lot of that has to do with the aimlessness that comes from being adrift, on a typical day having no contact with anyone but my wife.

Zoom and Skype and social media only take you so far.

Like I said earlier, I'm still completely willing to make these sacrifices for the common good, and I think the people who are flouting the rules and getting together in large groups anyhow (or people like Florida's governor Ron DeSantis who have steadfastly refused to mandate wearing masks) are simply assholes.  But the fact remains that a lot of us are struggling.  So check in on your friends and family, even the ones for whom it's easy to say, "Oh, well, (s)he's an introvert, I'm sure (s)he's fine."  We need to be kind to each other in these times, and to understand that the illness itself isn't the only concern.

And take care of yourself, okay?  We need all of you to stay happy and healthy and whole through this.