The cost of regret

"But what would have been the good?"
Aslan said nothing.
"You mean," said Lucy rather faintly, "that it would have turned out all right – somehow?  But how?  Please, Aslan!  Am I not to know?"
"To know what would have happened, child?" said Aslan.  "No.  Nobody is ever told that."
"Oh dear," said Lucy.
"But anyone can find out what will happen," said Aslan.  "If you go back to the others now, and wake them up; and tell them you have seen me again; and that you must all get up at once and follow me – what will happen?  There is only one way of finding out."

This passage, from C. S. Lewis's novel Prince Caspian, has always struck me with particular poignancy, because one of the most consistent themes of my life has been regret at not having made different decisions.  People I dearly wish I had not hurt.  Opportunities I passed up because of my shyness and risk-aversion.  More specific ones, like my (all things considered) terrible decision to live at home while going to college.  My (at the time) barely-acknowledged choice to keep my bisexuality hidden for decades.
It's not, mind you, that I'm unhappy with my life as it is.  I have a wonderful wife, two sons I'm proud of, and spent 32 years in a rewarding career that I discovered quite by accident,  as a consequence of other seemingly unrelated decisions I made.  I have seventeen books in print, something I have dreamed about since elementary school.  I live in a wonderful part of the world, and have had the good fortune to travel and see dozens of other wonderful places.
And I'm aware of the fact that things could have turned out far worse.  Whatever else you can say about the decision, my choice to live at home during college, with conservative, strait-laced parents who kept close tabs on me, kept me out of all sorts of trouble I might otherwise have gotten into.  If I'd come out as bisexual in college, it would have been in around 1980 -- and this was right at the beginning of the AIDS epidemic, when the disease was still poorly understood, and a diagnosis was tantamount to a death sentence.
There's any number of ways the course of my life could have been deflected into an alternate path, and led me to somewhere very different.  Big decisions -- where to go to college, who to marry, what career to pursue.  Tiny actions with big effects, such as Donna Noble's choice of which direction to turn at an intersection in the mind-blowing Doctor Who episode "Turn Left" -- and of which in my own case I'm almost certainly unaware because looking back, they seem entirely insignificant. 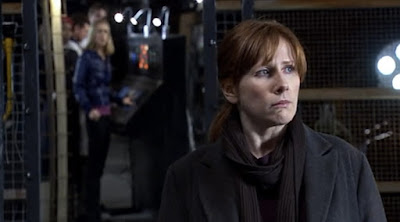 As I said, I like my life just fine.  Even so, I've never been able to shuck the regret, and more than that the fact that like Lucy Pevensie in Prince Caspian, I'll never know what would have happened had I done otherwise.
The topic comes up because of a fascinating paper in the journal Psychological Science called "The Lure of Counterfactual Curiosity: People Incur a Cost to Experience Regret," by Lily FitzGibbon and Kou Muryama (of the University of Reading), and Asuka Komiya (of Hiroshima University).  They did a risk/choice/reward assessment task with 150 adults, and after the task was completed, the volunteers are allowed to pay for information about how they would have fared had they chosen differently.
It turns out, people are willing to pay a lot, even when they find out that they chose poorly (i.e. they would have had a greater reward had they made a different choice), and even though knowledge of their poor decision causes regret, self-doubt, and worse performance on subsequent tasks.  The authors write:

After one makes a decision, it is common to reflect not only on the outcome that was achieved but also on what might have been.  For example, one might consider whether going to a party would have been more fun than staying home to work on a manuscript.  These counterfactual comparisons can have negative emotional consequences; they can lead to the experience of regret.  In the current study, we examined a commonly observed yet understudied aspect of counterfactual comparisons: the motivational lure of counterfactual information—counterfactual curiosity.  Specifically, we found that people are so strongly seduced to know counterfactual information that they are willing to incur costs for information about how much they could have won, even if the information is likely to trigger negative emotions (regret) and is noninstrumental to obtaining rewards.

Why would people seek out information when they know ahead of time it is likely to make them feel bad?  The authors write:

One explanation for seeking negative information is that people may also find it interesting to test their emotional responses—a mechanism that might also underlie so-called morbid curiosity.  Counterfactual information of the kind sought in the current experiments may be desirable because it has high personal relevance—it relates to decisions that one has made in the recent past.  People’s desire for information about their own performance is known to be strong enough to overcome cognitive biases such as inequality aversion.  Thus, opportunities to learn about oneself and the actual and counterfactual consequences of one’s decisions may have powerful motivational status.

Chances are, if I was able to do what Donna did in "Turn Left" and see the outcome had I chosen differently, I'd find the results for my life's path would be better in some aspects and worse in others.  Like everything, it's a mixed bag.  Given the opportunity to go back in time and actually change something -- well, tempting as it would be, I would be mighty hesitant to take that step and risk everything I currently have and have accomplished.
But still -- I'd like to know.  Even if in some cases, I'd have done far better making a different choice, and then would add the certainty of having made a bad decision on top of the more diffuse regret I already have.  The temptation to find out would be almost irresistible.
Maybe it's better, honestly, that we don't see the long-term consequences of our actions.  Fortunate, to put it in Aslan's words, that "Nobody is ever told that."  It's hard enough living with knowing you fell short or behaved badly; how much worse it would be if we saw that things could have been far better if we'd only chosen differently.
****************************************
Just last week, I wrote about the internal voice most of us live with, babbling at us constantly -- sometimes with novel or creative ideas, but most of the time (at least in my experience) with inane nonsense.  The fact that this internal voice is nearly ubiquitous, and what purpose it may serve, is the subject of psychologist Ethan Kross's wonderful book Chatter: The Voice in our Head, Why it Matters, and How to Harness It, released this month and already winning accolades from all over.
Chatter not only analyzes the inner voice in general terms, but looks at specific case studies where the internal chatter brought spectacular insight -- or short-circuited the individual's ability to function entirely.  It's a brilliant analysis of something we all experience, and gives some guidance not only into how to quiet it when it gets out of hand, but to harness it for boosting our creativity and mental agility.
If you're a student of your own inner mental workings, Chatter is a must-read!
[Note: if you purchase this book using the image/link below, part of the proceeds goes to support Skeptophilia!]