A writer friend of mine on social media asked what I thought was a very interesting question, and one that would be a good topic for this week's Fiction Friday: what is the most memorable line you've ever read?  I've read a good many profound books, but the first thing that came to mind was a line not from a book but from a television show.  In the Doctor Who episode "The Face of Evil," the Fourth Doctor remarks, "The very powerful and the very stupid have one thing in common; they do not alter their views to fit the facts, they alter the facts to fit their views." 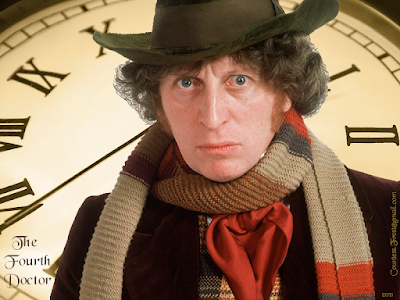 The aptness of that quote these days hardly needs to be pointed out.

But there are many others, in books, television, and movies, quotes that somehow stand out for their unexpected depth (sometimes even in otherwise silly settings; the episode "The Face of Evil" was unremarkable in other respects).  Some only gain their punch from the context -- I'm reminded of Eowyn's defiant "I am no man" in Return of the King, immediately before she stabs the King of the Nazgûl right between the eyeballs, and the heartbreaking line at the end of Vanilla Sky when Sofia Serrano says, "I'll see you in the next life, when we both are cats."  Neither has much significance unless you know the story.

But there are a handful of true gems that carry their weight even independent of where they're from.  Here are a few of my choices:
Nota bene: If you can watch "The Inner Light" and not ugly cry at the end of it, you're made of sterner stuff than I am.  That episode has to be one of the most beautiful things I've ever seen on television. 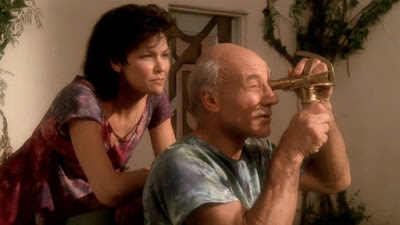 So... there are a few of my favorite profound quotes from fiction.  What are yours?
**************************************
I've loved Neil de Grasse Tyson's brilliant podcast StarTalk for some time.  Tyson's ability to take complex and abstruse theories from astrophysics and make them accessible to the layperson is legendary, as is his animation and sense of humor.
If you've enjoyed it as well, this week's Skeptophilia book-of-the-week is a must-read.  In Cosmic Queries: StarTalk's Guide to Who We Are, How We Got Here, and Where We're Going, Tyson teams up with science writer James Trefil to consider some of the deepest questions there are -- how life on Earth originated, whether it's likely there's life on other planets, whether any life that's out there might be expected to be intelligent, and what the study of physics tells us about the nature of matter, time, and energy.
Just released three months ago, Cosmic Queries will give you the absolute cutting edge of science -- where the questions stand right now.  In a fast-moving scientific world, where books that are five years old are often out-of-date, this fascinating analysis will catch you up to where the scientists stand today, and give you a vision into where we might be headed.  If you're a science aficionado, you need to read this book.
[Note: if you purchase this book using the image/link below, part of the proceeds goes to support Skeptophilia!]