Science has become the realm of specialists, and I am by nature a thoroughgoing generalist.  (Less kind words like "dilettante" and "dabbler" have also been applied to me.)  The result is that although I have a decent background in a good many areas of science, my knowledge of most of them is shallow at best by today's standards.  Even though I taught biology for over three decades, papers in peer-reviewed journals in most realms of biological science -- immunology and biochemistry come to mind -- lose me after the first couple of sentences.

One exception is the field of evolutionary biology and its sibling, evolutionary genetics.  These subjects have been something of a fascination of mine since I was in college, and looking back, I rather wish I had pursued them as a career.  My AP Biology students always reacted with tolerant amusement at my obvious excitement once we got to those topics, so at least my background was put to some good use.

This love for evolution and genetics is why I was absolutely thrilled when I heard that the winner of this year's Nobel Prize in Medicine and Physiology was the eminent Swedish researcher Svante Pääbo.  Pääbo is the founder of the field of paleogenetics -- the use of DNA from fossils to reconstruct the evolutionary history of a species. 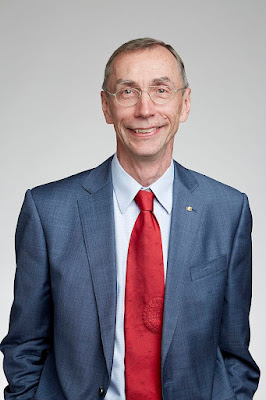 Pääbo is best known for his accomplishing something no one thought was possible: extracting DNA from fossilized bones.  His attitude when told something is impossible is, "Watch me."  Working at the Max Planck Institute for Evolutionary Genetics in Leipzig, Germany, he developed a pioneering technique to extract DNA from bones, first the mt (mitochondrial) DNA, which is passed only through the maternal line, and finally the nuclear DNA.

It was Pääbo's technique that allowed researchers to determine the placement of our near relatives the Neanderthals and Denisovans, the latter using only eight fossil fragments from sites in Russia, China, and northern Laos.  Without Pääbo's work, much of what we know about our own prehistory would still be a mystery.

Pääbo is also a remarkably humble, genial man.  When he received the call of his win, he was incredulous, and thought he was the victim of a prank by his friends.  A bit of questioning established that no, he had in fact clinched the highest honor in the scientific world.  Characteristically, in a press conference shortly afterward, he directed the attention outward from himself to the subject he loves.  "The thing that is amazing to me," he said, "is that we now have some ability to go back in time and actually follow genetic history and genetic changes over time."

Others were more effusive about the contributions of this soft-spoken gentleman.  "Nobody believed him [about extracting fossil DNA]," said Leslie Vosshall, neuroscientist at Rockefeller University.  "Everyone thought it was contamination or broken stuff  from living people.  Just the mere fact that he did it was so improbable.  That he was able to get the complete genome sequence of a Neanderthal was viewed, even up until he did it, as an absolutely impossible feat...  He's a singular scientist."

Indeed.  I remember reading papers by Pääbo and his colleague, the late Luigi Luca Cavalli-Sforza, when I was in graduate school, and being absolutely fascinated by the light they shone on the genetic underpinnings of evolutionary biology.  That one of my science heroes won the Nobel Prize makes me very, very happy.

I congratulate him, and wish him many more years of blowing our minds with his groundbreaking research into our own deep past.