Since 2016, one of the most persistent puzzles to me has been the unflagging support of evangelical Christians for Donald Trump, a man whose main claim to fame seems to be embodying all Seven Deadly Sins in one individual.
I get why people with far-right ideology support him; that, at least, is consistent.  Trump has the same pro-corporate capitalist, xenophobic, anti-immigration, authoritarian views they do.  But the very religious have continued to idolize the man despite his openly admitting affairs while married, multiple credible allegations of fraud, and so many outright lies that it's impossible even to keep up with them.  They even go so far as to consider him anointed by God -- I heard one person, with no apparent sense of irony, call Trump "Jesus's Right-Hand Man."
When I've inquired (cautiously) into how "Jesus's Right-Hand Man" can be so dramatically and thoroughly flawed, I've heard comments like "God can work with a broken tool."  Which seems to me to be a puzzling stance for a group of people who ostensibly believe that the Bible should be followed to the letter, and anyone who doesn't do so is destined for the fires of hell. 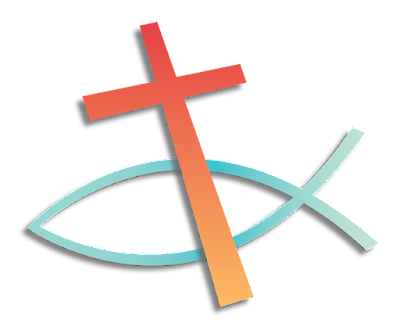 [Image licensed under the Creative Commons Gerbilo, Christianity symbols, CC BY 3.0]
A fascinating study that appeared last week in Politics and Religion may have figured out the answer.  It's not that they think Trump is religious himself; they don't.  In fact, only 37% of the white evangelical Christians in the study said they thought Trump was religious.  (Surprisingly, Biden scored slightly higher.)  Despite this, they overwhelmingly voted for Trump -- because, the study found, Trump repeatedly emphasized that evangelical Christians were a threatened minority, and promised to protect them.
The perception, apparently, was that it didn't matter if Trump was religious, or even moral, himself; his election was "part of God's plan" to bolster up the evangelical community against perceived external threats.  Trump's strategy was to play into that fear -- and it worked.
"This finding suggests that Trump is a unique case when it comes to white evangelical evaluations of the religiosity of elites," said Jack Thompson of the University of Exeter, who authored the study, in an interview with PsyPost.  "Instead of projecting their beliefs onto Trump, and thereby supporting him because of his perceived religiosity, white evangelicals support him despite his lack of religiosity...  The findings concerning the salience of identity threats on conditioning white evangelical beliefs also provide an additional explanation for why evaluations on Trump’s religiosity might not have mattered when it came to their vote choice in 2016.  Namely, because Trump’s invocation of the decline of white Christian America proved effective in activating religious identity threat in a way that led to white evangelicals to coalesce around his candidacy.  In this way, Trump’s ability to articulate white evangelicals’ fears about the declining influence of Christianity likely overrode any lingering concerns about his religiosity."
So "God can work with a broken tool" turns out to be pretty spot on, as does the observation by a friend of mine that "the Religious Right loves Trump because he hates the same people they do."
The whole thing makes some twisted kind of sense.  If you're convinced that "God has a plan" -- and that, importantly, you know what that plan is -- then it doesn't make a difference who contributes to the working out of that plan.  It could be the most evil human being alive, committing atrocities, and as long as that moves God's plan forward -- well, that's what needs to happen.
Mighty convenient, that.
One has to wonder how this will continue to play out, because there's no doubt that evangelical Christianity is declining.  A study in 2021 found that between 2006 and 2020, the number of self-identified evangelicals in the United States dropped by 37%.  (In the same period, the number of Roman Catholics also dropped by 27%.)  What that suggests is that the fears of decreasing influence are well-founded.  At some point, the mobilization of the remaining evangelicals because of fear will inevitably be overcome by the fact that they're simply too few in numbers to make a difference in national elections.
At least, I hope so.  I'm not religious myself but have no problem with people who are, as long as they stay in their lane and don't attempt to force belief down my throat.  On the other hand, any group who could support a moral degenerate like Donald Trump can't be allowed to swing the direction of our entire nation.
****************************************