Dancing is ubiquitous amongst human societies.

Everywhere you go, every culture you look at, there is some form of rhythmic movement, usually to music.  (Sometimes the dancing creates its own music.)  I love to dance; I'm not saying I'm great at it, but starting out the day by putting on some tunes and moving my body just feels good.  And it's much more fun to do daily chores like cooking dinner with my music on, rockin' to the beat while I'm chopping the vegetables.

It's an interesting question why this is.  A shrewd guess is that a lot of it is about social cohesion.  You get a bunch of people together, all moving in the same way to the same rhythm, and it's a strong symbol of unity and common purpose.

There's some biochemical support for this contention.  A series of studies a few years ago found that dancing releases four of the most important feel-good and bonding hormones -- dopamine, oxytocin, serotonin, and endorphin.

No wonder we feel better after we dance. 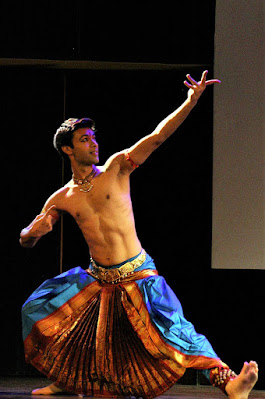 For me, one of the most wonderful -- and difficult -- things about dancing is that it requires you to forget about yourself.  To dance fluidly, you need to be immersed in the music and the movement, and overcome the self-consciousness we all seem to carry around with us, to greater or lesser degrees.  I'm plagued with more than my fair share of it, and it's only been fairly recently that I've been willing to dance with other people around.  Which, of course, is missing a good part of the fun of it -- sharing the experience of moving your body in synchrony to the music.

What brings all this up is a fascinating study from the University of Tokyo released last week showing that humans aren't the only ones who feel like shakin' their tails when the music comes on.

Rats were fitted out with tiny helmets containing wireless accelerometers, and then exposed to varying types and speeds of music.  Sure enough -- they began to move their heads in time to the beat.

"Rats displayed innate — that is, without any training or prior exposure to music — beat synchronization most distinctly within 120-140 bpm (beats per minute), to which humans also exhibit the clearest beat synchronization," said Hirokazu Takahashi, of the Graduate School of Information Science and Technology, who co-authored the paper.  "The auditory cortex, the region of our brain that processes sound, was also tuned to 120-140 bpm, which we were able to explain using our mathematical model of brain adaptation...  Music exerts a strong appeal to the brain and has profound effects on emotion and cognition.  To utilize music effectively, we need to reveal the neural mechanism underlying this empirical fact."
I find this absolutely astonishing, given that rats don't have music in their natural environments (well, except for the rats that sometimes end up cohabiting with us).  What possible purpose can this serve?  It's interesting, but it seems to me to raise as many questions as it answers.
Which, of course, is the hallmark of good science.
Whatever the reason, it's pretty cool that this impulse to move to the music has a long evolutionary history.  And there's no doubt that it does a body good.  I'll end with a quote from the wonderful writer Dave Barry: "Nobody cares if you can't dance well.  Get out there on the floor and dance anyway."
****************************************