This comes up because of a couple of unrelated social media interactions that got me thinking about the fact that many people use words and then want to avoid the implications and consequences of how they're perceived.  The first was a post from the Reverend Doctor Jacqui Lewis that (hearteningly) got a lot of responses of the high-five and applause variety, which said, "You don't 'hate pronouns.'  You hate the people who are using them.  If that makes you feel uncomfortable, then good.  It should.  You either respect how people are asking you to know and name them, or you don't.  But stop pretending it's about language."

The other was in response to a TikTok video I made for my popular #AskLinguisticsGuy series, in which I made the statement that prescriptivism -- the idea that one dialect of a language is to be preferred over another -- is inherently classist, and that we have to be extremely careful how we characterize differing pronunciations and word usages because they are often used as markers of class and become the basis for discrimination.  Most people were positive, but there was That One Guy who responded only with, "Great.  Another arrogant preachy prick."

Now, let me say up front that there are perhaps times when people are hypersensitive, and infer malice from the words we use when there was none intended.  On the other hand, it's critical that we as speakers and writers understand the power of words, and undertake educating ourselves about how they're perceived (especially by minorities and other groups who have experienced bigotry).  If someone in one of those groups says to me, "Please don't use that word, it's offensive," I am not going to respond by arguing with them about why it was completely appropriate.  I would far rather err on the side of being a little overcautious than unwittingly use a word or a phrase that carries ugly overtones.

Let me give you an example from my own personal experience.  I grew up in the Deep South -- as my dad put it, if we'd been any Deeper South, we'd'a been floating.  And I can say that it really pisses me off when I see a southern accent used as a marker of ignorance, bigotry, or outright stupidity.  I was appalled when a local middle school here in upstate New York put on a performance of Li'l Abner, a play written by Melvin Frank and Norman Panama (both northerners native to Chicago).  The entire play, in my opinion, can be summed up as "Oh, those goofy southerners, how comically dim-witted they are."  If you've never seen it, you'll get the flavor when you hear that it features characters named Mammy Yokum, General Bullmoose, and Jubilation T. Cornpone.  I don't blame the kids; they were doing their best with it.  I blame the adults who chose the play, and then chortled along at sixth and seventh graders hee-hawing their way through the lines of dialogue with fake southern accents, and acted as if it was all okay.

People who know me would readily tell you that I'm very comfortable with laughing at myself.  My reaction to Li'l Abner wasn't that I "can't take a joke" at my own expense.  The problem is that the show is based on a single premise: characterizing an entire group, rural southerners, using a ridiculous stereotype, and then holding that stereotype up for a bunch of smug northerners to laugh at.

And if taking offense at that makes me a "woke snowflake," then I guess that's just the way it has to be. 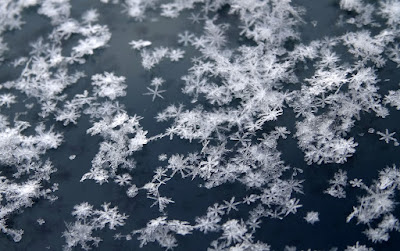 If, in your humor or your critical commentary, you're engaging in what a friend of mine calls "punching downward," you might want to think twice about it.

The bottom line, here, is that what I'm asking people to do (1) can make a world of difference to the way they come across, and (2) just isn't that hard.  When a trans kid in my class came up to me on the first day of class and said, "I go by the name ____, and my pronouns are ____," it literally took me seconds to jot that down, and next to zero effort afterward to honor that request.  To that student, however, it was deeply important, in a way I as a cis male can only vaguely comprehend.  Considering the impact of what you say or what you write, especially on marginalized groups, requires only that you educate yourself a little bit about the history of those groups and how they perceive language.

Refusing to do that isn't "being anti-woke."  It's "being an asshole."

Words can be edged tools, and we need to treat them that way.  Not be afraid of them; simply understand the damage they can do in the wrong hands or used in the wrong way.  If you're not sure how a word will be perceived, ask someone with the relevant experience whether they find it offensive, and then accept what they say as the truth.

And always, always, in everything: err on the side of kindness and acceptance.