The danger of posting something and saying, "Wow, how ridiculous is this claim?" is that my loyal readers take that as some kind of challenge, and I immediately get inundated with responses to the effect of, "You think that's weird, wait till you see this."

Now, don't misunderstand me; I love getting suggestions from my readers.  But it's a little disheartening to find out that however low my opinion of the collective intelligence of humanity gets, I still haven't struck the bottom.

Yesterday's post, about mysterious antennas appearing on public lands in Utah and people concluding (amongst other things) that they're being used by evil masterminds to control the weather, prompted a reader to respond, "Maybe all those antennas are just a way of jump-starting your DNA," along with a link to a site called "Starseed DNA Activation" that makes the weather modification people sound like Nobel laureates.

The "Starseed" thing sounded familiar to me, and after a little searching of the archives I found that I had indeed written something about this idea way back in 2011.  A Starseed, it turns out, is a person who thinks they're from another star system.  Some people think it's just their soul that's alien; others think they're literal, physical alien/human hybrids.  But the website the reader sent me yesterday goes way beyond that.

First, we learn how to tell if we're Starseeds, which of course I was curious to find out.  Here are the questions, along with my answers:

Then we find out there are three different brands of Starseeds: "Sirian Starseeds" (characteristics: highly evolved spiritually, empathetic, spiritual leaders, enjoy the ocean), "Orion Starseeds" (characteristics: thorny relationships, sensitive, introverted, like to know stuff), and "Andromedan Starseeds" (characteristics: like to travel, flighty, late all the time, can get defensive).  What's funniest about this is the "Sirians" are supposedly from the system around the star Sirius (which is at least theoretically possible), while the "Orions" are from the whole constellation of Orion (even though it's made up of a bunch of separate stars all at huge distances from each other), and the "Andromedans" are from the entire fucking galaxy of Andromeda.  How you could be from a whole galaxy is never explained.  Maybe you have to be "highly evolved" to understand. 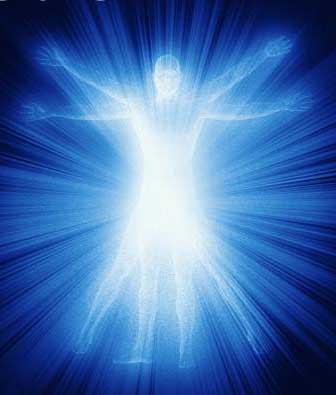 Then we learn about evil beings called "organic portals" and "Archons" who are parasitic on the Starseeds and try to suck away their energy.  This made me think of the character of Colin Robinson, the "energy vampire" on the show What We Do In the Shadows, and that mental image made me take this website even less seriously.

Then we get into the "jump-starting your DNA" part.  I would try to paraphrase, but this whole section was so weird I just know you would think I'm making it up, so instead here is a direct quote on the topic:

In the eyes of the microscope, scientists discovered that there is a part of the DNA that is not visible.  Barely 3% is visible and is possible to be explored through science.  But 97% scientists classify it as junk or random material, which is the part of the non-visible DNA.  However, from the energetic eyes we perceive what this invisible part of DNA is and how to work it.

In this invisible DNA there is a lot of information that is part of our unconscious, of our ancestral memory and that has all the information of our experiences, our lives, our cycles, our egos, the fractals that are in other dimensions and everything we can experience as beings with soul.

And supposedly if you "open your heart and let the light frequencies in," you can awaken this 97% of your DNA that scientists apparently discovered by looking through a microscope, seeing nothing, and saying, "Hey, get a load of this!  I'm looking at invisible DNA, here!"

At this point, my brain went on strike and told me if I wanted to pursue this topic any further I was on my own and could fucking well go on without it.  So I decided to stop there.  But what I read was enough to cause me to bow down in awe to my loyal reader's bold claim that yes, there is something loonier than claiming random antennas in Utah are part of a 5G mind-control device.

But now that I've confirmed I'm a Starseed, I need to give some thought to what kind I am.  I'm thinking "Orion."  I definitely am not "Andromedan" because I hate being late, and the "Sirians" seem a little full of themselves, frankly.  I'm a little concerned about the "thorny relationships" part, but thus far Carol still puts up with me, so I guess I'm okay for the time being.