I've blogged before about my difficulties with prosopagnosia (better known as "face blindness").  My ability to recognize faces is damn near nonexistent; when I do recognize someone, it's either through context or because I remember a specific feature or features (she's the woman with the blonde hair, green eyes, and lots of freckles; he's the guy with curly gray hair and a little scar on the forehead; and so forth).  This, of course, backfires badly when someone changes their appearance.  It's why I have an extremely poor track record of recognizing actors in unexpected roles, where makeup and costumes can dramatically change what distinctive features they may have.  I was absolutely flattened when I found out that Jim the Vampire in What We Do In the Shadows was played by none other than Mark Hamill, and that Peter Davison -- the Fifth Doctor in Doctor Who, a show I'm absolutely obsessed with -- played the suave French teacher Mr. Clayton in Miranda.

When I figure it out, it's often because the actor has a distinctive voice that even being in a different character can't quite hide.  I know British actress Zoë Wanamaker from three very different roles -- Quidditch instructor Madam Hooch in Harry Potter, the scheming Lady Cassandra in Doctor Who, and hapless mystery writer Ariadne Oliver in Agatha Christie's Poirot.  But in each role, she keeps a very distinct clipped, staccato cadence in her voice that, for me, is instantly recognizable.

So I'm above average at voice recognition, whereas I can't form mental images of faces at all.  Hell, sitting here right now, I can't picture my own face.  I know I have sandy blond hair, gray eyes, black plastic-framed glasses, and a narrow face, but it doesn't come together into any sort of image.  If I see a photograph of myself in a group shot, I often have a hard time finding myself, unless (1) I know where I was standing, (2) I recognize the shirt I'm wearing, or (3) there aren't any other skinny blond guys with glasses in the photo.

As I've mentioned before, to anyone local who is reading this; if I've walked past you on the streets of the village with a blank look, and not said hi, please don't take it personally.  I had no idea who you were, or that I'd ever seen you before.  I have no problem if you say hi and mention your name; in fact, I really appreciate it.  It's much less awkward to have someone say, "Hi, Gordon, it's Bill" than to have me standing there trying frantically to search for clues so I can figure out who I'm talking to, or worse, ignoring someone I actually like. 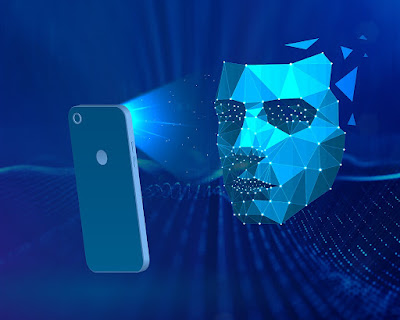 The reason this topic comes up is because of a puzzling piece of research in the Journal of Neurophysiology this week, that looked at the brain firing patterns in people when they heard famous people speaking (they used the voices of Barack Obama, George W. Bush, and Bill Clinton).  The test subjects were epileptic -- such studies often use epileptic volunteers who already have electrodes implanted in their brains to monitor their seizures, and the same technology can be used to study their other brain responses -- but were not prosopagnosic.

The reason I say the research was puzzling is they found that very same part of the brain that seems to be miswired in prosopagnosia, the fusiform gyrus of the basal temporal lobe, was extremely active during the volunteers' attempts to identify voices.  Put a different way, the face-responsive sites in the brain are also involved with vocal recognition.

How, then, does one of those responses go so badly wrong in people like me, and the other one is largely unimpaired?

The current research is preliminary; identifying the site in the brain where a response occurs is only the first step toward figuring out what exact pathway the firing sequence takes or how it's mediated.  The parts of the brain have a remarkable degree of functional overlap, and this is hardly the only example of two seemingly related abilities working in very different ways.

In fact, I can think of another instance of this phenomenon from my own experience.  I have near-perfect recall for music; my wife calls it my "superpower."  I hear a melody a couple of times, and I pretty much have it for life, and if it's in the range of my instrument, I can play it for you.  My ability to remember text, though, is mediocre at best, the main reason I gave up on doing community theater -- memorizing lines was painfully difficult for me.  It's hard to imagine why two different examples of recall involving sound would be so dramatically different, but they are.

In any case, it's interesting research, and I'm curious to see where it will lead.  We're only at the beginning of understanding how our own brains work, and the next twenty years should see some significant strides toward the maxim engraved on the walls of the temple of the Oracle of Delphi -- γνῶθι σεαυτόν (know thyself).