The natural history of the Common Yutz

As always, the Yiddish language has a word for it, and the word is "yutz."

A yutz is a person with no social graces.  As is typical with Yiddish words, however, there are layers within layers and meanings within meanings.  Implicit in this word is the connotation of someone who means no harm, who really thinks (s)he is a completely normal, well-liked person, and who is entirely unaware that people scatter like rats whenever (s)he is around.  This is a person who is capable of leaving behind a trail of frustration, irritation, and chaos, and being none the wiser.

I remember being on a weekend birdwatching trip to coastal New Jersey, and to my dismay, there was a yutz signed up to go with us.  At our first stop, I was with a small group trying to spot a singing Black-throated Blue Warbler in the treetops over head, and up comes Mrs. Yutz.

"I CAN HEAR HIM," she shouted, in a voice that probably registered on seismographs in Los Angeles.  "CAN YOU HEAR HIM?"

Several of us nodded, and a couple of us turned and glared at her.  One person said, in an exaggerated whisper, "Yes, we hear him."

Mrs. Yutz's teenage daughter, who was to regret many times coming along on this trip, said, "Mom, ssshhhhh!"

This was probably because the bird had upped stakes and flown to Atlantic City for some peace and quiet. 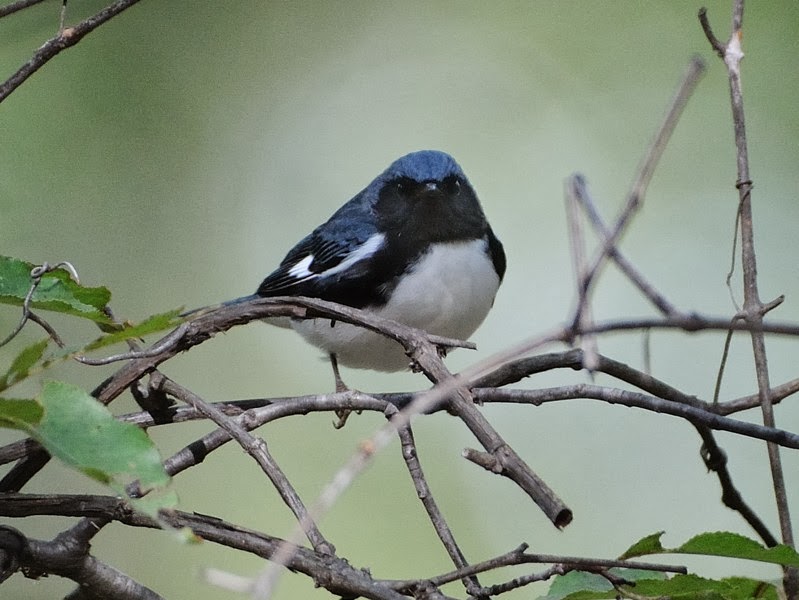 I see a lot of yutzim at the grocery store.  I find this species of yutz particularly annoying because I loathe shopping.  My usual shopping method is to run down the aisle, knocking old ladies and small children out of the way with my grocery cart, and to snatch items off the shelf and sling them into the cart without even slowing.  I don't even always look at what I'm throwing in.  I may not be the most accurate and competent shopper,  but let me tell you, I'm fast.  I once set out to one of those bulk discount stores with the instructions, "stock us up on some staples," and came back with nothing but a two-gallon jar of orange marmalade.  However, I was back home in twenty minutes flat, and that is taking Seattle traffic into account.

Grocery-store yutzim are people for whom shopping is apparently some kind of recreational activity.  They meander along at sloth-like speed, look at each and every item on the shelf, consider it carefully, read the label, and then put it back on the shelf.  They always have the biggest shopping carts available, which when set diagonally are capable of blocking an entire aisle.  Our local store has special carts for yutzim with children; these carts have a toy car appended to the front, so the young yutz-in-training can sit inside and pretend to drive.  These behemoths are twice as long as a regular shopping cart, and have about a two-mile turning radius.  One of them can prevent access to an entire row of grocery-store shelves.

When two grocery-store yutzim meet, it's a calamity of such magnitude that it brings all shopping in that region of the store to a halt for an hour.  They stand there, their carts aligned so as to create maximum blockage, talking and gesticulating and laughing, while other shoppers, who would like to arrive home with their groceries some time this decade, have to go from the vegetable department to the meat department via Argentina to get around the congestion.  The yutzim are always completely unaware of the problem they're causing, and if you go up to them and say, "Excuse me," they will stop their conversation, give you a momentary blank look, and then smile and say, "Oh, no problem!" in a cheerful voice.  Then they will go back to their conversation without moving either themselves or their carts.

It's not that yutzim are bad people.  I've known a few of them personally, and they are unfailingly kind, friendly, and generous.  It's just that they lack the level of awareness of their surroundings that most of us have.  I'd like to think that if I walked up to some people in a conversation, and they all simultaneously looked at their watches, announced that they had important meetings to attend, and left, I'd get the clue that it was me that was the problem.  It's like the old line that goes:  "The one common factor in all of your failed relationships, miserable jobs, and blown opportunites is:  You."

Still, you have to feel a little sorry for them.  It's pitiful to think that there are people on whom life has so little impact.  It's a shame that there's not some gentle way to clue them in, to let them know the effect they're having.  And to suggest to them that (1) most people are perfectly capable of identifying a bird's song as "cute" without assistance, and (2) if they're ever in a grocery store, and they see a tall blond guy who is clutching a large jar of marmalade and sprinting down the aisle, they'd be well-advised just to get the hell out of the way.
Posted by Gordon Bonnet at 2:36 AM