As a followup to my last post, today we have two stories from people who fall clearly into the "you have no idea what you are talking about, and therefore should just shut up" department.

Both of these are people who have weighed in on the origins of homosexuality, despite the fact of having no training whatsoever in either human behavioral science or developmental genetics.  (In fact, one is a professor of law and the other one a proponent of "alternative medicine.")  To clarify right from the outset:  the scientists who have done some actual research on the topic, and who therefore are actually qualified to give an opinion, have stated unequivocally that sexual orientation is due to a variety of factors, both genetic and environmental:


Despite almost a century of psychoanalytic and psychological speculation, there is no substantive evidence to support the suggestion that the nature of parenting or early childhood experiences play any role in the formation of a person's fundamental heterosexual or homosexual orientation. It would appear that sexual orientation is biological in nature, determined by a complex interplay of genetic factors and the early uterine environment. Sexual orientation is therefore not a choice.  [Source]

Okay, that's clear enough, and certainly informs us about the ethics of discriminating against LGBT individuals, doesn't it?  But even this statement -- from the Royal College of Psychiatrists, in the UK -- isn't enough for some people, especially if they have an agenda.

Which brings us to Gian Paolo Vanoli, a purveyor of alternative medicine in Italy.  Vanoli is a prominent anti-vaxxer, who is unmoved in his ridiculous stance despite last week's deadly outbreak of measles in Wales that has thus far sickened 700 people.  And now, Vanoli has added another outcome to his list of bad effects from vaccination.  Vaccination, Vanoli says, can make you gay:


The vaccine is introduced into the child, the child then grows and tries to find its own personality, and if this is inhibited by mercury or other substances present in the vaccine which enter the brain, the child becomes gay. The problem will especially be present in the next generations, because when gays have children, the children will carry along with them the DNA of their parent’s illness. Because homosexuality is a disease, even though the WHO has decided that it is not. Who cares! The reality is that it is so. Each vaccination produces homosexuality, because it prevents the formation of one’s personality. It is a microform of autism, if you will. You will see how many gays there will be in the next generation, it will be a disaster... One of the main causes is represented by vaccines, which go against life, disturbing our mind and our spirit. The proof of that is the big increase in the number of homosexuals. Since mass vaccination began, this is the result.

And if you think that this is faceplant-inducing, wait till you hear the proclamation made recently by Judith Reisman, a professor of law at Liberty University:


As principal investigator during President Reagan’s term, I piloted the largest unbiased U.S. Department of Justice study ever conducted on pornography. Big Pornography paid millions to taint our rock-solid findings. Our study was “burned” as science confirmed the 3,500-year-old biblical reality: Pornography would have to cause pornography/sex addiction...  We’ve just been educationally and morally dumbed down enough for deviance to really catch up...

“Pornography is inducing a cultural pheromonic effect,” recording the mis-orientation of male gypsy moths.  In 1869 gypsy moths, imported to create an American silk industry, instead decimated our deciduous trees – oaks, maples and elms – and devastated our forests for the next 150 years. In the ’60s scientists found male moths mate with the female “by following her scent,” her “pheromone.”  A 1967 paper, “Insect population control by the use of sex pheromones to inhibit orientation between the sexes,” reported that scientists permeated the moth’s environment with strong, artificial female moth pheromone “This … scent overpowered the normal females ability to attract the male, and the confused males were unable to find the females.”  So, our trees got saved by what could be called olfactory moth pornography, a heavy-duty phony scent that unmanned male orientation to create an impotent moth population.

“An airplane scatters … pellets imbedded with the scent of the pheromone … [that] overpower the male’s ability to find the female. He is thus desensitized to the natural scent of the female by this artificially produced pheromone. … The male either becomes confused and doesn’t know which direction to turn for the female, or he becomes desensitized to the lower levels of pheromones naturally given out by the female and has no incentive to mate with her.” (emphasis added)

Gypsy moth pornography? In the trapping method, male moths looking for the female, enter traps with no exit “only to find a fatal substitute...” 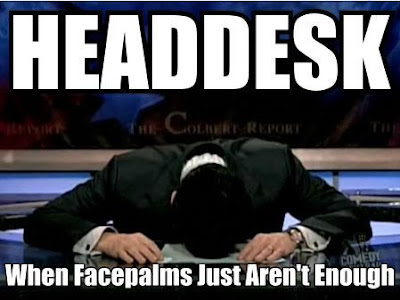 I'm not sure that the most surprising thing of all isn't that this woman actually has a Ph.D. and holds a professorship.  Of course, it is at Liberty University, which isn't exactly a hotbed of erudition, and she teaches law even though her Ph.D. is in communications.  And it bears mention that she has gone on record as saying that people who view pornography suffer brain damage, and so "are no longer expressing 'free speech' and, for their own good, shouldn't be protected under the First Amendment."  Oh, and that Nazism was caused by homosexuality.

Then, there's the fact that she ended what was apparently intended to be persuasive journalism with the word "Gosh."

Hey, it's possible.
Posted by Gordon Bonnet at 2:50 AM