If there's one thing I have learned from years of studying science, it's that precision is critical.

I'm not talking about mathematical precision, here, although that's pretty important, too.  What I'd like to consider today is how imprecise, or even flippant, use of terms can lead to misunderstanding.  Further, it can result in a complete misrepresentation of what the science actually says.

It can also give false hopes to the woo-woos, and heaven knows, we can't have that.

We've already seen this in two other cases -- how physicist Leon Lederman's injudicious choice of the nickname "The God Particle" for the Higgs boson led some ultrareligious types to claim that its discovery last year proved that god exists, and how demonstrations of quantum entanglement resulted in wingnuts of Diane Tessman's ilk to write reams of nonsense describing how the phenomenon was the explanation of everything from consciousness to telepathy.  (In fact, entanglement seems to be useless for communicating information; the speed of light remains the upper bound to the speed with which meaningful information can be transmitted.  Oh, and the Higgs boson has nothing whatsoever to do with a deity.)

I ran into another example of this yesterday, in an article whose title alone was enough to raise eyebrows: "Perpetual Motion Test Could Amend Theory of Time."  In it, we hear about the research of MIT physicist Frank Wilczek, who has been researching a peculiar construct called a "time crystal:"


In February 2012, the Nobel Prize-winning physicist Frank Wilczek decided to go public with a strange and, he worried, somewhat embarrassing idea. Impossible as it seemed, Wilczek had developed an apparent proof of “time crystals” — physical structures that move in a repeating pattern, like minute hands rounding clocks, without expending energy or ever winding down. Unlike clocks or any other known objects, time crystals derive their movement not from stored energy but from a break in the symmetry of time, enabling a special form of perpetual motion.

Now, the author of this piece, Natalie Wolchover, is pretty clear that the emphasis should be on the words "special form" and not on the words "perpetual motion:"


Now, a technological advance has made it possible for physicists to test the idea. They plan to build a time crystal, not in the hope that this perpetuum mobile will generate an endless supply of energy (as inventors have striven in vain to do for more than a thousand years) but that it will yield a better theory of time itself.

Further, the article ends on a cautionary note:


(S)ome physicists... remain deeply skeptical.  "I personally think it’s not possible to detect motion in the ground state," (theoretical physicist Patrick) Bruno said. "They may be able to make a ring of ions in a toroidal trap and do some interesting physics with that, but they will not see their ever-ticking clock as they claim."

Unfortunately, the caution hasn't traveled along with the story.  The site io9, which covers "science, science fiction, and the future," amplified Wilczek's research into an article titled "Physicists Believe It's Possible to Build a Perpetual Motion Machine."  It quotes, and links, the Wolchover story, but begins with the rather presumptuous phrase "All bets are off."  And if you want to take a further climb down the ladder, read the comments that follow the io9 iteration of the story, a few of which I quote verbatim below:


"Let's say this turns out to be true: how much energy could these things generate? Are there any immediate practical uses that come to mind?  ...I mean if a football field sized grid of these things could only power an alarm clock it's not very practical, but I am completely in the dark about what sort of energy yield we are talking about here."

"If we up the scale a bit, we can get nearly or very long perpetual motion/energy from a Dyson sphere, so of course it's possible.. Is it doable now - well that's completely different matter."

"Haven't we watched enough movies about how this will lead to a black hole, tear to a different dimension, or the entire planet crumbling?"

"What's more important, in my mind, is "breaks in the symmetry of time" which sounds so much like science fiction I wonder if it could lead to time travel...  More interesting than that... could it lead to reactionless space drive or faster than light travel?"

Okay, can you people just chill out a little?

First, let's focus on the fact that first, Wilczek hasn't even demonstrated that these things exist on the microscopic level, much less the macroscopic.  I mean, I think they sound intriguing, and wish him all the luck in the world, but maybe it might be a good idea to see if they're even real before we start trying to power our spaceships with them.

Second, even if they do exist, I'm pretty sure they'll be reconcilable with the existing laws of physics, which have been tested every which way from Sunday.  The idea that Wilczek's "time crystals" (speaking of an injudicious choice of a name for a phenomenon...) turn out to be real, I highly doubt that this will revoke the General Theory of Relativity or the Second Law of Thermodynamics.  "Free energy," in the sense of some system generating more energy than it consumes, will remain impossible.  So calling this thing a "perpetual motion machine" equates it with the device the cranks have been trying to produce for hundreds of years, just as Wolchover pointed out, and isn't all that accurate in any case. 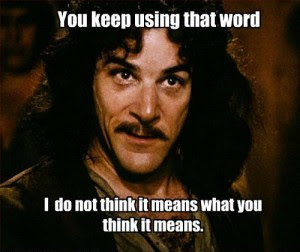 Of course, all this won't stop the wingnuts from making all sorts of bizarre claims about what Wilczek's yet-to-be-tested theories imply.  Look for Diane Tessman to weigh in soon, probably stating that "time crystals" explain déjà vu and precognitive dreams.

I'm already arranging cushions on my desk to protect my forehead from the faceplant that will result.
Posted by Gordon Bonnet at 2:52 AM