Go away, atheists. We're tired of you.

Many of you have undoubtedly heard about the lawsuit currently making its way through the courts in Massachusetts, in which the state's Equal Rights Amendment is being used to argue that the words "under God" should be removed from the Pledge of Allegiance.

I realize that this is a hot-button topic on both sides of the issue.  Christians argue that our nation was founded by Christian men (a claim that has its own problems -- but which, as a non-historian, I am unqualified to weigh).  Atheists and agnostics object to a statement being read in public schools and at the beginning of government meetings of all sorts that asserts the existence of a deity, and which attendees are expected to recite.

Now, far be it from Fox News to refrain from throwing gasoline on the fire.

Dana Perino, Fox News commentator and former press secretary to President George W. Bush, was asked about the lawsuit last week, and had some fairly strong words to say about it. 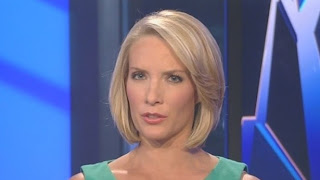 "I’m tired of [atheists]," Perino said, in a discussion of the lawsuit with co-host Bob Beckel.  "I remember working at the Justice Department years ago when I first started right after 9/11 and a lawsuit like this came through, and before the day had finished, the United States Senate and the House of Representatives had both passed resolutions saying that they were for keeping 'under God' in the pledge.  If these people really don’t like it, they don’t have to live here."

But, of course, instead of saying, "What the hell are you talking about?", Beckel simpered back at her, "Yeah, that's a good point."

Is it really?  So, Ms. Perino, would you have no problem with saying, "One nation, under Ralph?"  After all, it's just some guy's name, and you don't believe that Ralph is a deity, so why do you care?

You know, what gets me about all of this is that no one seems to be able to come up with a cogent reason as to why the "under God" thing should be retained in the Pledge.  Nor, for that matter, why "In God We Trust" should be on our currency.  Christians are free to pray in their churches; they're free to pray in their homes; Christian children are, contrary to popular opinion, free to pray in public schools as long as (1) it is not a mandated, school-sponsored activity, (2) they don't disrupt class by doing so, and (3) they don't coerce other children into praying along with them.  (I've known more than one teenager, in our relatively liberal school, who has quietly said grace before eating lunch -- and never noticed anyone giving them any trouble over it.)

Why must we include statements that imply that in order to be an American, you have to be Christian?

Or, for that matter, religious at all?

The tacit assumption here -- that I, as an atheist, can't be a "real American," that I am somehow unpatriotic and unfaithful to the values on which this nation was founded -- is profoundly insulting to me.  My political views, and my loyalty to this country, are entirely unrelated to my belief or disbelief in a deity.  (Cf. "Separation of Church and State.")

So, Ms. Perino, what do you suggest for me, an American citizen and an atheist, as an option?  When I stand for the Pledge during my first period class, when I recite it when I attend school board meetings, that I just say "under God" even though I don't believe it?  In other words, that I should lie outright, in public?  Or that I should just skip that part -- inviting questioning looks and (occasionally) disapproving frowns?

Can you honestly tell me why any mention of a deity should be on our currency and in our public statements of allegiance?

And I'm very sorry, Ms. Perino, that you're "tired" of people like me, but you know what?  I think you're gonna have to take a couple of No-Doz, put your big girl pants on, and deal with it.  Because atheists, rationalists, agnostics, and the like -- the sort of people who put "none" under "religious affiliation" on official forms -- now make up 20% of the American population, according to a Pew Research study done late last year.  And we are no less likely than Christians are to be loyal, law-abiding citizens.

So unless you seriously want 1 in 5 Americans to leave the country, you might want to reconsider your rhetoric.

Not that what you think makes any difference.  Because I don't believe that atheists are planning on going anywhere -- and I suspect that, given current trends, we're only going to become more numerous.
Posted by Gordon Bonnet at 1:45 AM