Proof, souls, skepticism, and being wrong

I think one of the problems with scientists and non-scientists not understanding each other revolves around the meaning of the word "proof."

I ran into two interesting instances of this in the last couple of days.  One of them was a response to my post last week about the conspiracy theorist conference that's being held next Saturday in my home town, in which I wrote (amongst other comments) a rather snarky paragraph about people who believe in chemtrails, anti-vaxx propaganda, and so on.

Well, that sort of thing always upsets some readers.  "I hate these damn skeptics," wrote one commenter, "who think they have everything proven!  The world always has to be how they see it!"

First off, in my own defense, I've never claimed that I was infallible; only that the evidence very much supports the contention that (1) chemtrails don't exist, and (2) vaccinations are safe and effective. And just because I'm pretty certain to be right about these two things doesn't mean that I think I'm right about everything.

But the more interesting thing is the use of the word "proof."  Because in science, disproof is usually far easier than proof.  If you have a model of how you think the world works, you design a test of that model, and see if the results are consistent with what the model predicts.  If they are not -- assuming that nothing was wrong with the research protocol -- then your model is disproven (although scientists generally prefer the word "unsupported").

Of course, the problem is that in this context, you never really "prove" your model; you simply add to the support for it.  Nothing is ever proven, because additional experiments could show that your model hadn't predicted correctly in all cases, and needs revision.

But still the sense persists out there amongst your average layperson that scientists "prove their theories," and that all you need is some hand-waving argument and a few fancy-looking diagrams to accomplish this.

As an example of the latter, consider the site that is making the rounds of social media with the headline "Scientists prove the existence of the soul!"  Of course, when I clicked on the link, I was already primed to view the whole thing with a jaundiced eye, because it's not like I don't have my own biases on this particular topic.  But I'm happy that in this case, I wasn't off base in my skepticism, because this link turned out to be a wild woo-woo claim par excellence.

The whole thing is based upon the "research" of a Russian scientist who claims to have photographed the soul leaving the body as someone dies.  Here's a pair of his photographs: 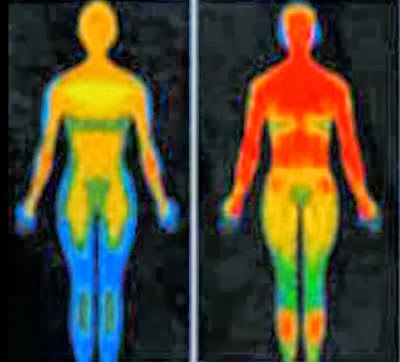 And here is the accompanying explanation:


The timing of astral disembodiment in which the spirit leaves the body has been captured by Russian scientist Konstantin Korotkov, who photographed a person at the moment of his death with a bioelectrographic camera.

The image taken using the gas discharge visualization method, an advanced technique of Kirlian photography shows in blue the life force of the person leaving the body gradually.

According to Korotkov, navel and head are the parties who first lose their life force (which would be the soul) and the groin and the heart are the last areas where the spirit before surfing the phantasmagoria of the infinite.

In other cases according to Korotkov has noted that "the soul" of people who suffer a violent and unexpected death usually manifests a state of confusion in your power settings and return to the body in the days following death.  This could be due to a surplus of unused energy. 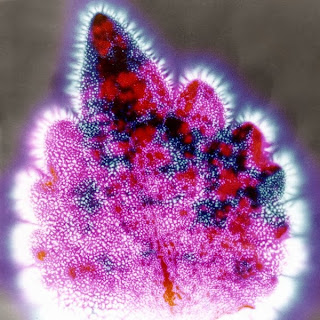 What Korotkov's photograph looks like to me is a false-color photograph taken with an infrared camera, which colorizes the regions of a human body (or anything) based upon its temperature.  So naturally the heart (positioned, as it is, in mid-torso) and the groin would tend to be warmer.  I don't think it has anything to do with your soul sticking around because it's especially attached to your heart and your naughty bits.

I also have to wonder how Korotkov was able to study people who experienced "violent and unexpected deaths."  It's not as if you can plan to have a scientist around for those, especially the unexpected ones.

But in the parlance of the infomercial -- "Wait!  There's more!"


The technique developed by Korotkov, who is director of the Research Institute of Physical Culture, St. Petersburg, is endorsed as a medical technology by the Ministry of Health of Russia and is used by more than 300 doctors in the world for stress and monitoring progress of patients treated for diseases such as cancer.  Korotkov says his energy imaging technique could be used to watch all kinds of imbalances biophysical and diagnose in real time and also to show if a person does have psychic powers or is a fraud.
This technique, which measures real-time and stimulated radiation is amplified by the electromagnetic field is a more advanced version of the technology developed for measuring Semyon Kirlian aura.

Korotkov observations confirm, as proposed by Kirlian, that "stimulated electro-photonic light around the tips of the fingers of the human being contains coherent and comprehensive statement of a person, both physically and psychologically."

In this video interview Korotkov speaks of the effect in the bioenergy field with food, water and even cosmetics. And emphasizes one umbrella drink water and organic food, particularly noting that the aura of the people in the Undies [sic] suffers the negative effects of nutrients as technologization distributed in this society.

Korotkov also speaks of their measurements in supposedly loaded with power and influence that people have in the bioenergy fields of others. Checking Rupert Sheldrake's experiment of the feeling of being watched : Because a person's bioenergy field changes when someone else directs his attention, even though it is backwards and not consciously perceived. Also a place fields are altered when there is a concentration of tourists.

Well then.  We have "electro-photonic light" (is there another kind?), "bioenergy fields" (sorry, Sheldrake, but there's no evidence they exist), a reference to "real" versus "fraud" psychic powers, and a contention that tourists affect a person's soul.  Not to mention the thing about "undies," which I sincerely hope was a typo or mistranslation, because I would hate to think that my boxers are somehow creating negative effects in my spiritual nutrients.

And this is what people read, and say that it "proves the existence of a soul?"

Of course, what we have going on here is confirmation bias -- when you already believed something, so a tiny piece of sketchy evidence is all you need to shore up that belief.  I think I can state without fear of contradiction that no one who didn't already believe that souls exist would be convinced by this article.

So that's the problem, isn't it?  And not just in this admittedly ridiculous claim that equates dead bodies cooling off with their souls escaping.  Think of people who listen, uncritically, to "news" about their favorite controversial story -- evolution vs. creationism, the safety of vaccinations, the role of human activities in climate change, whether the public school system is headed for disaster.  If you uncritically accept what you're hearing as proof, just because it supports the contentions you already had, you'll never find out where you've got things wrong.  And that, to me, is the heart of science -- and the only way to lift yourself above your biases.

If you have fifteen minutes, and want to listen to someone who demonstrates this point brilliantly, take a look at the TED talk by Kathryn Schulz called "On Being Wrong." 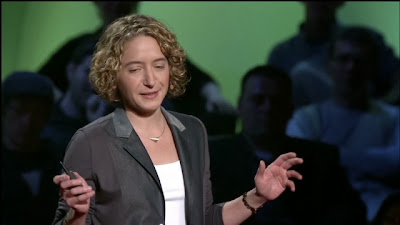 I can honestly say that watching this short video was to me an eye-opener to the point of being life-changing.  She asks us to shift our viewpoint from trying to "prove" what we already believed to be true, to thinking seriously about the possibility of our being wrong -- and frames it in a way I had honestly never considered.  I think that the first time I watched it, I spent the last half of it listening with my mouth hanging open in sheer astonishment.

You have wonder how much pain and suffering could be averted in the world if more people would entertain the possibility of their being wrong.  Right now, there are hostages being held in a mall in Kenya (and 68 known dead in the incident) because of men who are so convinced that their worldview is right that they are willing to slaughter innocent people in its name.

Maybe we have been, as a species, looking at things the wrong way round.  Maybe we shouldn't constantly be looking for proof for what we already believed.  Science (at its best) approaches the world tentatively, testing, probing, and wondering -- and constantly asking the question, "what if this model is wrong?"  I know we can't all be scientists, and that not all problems are scientific in nature, but the general approach -- always keeping in mind our own fallibility -- has a lot to recommend it.
Posted by Gordon Bonnet at 1:50 AM