It is the nature of the world that sometimes we have to look at all of the available evidence, and not come to a conclusion.

It's tempting to think that science, and the skeptical approach, will always result in answers, but the sad fact is that sometimes we have to admit that (barring the uncovering of further data) we will never have an explanation.  This is something that often doesn't sit well with people, however.  We like understanding, we like everything to be tidy and clear, without loose ends, and the result is that we will sometimes settle for a bogus explanation simply because it feels better than saying, "We don't know."

Such, I believe, is the strange case of Carole Compton, the Scottish nanny who almost ended up spending decades in jail because of an accusation of attempted murder by pyrokinesis (starting fires with your mind) and witchcraft -- but only forty years ago. 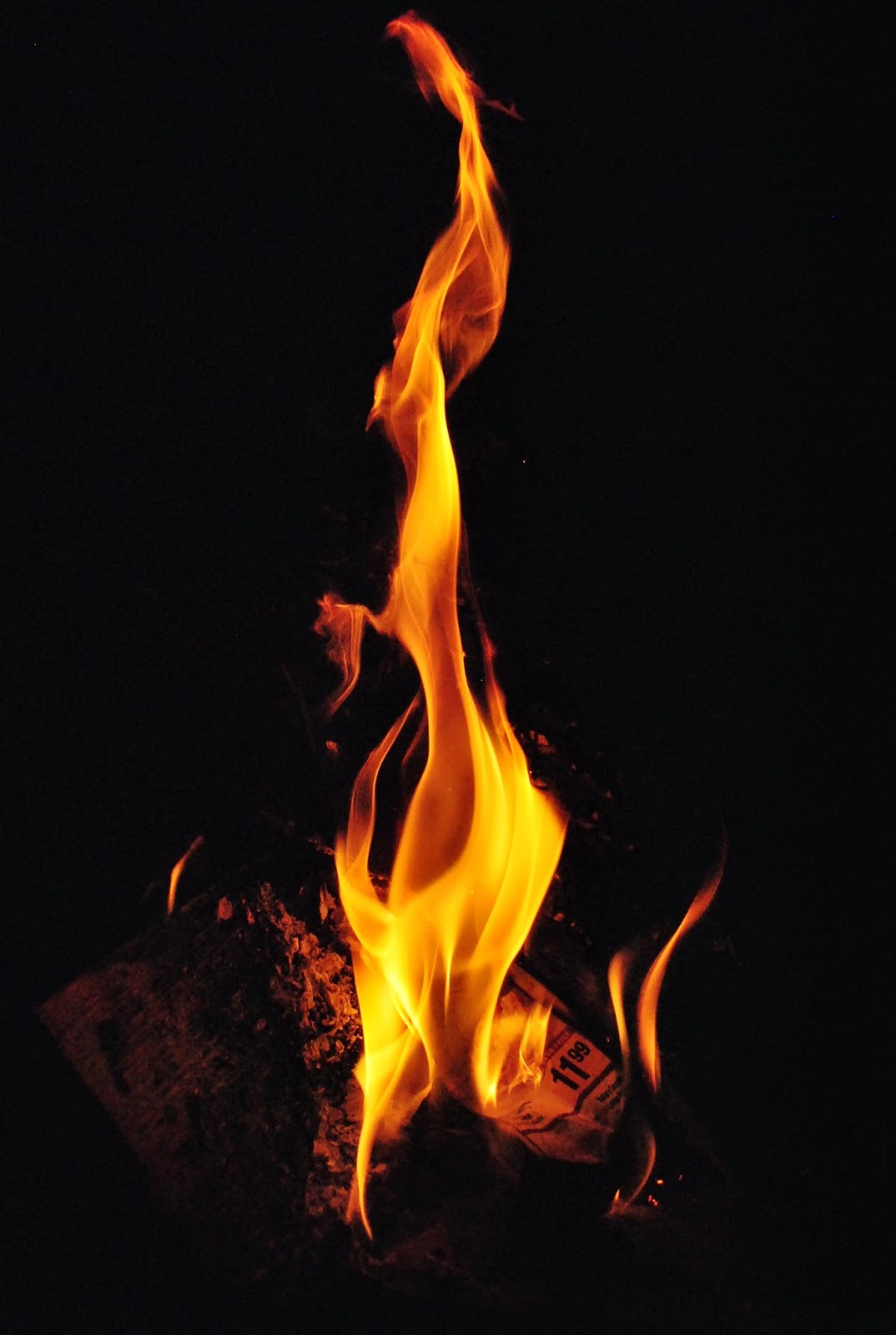 Compton is from Ayr, Scotland, but had fallen in love with an Italian man she'd met there and followed him back home.  While waiting for him to complete his military service, she took on a job as a nanny for a wealthy family near Rome.  The Riccis welcomed Carole into their home to look after their children, and all went well until a small religious picture fell off the wall as Carole walked by, prompting a maid to make the sign of the cross and raise her eyebrows about what it could mean.

That event was recalled several weeks later when Carole accompanied the Riccis on their annual vacation in the Alps, and a fire broke out in their vacation home, destroying the second floor completely.  Firemen said that the house had a history of electrical problems, and that was undoubtedly the cause.  But the Riccis began to question that explanation when two subsequent fires began in Carole's presence -- one in a trash can and the other in the bedroom of the Ricci's two-year-old son.

Carole was rehired by another family, the Tontis, once again as a nanny.  The grandmother of the family, however, took an instant dislike to Carole, which was intensified to hatred and fear when once again Carole seemed to be the epicenter of bizarre occurrences -- a fire in a mattress, a vase falling from a table and breaking while no one was near it, and objects (including a religious figurine) flying off shelves and walls.  At this point, the word strega (witch) was used, and the talk started in earnest.

But it was all talk until a fire started in another mattress, this time in the room of three-year-old Agnese, the child Carole had been hired to care for.  The grandmother demanded that it be stopped, and the authorities intervened, and arrested Carole for attempted murder.

The media went wild about "the nanny they call a witch."  Some people claimed she was psychotic, and had engineered the incidents; others that there was a poltergeist following her around.  The consensus, though, was that she was possessed, and the demon was visiting its evil on the people she lived with.  It took over a year for her to come to trial (in December 1983), and she was found innocent of the attempted murder charge, but guilty on two counts of arson.  She was sentenced to two and a half years in prison, but was released on time served and immediately left Italy to return to her native Scotland.

What really happened in the Compton case?  It hardly bears mention that I'm doubtful about the "poltergeist" and "demonic possession" explanations, not to mention the phenomena of telekinesis and pyrokinesis in general.  According to an article about Compton and other similar cases in The Scotsman, Compton now is living quietly with her husband, Zaroof Fazal, in a town in Yorkshire, and they have three school-age children.  Nothing further in the way of quasi-supernatural events have happened to her.  "What happened to me is something that never goes away," she told reporters.  "It was a dreadful ordeal...  I have a happy life now.  I try not to think about the past."

Not the sort of thing you'd expect if she suffered from Münchausen's-by-proxy, which is another explanation that has been put forward -- that she deliberately attempted to injure her young charges in order to garner attention and/or care.  Compton seemed horrified at the attention she was getting right from the beginning, and even she denied that anything supernatural was going on, although she didn't have an alternate explanation.  During her trial, noted supernatural investigator Guy Lyon Playfair (the man who did the study of the Enfield poltergeist) offered to look into the case, but Compton didn't want him to get involved, claiming that there must be a rational explanation and surely the Italian legal system would realize that.

No such rational explanation has ever been found.

Of the non-paranormal solutions to the case that have been proposed -- Compton being psychotic or suffering from Münchausen-by-proxy, the fires having a natural cause (nearby electrical shorts, for example), and the falling objects being due to the fact that objects fall down sometimes -- none of them explain the entire story, nor why those events seemed to follow Compton around.  Even the people who accused Compton -- the Tonti grandmother, for example -- steadfastly claimed that the fires erupted and objects fell and broke without Compton touching them.  No one in the Tonti household said that Compton had gone around breaking things and setting fires deliberately; it was only after it got into the courts that this explanation was settled on, because no 20th century European judge would be willing to risk his or her reputation by seriously considering a charge of witchcraft.

So we're left where we started; some weird things happened in Carole Compton's presence in Italy in the 1980s, and no one knows why.

Not a satisfying explanation, by a longshot.  But as skeptics, we have to go as far as the evidence pushes us, and no further.

And in the Compton case, as far as we can get is "we don't know."