Yesterday, I thought we had reached some pinnacle of cryptozoological silliness with "Batsquatch," the denizen of the forested Pacific Northwest that looks like you put a chihuahua's head on Arnold Schwarzenegger's body, and added humongous bat wings.

But no.  Today we do even better, with a report from north of Pittsburgh, Pennsylvania, of a man who saw...

Yes, a gnome, complete with pot belly and little conical cap.  And no, he says, it was not a garden statue. 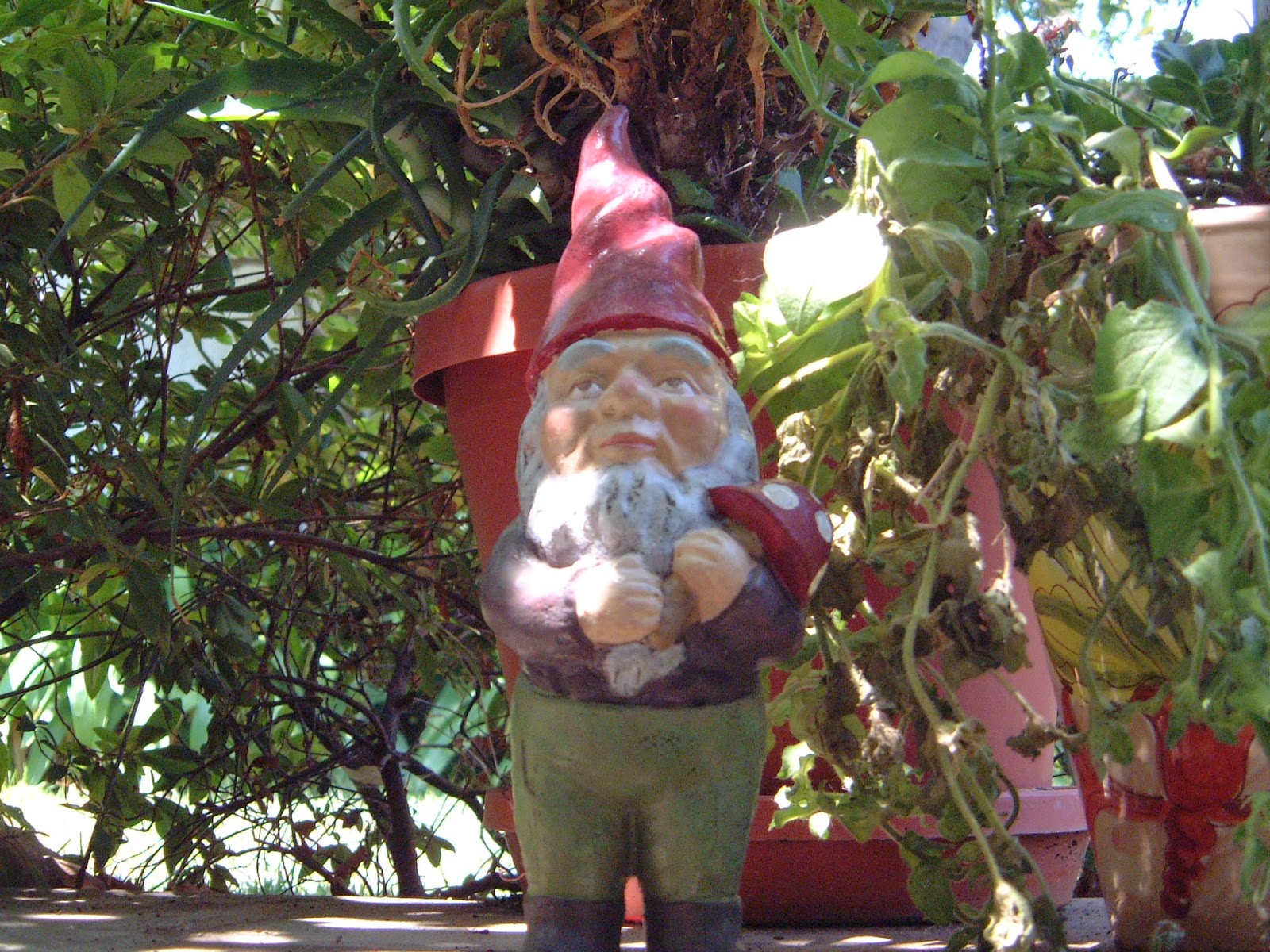 Over at the site EarthFiles, we hear the account of one Keith Sniadach, who owns a cabin in western Pennsylvania.  He set up a game camera, but instead of the usual deer and raccoons, he captured something different -- a moving figure with a "pink, pig-like face, bulbous black eyes, and a coned head (that) seems to be a hat with a white ball on top."  The figure also has "skinny legs" and "seems to be wearing leather."

You'll have to go over to the link provided to read Sniadach's entire account and to see the photographs, because the EarthFiles site has a big warning at the bottom that everything on their site is copyright-protected, and I'd rather avoid legal entanglements.  But when I read this story, three things jumped out at me:

Okay, I know #3 may be a little unfair, but it does occur to me how infrequently gnomes appear to skeptics like myself.  So I thought: all right, Sniadach has his own set of biases, as does Linda Moulton Howe, owner of EarthFiles.  But don't we all?  Couldn't Sniadach still be a reliable witness?

Then I scrolled down on the above Amazon link, to read his reviews, and found the following one-star review:


I reviewed this book before and the Author had posted vitriolic and obnoxious comments regarding my view on his work.  This prompted me to read the book for the second time and my stand on this opus remains the same.

Relics of God is an attempt to compile objects associated with the superphysical realm and other stories about Christianity...  (Yet) eighty-nine percent of the information were taken from internet sites and the only primary source consulted was the bible.

Which, of course, also doesn't mean that he made up the gnome story, but it does call into question his scientific credibility.  Which is not helped by the fact that in his account, he says that there has also been a lot of Bigfoot activity near his cabin, and he and his father have heard and recorded "Bigfoot screams."

He says he's also really interested in The Winged Humanoid of Butler County.

On the other hand, Howe contacted Daniel Drasin, "professional digital image analyzer," who pronounces that on examining the gnome photographs, he sees "no obvious evidence of Photoshop manipulation."

Not, of course, that that's the only way to create a fake paranormal photograph.  My younger son took the following just a couple of days ago, using his old digital camera: 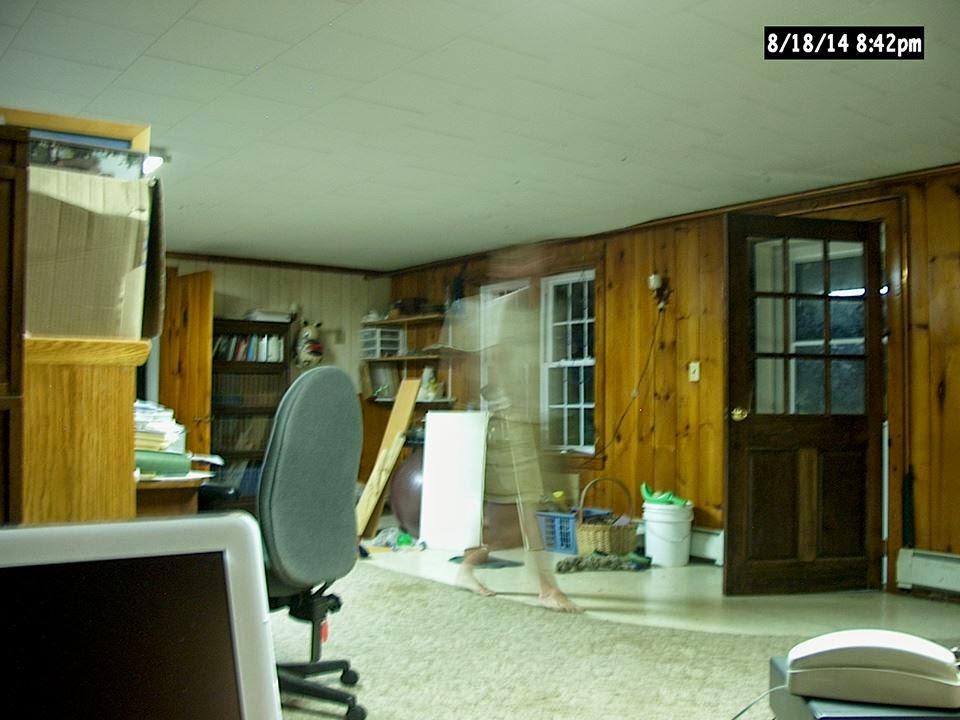 The ghost in the photograph is me, walking across my rec room.  I guess I'm like those creepy guys in The Sixth Sense who are ghosts and don't know they're dead.

In any case, I'm doubtful about the whole Pennsylvania gnome thing, Sniadach's claims to the contrary notwithstanding.  Being a biologist, no one would be more tickled than me if there was some previously-undocumented species of sentient creature moseying around in the woods of my neighbor state.

But I don't think this is it.  I'm placing the gnome in with Batsquatch, squarely in the "nope" file.
Posted by Gordon Bonnet at 4:16 AM