Andrew Cuomo, education, and the lie between two truths

The episode of The X Files called "E.B.E." contained what may be the most insightful quote that the series ever generated.  Fox Mulder's informant, the man who is never known as anything but his code name of "Deep Throat," says:  "And a lie, Mr. Mulder, is most conveniently hidden between two truths."

That statement is especially accurate when the truths are stated outright and the lie is implied.  And this is a lesson that apparently was well learned by New York Governor Andrew Cuomo's Director of State Operations, Jim Malatras.

In an op-ed piece in the New York Daily News, Malatras once again places the blame for New York's "failing schools" in the laps of the teachers and administrators, and lauds Cuomo's plan to hitch teacher evaluation, retention, and salaries to high-stakes standardized tests.  Malatras writes:

Public education should be the great equalizer — a system that helps every child learn in order to achieve a brighter future... (O)ur current system fails to deliver on that promise. That must change.

And the governor has a plan to do it.  He will attract the best and brightest teachers by providing full scholarships to those who enter the profession.  He will create a fair and objective evaluation system, rewarding good teachers and providing unprecedented support and mentoring.  He will turn around failing schools and transform them into community schools.  He will continue to expand early education...

If the Legislature enacts these reforms, we will spend an additional $1.1 billion in aid — bringing education spending to the highest level in state history.

This "fair and objective evaluation system" involves tying 50% of teachers' numerical scores to student performance on tests prepared at great cost by companies such as Pearson Education, despite a long history of inaccuracies and errors and scholarly research that showed as long ago as 1999 that standardized tests are a poor measure of both student achievement and teacher quality.  Not only would the governor's plan lead to veteran teachers facing revocation of their tenure if their students fail to hit the benchmark score, it would also tie scores to a $20,000 incentive for "highly effective teachers," and require five consecutive years of "effective" or "highly effective" ratings for a new teacher to achieve tenure. 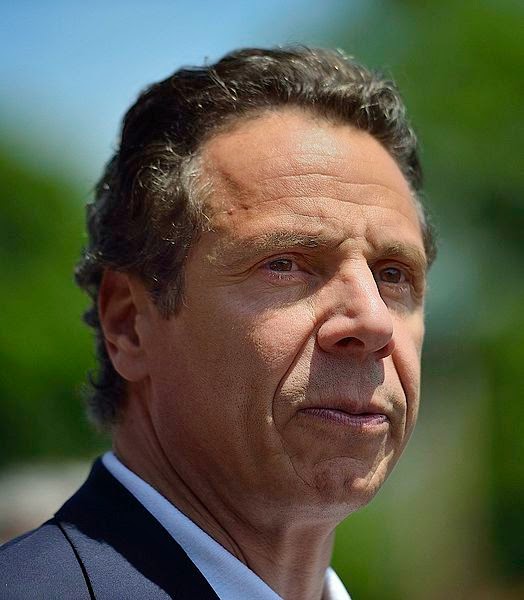 Malatras includes a couple of truths in his piece.  He states correctly that New York has the highest per-capita spending on education ($19,522 per student).  He also says that the bottom line should be the students -- their learning, their achievement, their mastery of skills.  No one, I think, would disagree with that.

But the lie is hidden there, and hidden well, because it's implicit in a true statement he makes at the end of the fifth paragraph of his piece.  Malatras writes:


But the governor is not willing to throw more money into the system as it exists today. A system where 64% of our third- through eighth-graders are not proficient in math, 69% are not proficient in English language arts and a quarter of high school students fail to graduate in four years. A system where nearly 110,000 students sit in 178 failing schools, and nine out of 10 are minority or poor.

Did you catch that?  In the failing schools, nine out of ten children are minority or poor.

The implicit lie is that the governor's plan -- hitching the careers of teachers to a flawed metric generated by high-standards exams -- is going to fix the inherent impediments faced by children who grow up in poverty and disadvantage.  So how about Governor Cuomo and Jim "Yes-Man" Malatras consider research by Regina Enwefa, Stephen Enwefa, and Robert Jennings, that found that the single metric that correlated best with students needing special education services was poverty:


Today’s youth in poverty, who need skills to match the rapidly changing directions of our society, are failing academically.  More than seventy-five percent of poor youths have below average basic skills and almost fifty percent are in the bottom fifth of basic skills because of poor reading and math skills.  Poverty alone can cause low academic achievement. Poverty along with cultural and linguistic differences, tends to lower academic achievement and result in very high drop out rates.  Though educators try to meet the academic needs and demands of children and their families with disabilities, they too face barriers.  Inadequate staffing to meet the needs of today’s increasing numbers of poor children clearly affects the child’s ability to perform.

So Governor Cuomo's opinion is that this is some kind of coincidence, and that these children's failure to achieve is the result of poor teaching?  Easier, of course, to blame the teachers and the administrators and the schools rather than addressing the actual cause of the problem.  Easier to pretend that you can use an identical "fair and objective evaluation system" to generate an assessment both for a teacher of AP students in a rich school in Westchester County and a special education teacher teaching disadvantaged children in inner-city Buffalo.  Enwefa et al. write:


Global policymakers are working relentlessly in an attempt to determine ways to restructure education with significant focus on educational services for children with disabilities.  If our government indeed wants to help poor families of children with disabilities out of poverty, and then there must be a fundamental change in policy.  Policy makers must look at poverty itself, rather than at specific problems that could result from poverty...  Budget-cutting policies in areas of housing, education, health care, and employment need to be re-examined.  It is clear that policies targeted at raising family incomes can contribute to increasing children’s cognitive development and academic accomplishments.

Of course, that's not the only problem with Jim Malatras's clever little smear piece.  You can also lie by omitting facts.  He conveniently fails to mention that despite the high per-pupil expenditure in New York, the state education budget is 5.1% lower today than it was in 2008, and the unfunded state mandates have multiplied every year.  The shortfall, of course, has had to be made up by increases in property taxes, already some of the highest in the nation -- until the governor instituted a 2% tax levy cap, and took even that source of revenue out of districts' hands.  The result: devastating staffing cuts and loss of program.

So to recap: Governor Cuomo's plan is to ignore the root cause of failing schools, and instead tie teacher retention to standardized tests that even if they measured what they're supposed to measure, unfairly penalize teachers in poor schools and teachers of students with disabilities.  At the same time, he's reduced funding, increasing the burden on taxpayers to make up the difference, and expected schools to continue functioning the same -- no, better! -- than before.

By any measure you like, Governor Cuomo is failing New York's children.  A pity, isn't it, that politicians can achieve an "ineffective" rating without any consequences?

I wonder why that is.
Posted by Gordon Bonnet at 2:09 AM