I'm not sure if it's troubling or reassuring that the United States isn't the only industrialized country who has problems with superstitious, hyperreligious wingnuts.

Over here, of course, it's usually about the fact that you can't say anything about evolution without it blowing up in your face.  The issue has become so contentious that a lot of politicians, especially those who are courting conservative voters, won't even go there.  Witness Wisconsin governor Scott Walker's response when someone at a question-and-answer session a couple of weeks ago asked him if he accepted evolution.

"For me, I'm going to punt on that one as well," Walker said.  "That's a question a politician shouldn't be involved in one way or the other.  So I'm going to leave that one up to you."

Saying that "a politician shouldn't be involved" in a discussion about science is diametrically opposed to good sense.  It's the anti-science sentiment that is rampant in the U.S. that has kept us in this mess over climate change, for example.  But Walker's response is disingenuous at best; even if he does accept evolution, he's afraid to say so for fear of alienating his religious voter base.

Other countries have been facing the same sort of thing, and have responded differently.  France has, for example, outlawed the hijab; women can face a 150 euro fine for being in public with a face veil, and possibly be forced to take "citizenship instruction" as well.  This has prompted half the country to laud the Sarkozy government's ruling for supporting French culture, and the other half to cry out against its legislating intolerance and über-nationalism.

Britain is having its problems, too.  Christianity has been on the decline in the UK for some time now; Cardinal Cormac Murphy-O'Connor, leader of the Roman Catholic Church in Great Britain, went on record all the way back in 2001 as saying that "Christianity is almost vanquished in the UK."  Rowan Williams, former Archbishop of Canterbury, agrees, and said last year that "Britain is no longer a nation of believers...  We are a post-Christian nation."

Post-Christian, however, doesn't mean irreligious.  Immigrants now form the most religious sector in both France and Great Britain.  And as France found out, this means that the powers-that-be have to figure out how to respond to demands for acceptance and tolerance of all sorts of beliefs that we less-religious folks find pretty mystifying.  This is what led to the decision by a school in Southall, a suburb of London, to deny schoolchildren the opportunity to see yesterday's total solar eclipse, citing unspecified "religious and cultural reasons" for doing so.

Most people who are knowledgeable about the situation think this was out of deference to the school's large Hindu population.  Many devout Hindus apparently believe that seeing an eclipse makes you impure, and that the only way to combat this is to "bathe immediately after an eclipse and chant the name of god in order to overcome the powers of darkness." 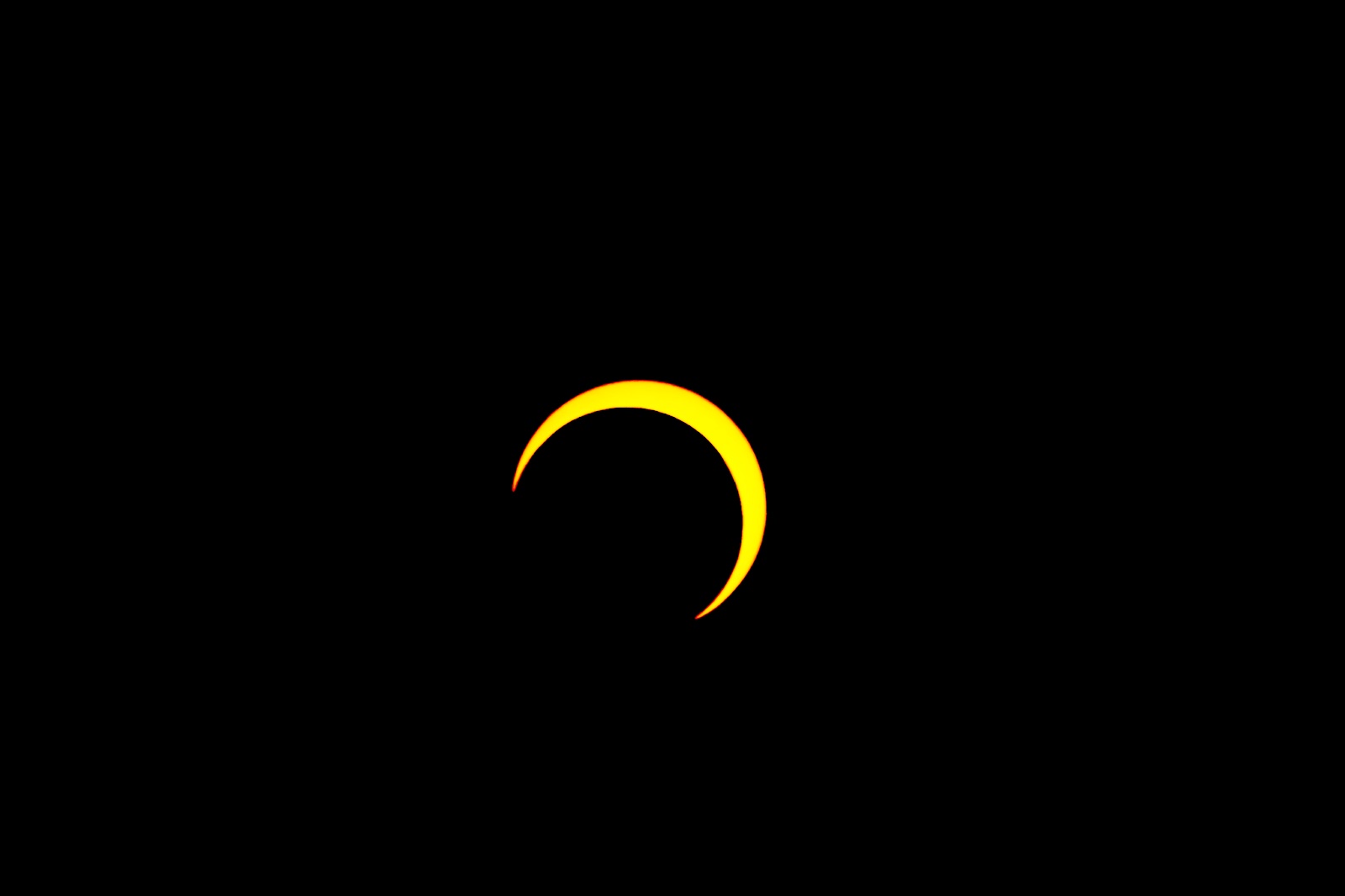 Okay, I recognize my bias here.  But really, people, what century are we in?  A couple of days ago, I wrote about the contingent here in the United States who believe that the eclipse is a portent of the End Times.  Now we have a different bunch who think that the purely mechanical movements of the Sun, Moon, and Earth result in your having to take a shower and do a little chanting so you won't be "unclean."  I'm all for letting people believe what they want, but denying an entire school the opportunity to see a rare astronomical phenomenon because some of them believe in what is (let's be honest, here) a ridiculous superstition is taking political correctness too far.  It's blocking the light in an entirely different way.

And there were some parents who agreed.  Vehemently.  The Evening Standard interviewed Phil Belman, whose seven-year-old daughter attends the school.  Belman said:  "My child went in having spent an hour preparing and making up her pinhole camera.  This is an issue about scientific matters versus religious superstition.  I am outraged - is it going to be Darwin next? We will be like mid America."

Did any of my fellow Americans wince just now?  That's how the rest of the rationalistic, science-accepting world sees us.  If you're a superstitious wingnut, you're "like mid America."

So like I said, I've always been a pretty live-and-let-live kind of guy.  But at some point, don't we need to start calling out goofy superstitions for what they are?  No, I'm sorry, your belief that 666 is an evil number doesn't mean that you will be allowed to flout company policy.  You can't sue someone for calling creationism "superstitious nonsense," because that is, in fact, what it is.  No, you can't expect an employer to hire you even if you don't want to work on Sunday.

And for cryin' in the sink, you shouldn't deny kids the right to learn some astronomy because some of them will want to rid themselves of unclean forces of darkness afterwards.  The appropriate response is, "I'm sorry you believe that, but this is science.  Bathe when you get home.  And when you're a little older, you might want to have a chat with your parents about what possible evidence they have that these beliefs are true."
Posted by Gordon Bonnet at 3:30 AM