Apparently having one Creation Museum in the United States (in Glen Rose, Texas) wasn't sufficient.  So in 2007, a bigger and better one opened in Petersburg, Kentucky.  Then those museums started having some financial problems due to declining attendance, with projects like the infamous "Ark Encounter" being put on hold because of loss of revenue.  So clearly, there was only one possible solution.

Build yet another Creation Museum.

This is getting ridiculous.  Fighting these things is becoming a little like trying to lop off the heads of a really stupid Hydra.

This one is in Boise, Idaho, which certainly makes sense, site-wise.  Boise is the capital of Idaho, a state where over 80% of citizens are Christians, where last month a group introduced a proposal to have Idaho officially declared a "Christian state," where just two weeks ago three legislators boycotted an invocation given in the Senate because it was delivered by a Hindu.

So I have no doubt that yet another expensive boondoggle meant to celebrate a completely counterfactual and unscientific view of biological and geological science will turn out to be wildly popular.

At least, that's the hope of Douglas Bennett, who is one of the museum's founders, and who is (mystifyingly) a trained geologist.  How someone who has a degree in geology can actually subscribe to the idea that all of the Earth's sedimentary rocks were laid down by one cataclysmic flood five-thousand-odd years ago is beyond me.  You'd think that the single question, "Where did all of the water go afterwards?" would be sufficient to raise questions for anyone with scientific training, wouldn't you?

Of course, if the rain was magicked down by god, maybe it was magicked away again.  Or maybe there's a big floor drain at the bottom of the ocean.  I dunno.

Be that as it may, what perhaps sets this museum apart from the others its that for each exhibit, there will be the biblical explanation side-by-side with the explanation that comes from actual science.  "The museum is dedicated to the fact that creation science can explain the evidence we see in the world around us and that it is not just religion," Bennett said. "Because we feel we don't have anything to hide.  If we put both out there, a person that's actually seeking the truth will look and say, 'Ah, the biblical explanation fits what I see in the world around us a lot better than evolution.'"

Me, I find this troubling.  Because you can bet they didn't hire an actual evolutionary biologist or geologist (I'm discounting Bennett, here, for obvious reasons) to write the scientific explanations.  I'm pretty certain that the point/counterpoint was written by people who buy the whole creation story wholesale, which means that the scientific explanations will be misrepresented, oversimplified, or just plain wrong. 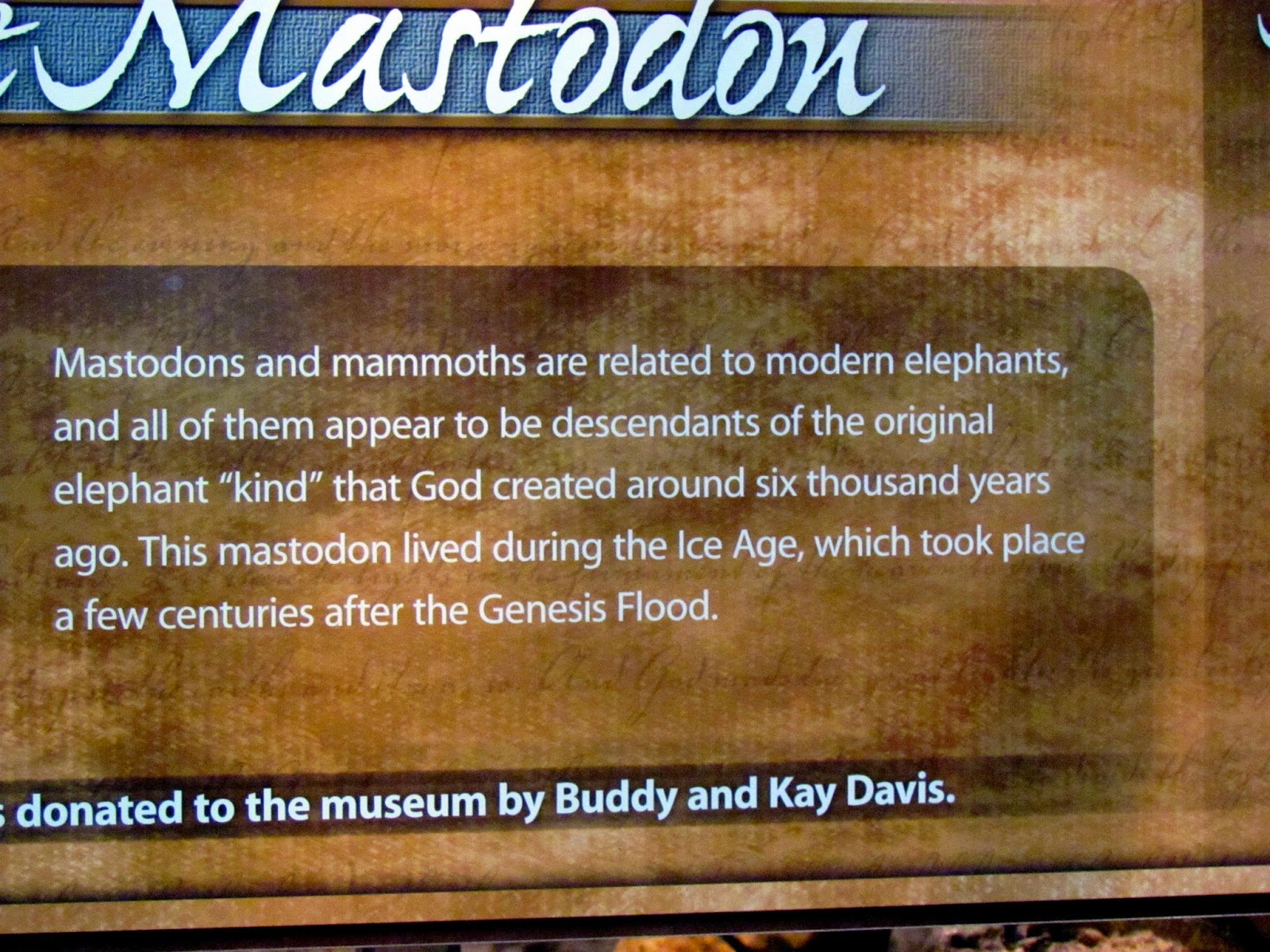 So this whole enterprise sets up the evolutionary side of the argument (i.e., reality) as one great big straw man.  I probably shouldn't let this bother me; after all, it's unlikely that the museum is going to convince anyone who wasn't already convinced.  But this kind of slick, hyped-up marketing makes the anti-science crowd even more convinced of their beliefs -- that the scientists are a bunch of godless charlatans trying to bring the world to wrack and ruin.  It's also appealing to children, who are more easily convinced, especially when their parents are telling them that anyone who tries to show them evidence to the contrary is making an evil, Satan-inspired end run on their immortal souls.

And the last thing we need is yet another generation growing up with a lousy understanding of science.

Oh, yeah, and I haven't told you about the other thing the Idaho creationists are trying to do.  They're wanting to raise money for a "life-sized Ark" that will be next to the interstate somewhere between Boise and Nampa.

Because we all know how well that ended for the Kentucky "Ark Encounter" project.

So on the whole, I suppose I should be glad that the creationists are sinking their funds into these kinds of mare's nests.  The more money they put toward building monuments to silly, counterfactual worldviews, the less they'll have to put toward buying congresspeople who support their views.
Posted by Gordon Bonnet at 3:04 AM