Today I learned that you can buy magical spells on Etsy.

When I found out about this, I thought, of course you can.  Everything else is for sale, so why not this?  So out of curiosity, I went to the Etsy site of the particular witch I heard about, one Victoria Zasikowski of Cardiff, Wales, to take a look around.

I clicked on the first one on the site, which was "Love and Relationship Spells."  (And for the curious, no, it wasn't because I need any particular help in that department myself.)  There's a description of what we get for our $22.64, and it includes the following:


As far as what she'll cast a spell for, it can be for any of a number of things; attracting a significant other, separating from someone you've decided you don't like, making sure your lover stays faithful, having more sex, having better sex, attracting back an ex-lover, or finding out about your future lover.

And this is just scratching the surface.  She also does psychic readings of photographs, tarot cards readings, pendulum readings, and past life readings.  And for a cool $188 she will do five days worth of "Black Magick Spells" that will really heat things up in the bedroom for you. 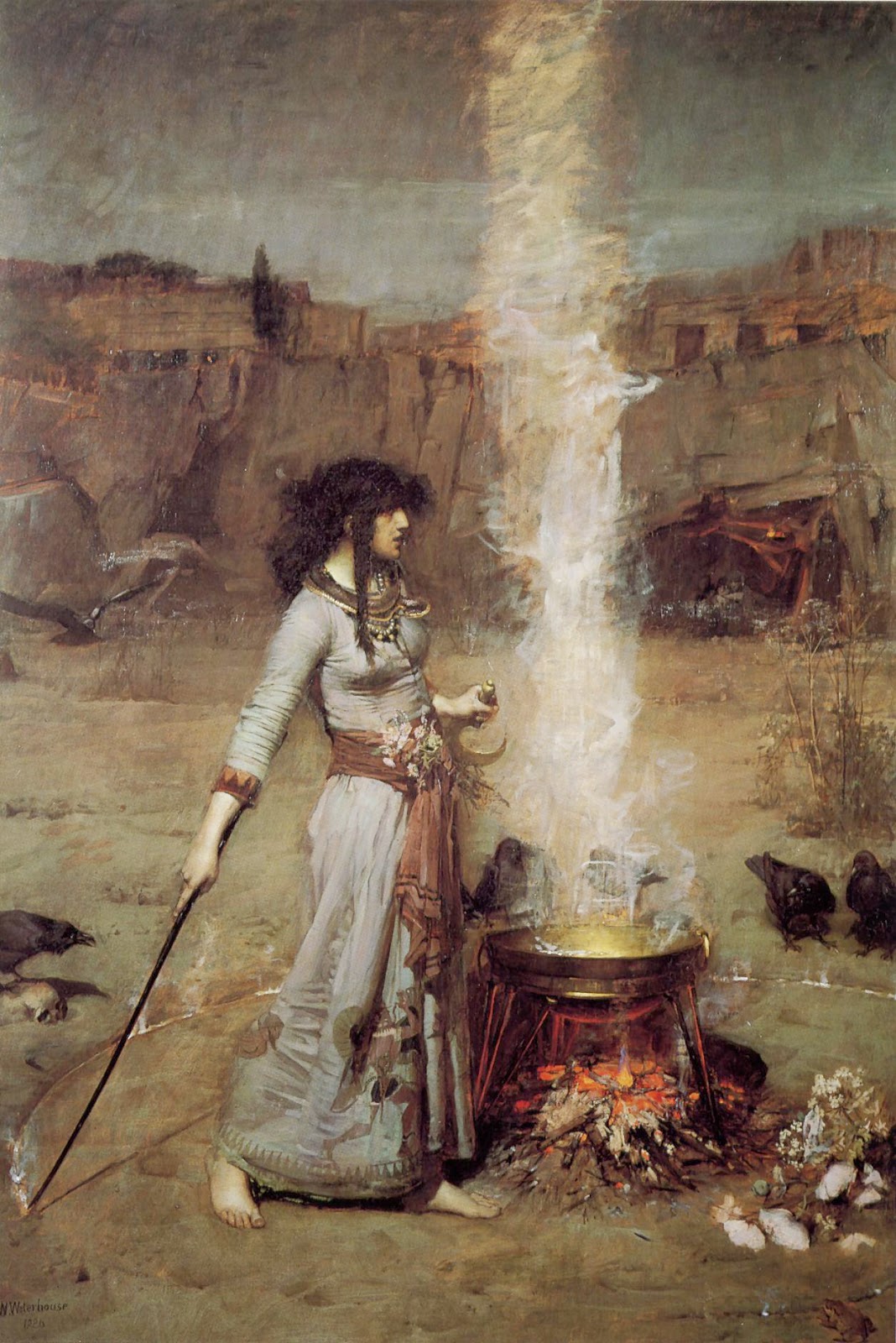 As you might guess, this site had me caveat emptor-ing like mad.  Especially when I read the disclaimer that's on each of the pages for specific spells:

PLEASE NOTE THAT NO DECENT SPELLCASTER WILL EVER GUARANTEE A SPELL WILL WORK. If it were oh so simple, we spell casters would all be filthy rich ! YES, there is a very high effectiveness rate for properly-performed magick, but sometimes things don't quite work out. This could be for the following reasons :

1. A single casting was not suffice [sic], as the situation was too complex or deep rooted
2. Spell castings alone were not enough - the situation might benefit from you yourself working with a range of physical products to pour your own energy into things
3. You have an excessive amount of negative energy about it all, or about it's [sic] chances of working, which poison's [sic] the magick
4. You are being unrealistic, for example trying to win an ex back after 3 years of being without him
5. It might not have been "meant to be". The universe has other plans for you.

Which all sounds mighty convenient.  It boils down to spending 22 bucks for something that might or might not work, and if it doesn't work, it could be the spell's fault, your fault, or the universe's fault.

But before you laugh too hard, how different is this from the practice of petitionary prayer?  The devout are always asking god for things, from the banal ("please lord let me not get in a traffic jam on the way to work this morning") to the catastrophic ("cure my father of terminal cancer").  And of course, sometimes these prayers seem to work, and sometimes nothing happens.  If they don't work -- well "god works in mysterious ways" or "god has something better planned" or "you didn't pray hard enough" or "it was god's will that it happened this way."  If it does work, then hey!  Praise the lord!  He is so wonderful!

And I was going to say that the difference between the Etsy spell-caster and conventional petitionary prayer was that in prayer, no one's asking you for money.  But then I remembered that just a couple of days ago, the aptly-named American televangelist Creflo Dollar asked his faithful followers to give him $60 million so that he could buy a new luxury jet with which to Spread the Holy Word.

So maybe there's no difference after all, except one of scale.

And interestingly, there's a contingent amongst the witching community that actually thinks it ruins things to ask for money.  Somehow, being associated with profit will damage the energy, or some such.  Zasikowski, predictably, disagrees.  "There is a belief among some that ‘spiritual’ gifts should be given free of charge,= because they are spiritual," Zasikowski said.  "Time and effort spent should apparently be given free of charge, whereas if you are a hairdresser or nurse, etc, it is your right to be paid.  This double standard is ludicrous."

Except that when you're a hairdresser or nurse, your clients have the right to expect that their hair will end up looking nice and their health care needs will be addressed, respectively.  Here, it seems, you stand a good chance of spending $22 and getting absolutely nothing in return but a photo of a burned-out candle.

Anyway.  I'm unlikely to ask Ms. Zasikowski (or anyone else) to cast a spell for me.  For one thing, I'm pretty good with my life as it is.  For another, there are better uses for twenty bucks, which include, in my opinion, using it to start a campfire.  But if you're interested, might I suggest the "Angel Messages Reading?"  In it, she will get in touch with some angels, who will then relay to her messages that they feel "have the most important meaning for you at this time in your life."  However, you are advised that these messages "may not necessarily have anything to do with something directly bothering you."

You'd think angels could be a little more specific than that, wouldn't you?  Oh, well.  Maybe they "work in mysterious ways," too.