The devil went down to Georgia

In a move that many are characterizing as the latest end-run past anti-discrimination laws by the extremely religious, Georgia's Senate has passed Bill 129, the "Religious Freedom Restoration Act," by a vote of 37-15.

The legislation would "prevent the government from intruding or abridging faith-based beliefs," stating explicitly that "laws neutral toward religion may burden religious exercise as surely as laws intended to interfere with religious exercise."

Opponents of the bill were well aware of its hidden agenda.

Senator Curt Thomas, who voted against the bill, said that he believed that the measure was a direct response to the spread of marriage equality laws in the United States.  "There’s no way anyone’s going to convince me that that’s not what’s happening now," Thomas said.   He made reference to similar measures that have been instituted in Alabama, where the state Supreme Court just ordered judges to stop issuing marriage licenses to same-sex couples. "We don’t want to be the next Alabama and be the next circus that they are becoming."

He was not the only one who recognized the law's subtext.  Marty Rouse, National Field Director of the Human Rights Campaign, was even more blunt than Thomas.  "This bill is a reprehensible attack on LGBT people and their families in Georgia," Rouse said, in a statement released last Thursday. "It does not address any legitimate problem with current law and creates harmful consequences for businesses throughout the state.  It threatens not just the LGBT community, but women, members of minority faiths and other minority classes.  All Georgians deserve to be treated with dignity and respect, and we need all fair-minded people in the state to help stop this bill."

It now goes to the Georgia House of Representatives, where it is expected to pass, and then be signed into law by Governor Nathan Deal.

The whole thing has LGBT advocates seething, for understandable reasons.  Religious rights have been cited more than once in the past few months as reasonable justification for denial of services to LGBT individuals, and the RFRA is expected to give the anti-LGBT crowd legal standing in doing so.  But given the wide support the bill has in the Georgia legislature, what can be done?

In a statement that should go down in the Annals of the History of Bluff-Calling, the Aquarian Tabernacle Church thanked the Georgia policymakers for their "forward-thinking... dedication to religious freedom."  They then outlined their practices that would be protected under the RFRA, citing which lines of the legislation covered each of them.  These practices included:
To which I have only one thing to say:  BA HA HA HA HA HA HA HA HA *falls off chair* 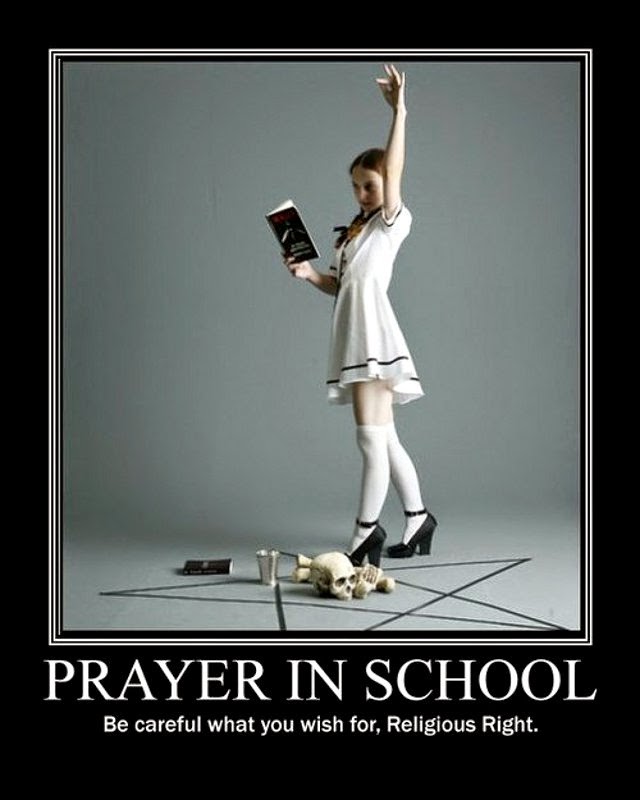 Man.  This should be good.  How many times do the clowns in elected office have to be shown that "freedom of religion" doesn't mean "freedom for the majority religion to do whatever it damn well pleases, and to hell with everyone else?"  Perhaps this will finally get it through their thick skulls that religious freedom (1) doesn't trump anti-discrimination laws, and (2) works best when the government just keeps its grimy paws off of religion entirely.  People should be free to practice whatever religion they want, in whatever way they want, unless such practice contravenes existing federal or state laws.  And that includes laws against discrimination.

How hard is that?

I certainly hope that the Aquarian Tabernacle Church pushes this as far as they can.  They seem to have done their homework, and although I can't say I buy their worldview, I applaud what they're doing, here.  And I don't know about you, but I'm really looking forward to seeing the legislators in Georgia backpedaling like mad to undo what they've done once they realize its implications.
Posted by Gordon Bonnet at 2:44 AM