I tend to avoid politics, both here on Skeptophilia and also in my personal life.  There are two reasons for this: first, I find most political issues such a snarled Gordian knot that I have no idea how anyone could be smart enough to solve them; and second, even on the issues about which I have strong opinions, I've found that arguing with people seldom changes minds on either side.  So entering into an argument that basically is "I think so because I think so," and is unlikely to convince anyone of anything, might be the very definition of the word "pointless." 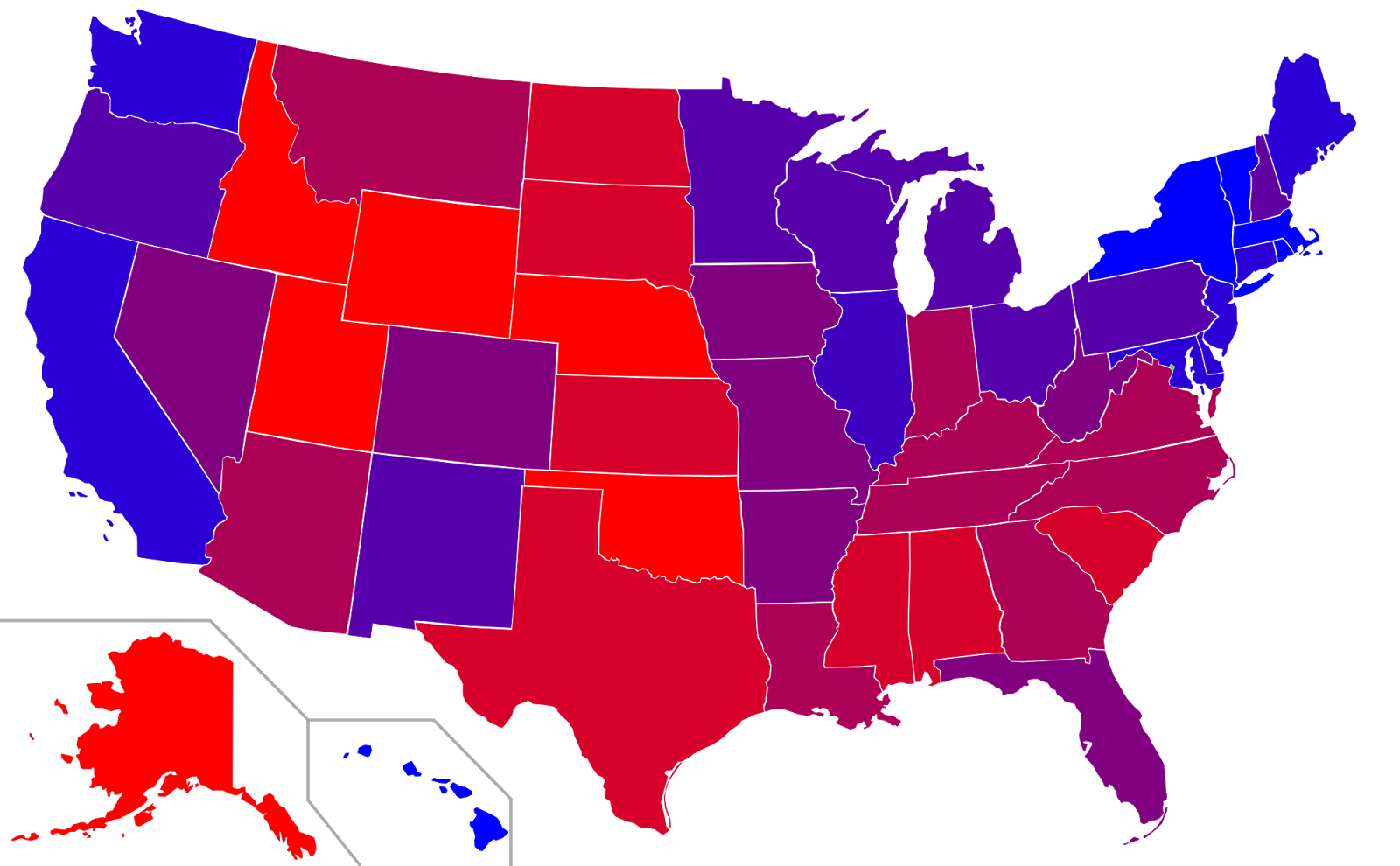 I do find it interesting, however, to consider why people so seldom shift their political views, even when presented with facts and data to the contrary.  It's like we're stuck in our worldview, unable to move away from the narrow little window we're looking out of.  And now, some scientific research might have an answer for why that is.

Darren Schreiber et al. of the University of Exeter published a fascinating paper last month called "Red Brain, Blue Brain: Evaluative Processes Differ in Democrats and Republicans" in the online journal PLOS-ONE, which has as its main claim that there are fundamental differences in brain function between liberals and conservatives.  Studies had already shown that there is a brain structure difference; liberals tend to have more gray matter in the anterior cingulate cortex, conservatives in the amygdala.  But suggestive as that is, differences in structure don't always imply differences in function, so it was premature to conclude that these structural differences caused individuals to adopt particular political stances.

In this case, however, it appears that the earlier researchers were on to something.  In particular, there seemed to be a biological underpinning to the well-demonstrated tendency of conservatives to be risk-averse and liberals to be risk-seeking.  The authors write:


(C)onservatives demonstrate stronger attitudinal reactions to situations of threat and conflict. In contrast, liberals tend to be seek out novelty and uncertainty.  Moreover, Democrats, who are well known to be more politically liberal, are more risk accepting than Republicans, who are more politically conservative.  While ideology appears to drive reactions to the environment, environmental cues also influence political attitudes.  For instance, external threats prime more conservative attitudes among liberals, moderates, and conservatives.

Schreiber et al. set out to see if the different attitudes toward risk would show up on a fMRI, which would indicate that there was a functional difference between the brains of liberals and conservatives:


To test a conjecture that ideological differences between partisans reflect distinctive neural processes, we matched publicly available party registration records with the names of participants (35 males, 47 females) who had previously taken part in an experiment designed to examine risk-taking behavior during functional brain imaging...  Individuals completed a simple risk-taking decision-making task during which participants were presented with three numbers in ascending order (20, 40, and 80) for one second each.  While pressing a button during the presentation of the number 20 on the screen always resulted in a gain of 20 cents, waiting to select 40 or 80 was associated with a pre-determined possibility of either gaining or losing 40 or 80 cents.  Therefore, participants chose between a lower “safe” payoff and a higher risky payoff.  The probabilities of losing 40 or 80 cents were calibrated so that there was no expected value advantage to choosing 20, 40 or 80 during the task, i.e. the overall pay-off would have been the same for each pure strategy.

They found that the two groups did, indeed, show different levels of activity in the two parts of the brain that earlier research had shown to differ:


Consistent with the findings of structural differences by Kanai et al, significantly greater activation was observed in the right amygdala for Republicans and in the left posterior insula (near the temporal-parietal junction) in Democrats when making winning risky versus winning safe decisions. No significant differences were observed in the entorhinal cortex or anterior cingulate cortex. All attempts to use behavior to distinguish Republicans from Democrats were unsuccessful, suggesting that different neural mechanisms may underlie apparently similar patterns of behavior.

The authors are clear in their conclusion that they, too, have established correlation, but are yet to show causation; "One might infer that the differing brain structures identified by Kanai et al. suggest genetic foundations for the differences in ideology," they write, in their discussion of results.  "However, recent work has shown that changes in cognitive function can lead to changes in brain structure."  So how much of the difference they and others have shown is genetic in origin, and how much due to remodeling of the brain's circuitry because of the environment, is still uncertain.

It does support, however, the fruitlessness of political argument.  If there is a biological underpinning to political stance, it's to be expected that it's not going to be easy to change.  There are cases, of course, where it's important to try -- in issues of social justice and care for the environment, for example.  But this research shows pretty clearly that such battles aren't going to be easy to win.

And you have to wonder what a fMRI would show for a generally apolitical person like myself.  No brain activity whatsoever?

Maybe I'm better off not knowing.
Posted by Gordon Bonnet at 2:32 AM