As President Obama approaches the end of his second and final term, and has not taken away all of our guns, caused the downfall of America, turned us over to the Muslims, made us submit to the Mark of the Beast, or ushered in the End Times, it looks like we'll have to cast about to find out who will be the next candidate for being the Antichrist.  I mean, Obama has had a good six and a half years to bring forth the Beast With Seven Heads and the Scarlet Whore Of Babylon, and what do I see around me?  Same old, same old.

It's kind of disappointing, really.

I'm happy to say, though, that the ultra-religious wingnuts have a new focus for ranting.  Since Obama has proved himself woefully inadequate in the apocalypse department, it's nice that we have someone waiting in the wings.  His name is Alexios Tsipras, and he's the newly-elected Prime Minister of Greece. 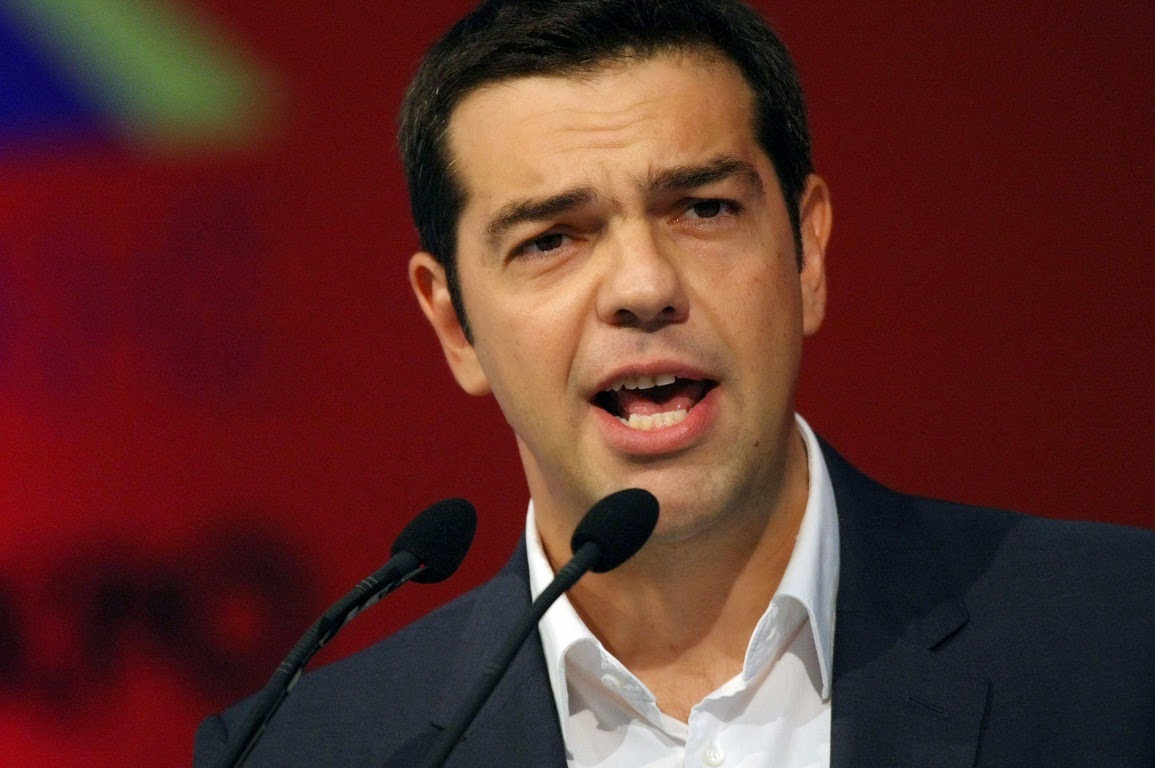 Admire the impressive new features of this latest incarnation of the Minion Of The Evil One:


There has surfaced, in my view at least, an archetype of the leader to come who will be the first beast of Revelation 13.  This generation is not yet in the Tribulation, but is experiencing precursors to that last seven years that makes us know that a time of unprecedented troubles is just ahead.  Likewise, a leader has arisen from the area of the reviving Roman Empire, one whose emergence makes the observant Bible prophecy student suspect ever more assuredly that Antichrist is waiting in the shadows of the immediate future.

Any such leader rising suddenly and dramatically out of the very nucleus of what was ancient Rome justifiably raises the eyebrows of Bible prophecy students.  The visible, physical reactions of those who have put him on his pedestal are quite interesting… glassy eyes filled with tears of joy, as they looked worshipfully at the man on whom they are hanging their hopes.  As a matter of fact, the slogan for [Tsipras's] campaign was “Hope is coming!”

I think we are looking at an archetype of the man whose name will add up to six hundred, three score and six.

The problem is, Tsipras is hardly the first person who has been a contender for being the Antichrist.  Just in my lifetime, we've had:
No, I'm not kidding about Reagan.  There were nutjobs during Reagan's presidency who seriously suggested he might be the Antichrist, mostly because each of the parts of his full name, Ronald Wilson Reagan, had six letters.  (Get it?  666?  Get it?)

And do you know what all of these guys have in common?  They were not the Antichrist.

The End Times crowd has had an exactly zero batting average, thus far.  And if you go back in history, you find that ever since apocalyptic prophecies became all the rage back in the 4th century, people have been going through conniptions trying to figure out (1) when it all was going to happen, and (2) the identities of the major players.  Yes, I know that "no one knows the hour," and all that sort of thing, but that hasn't slowed them down any.  They've also pointed their fingers at every single Pope since the Reformation, Charlemagne, Napoleon Bonaparte, Ivan the Terrible, Oliver Cromwell, Hitler, Mussolini, and Queen Wilhelmina of the Netherlands, the last-mentioned having the honor of being the only female Antichrist I'm aware of.

And still they've been wrong every time.

So I'm worried that Prime Minister Tsipras isn't going to be it, either.  Frankly, I'm getting a little tired of waiting.  Things have been a bit boring around here lately, so a good apocalypse could be kind of entertaining.  The Book of Revelation, which I've read in its entirety perhaps three or four times, has always seemed to me to be the product of a bad acid trip, and the events described therein certainly would be more fun than the boring litany of corrupt politicians and know-it-all talking heads who seem to make up most of the news, lately.

So I say: bring it on, Prime Minister Tsipras.  Let's see your guns, dude.  We've been disappointed about a thousand times already; don't make me add your name to the above list.
Posted by Gordon Bonnet at 2:56 AM