Stop me if I've already told you about this

One of the most ubiquitous, but mysterious, phenomena in neuroscience is déjà vu.

We all get it from time to time -- the uncanny sense that what we're experiencing has happened before.  For some people, it's usually visual in nature; that they've seen that room, seen those people, know that particular part of the city, despite a certainty that such foreknowledge is impossible.  For me, it's most often auditory.  Just a few weeks ago, I was talking with a colleague about the discovery of some new fossils from the early Cambrian era (the age of the "Cambrian Explosion," the sudden diversification of animal life into multitudes of forms), and I had the unsettling feeling that I'd had that conversation with her already.

"Didn't we already talk about this?" I asked her.

She assured me that we hadn't.

There are a multitude of unsupported woo-woo explanations for the phenomenon -- a premonition, a memory from a previous life, even a momentary side-slip into an alternate timeline (à la the "Many Worlds" interpretation of quantum mechanics).  Predictably, I don't think much of these, mostly because they have little testability and even less evidence in their favor.  So they really don't count as scientific explanations.

The problem is, science has come up pretty much empty-handed itself.  Déjà vu is so unpredictable, so quick to strike and so quickly over, that it's not like you can stick someone in an fMRI machine and just sit around and wait until it happens.  It's known that there are some medications that can increase the frequency of déjà vu -- a combination of phenylpropanolamine and amantidine, used to relieve flu symptoms, has been documented to trigger intense and recurrent déjà vu in some people.

No one is really certain why. 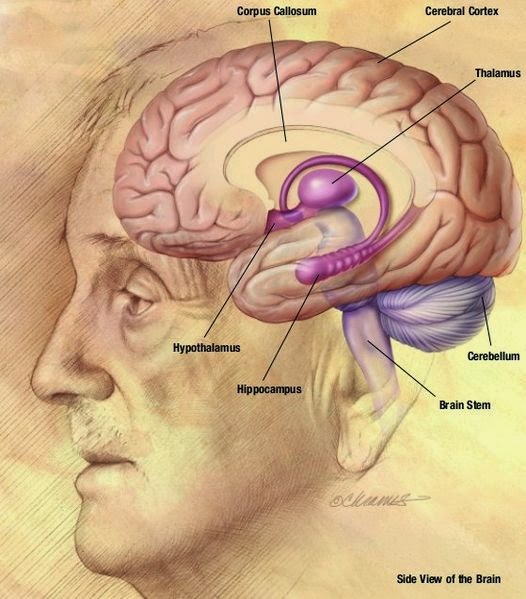 Other explanations include a subconsciously-recalled memory being stimulated by a different, but similar, stimulus, creating a sensation of the event having already been experienced; and a dreamed scene producing what amounts to an "invented memory" that could be similarly triggered.

Neither of these, to me, explains the commonness, nor the power, of these experiences.  I know that memory is unreliable and plastic, but even so, déjà vu is so striking that it deserves a better explanation.

Recently, however, a study by Christine Wells et al. has shed some interesting light on this phenomenon.  Wells and her team found that a patient with severe anxiety disorder was experiencing profound and repeated déjà vu, and the researchers speculate that this is no coincidence:


Whereas previous cases with déjà vu due to MCI [mild cognitive impairment] and dementia have largely been anosognosic [not acknowledged as clinically relevant by the patient], our case is aware of the abnormal familiarity in his memory, and is in fact greatly distressed by it.  This suggests two dimensions along which déjà vu experiences can vary: awareness and distress.  In this psychogenic case, our patient is similarly aware of the unreality of his experiences and they are constantly accompanied or caused by pathological levels of anxiety...  In relation to our case, distress caused by the déjà vu experience may itself lead to increased levels of déjà vu: similar feedback loops in positive symptoms are reported in other anxiety states (e.g. panic attacks).

It is plausible on neurobiological grounds that anxiety might lead to the generation of déjà vu.  The hippocampal formation, a structure of central importance in declarative memory and the ability to engage in recollection, is also implicated in anxiety as part of the septo-hippocampal system.  Although this report does not prove a link between anxiety and déjà vu, it does further support the suggestion that this area is worthy of further investigation.

It certainly is.  You have to wonder if even people who do not suffer from a clinical anxiety disorder might experience déjà vu more commonly when they're distressed or anxious about something.  Stress does affect health -- there's no real doubt about that -- could it also be responsible for fleeting pseudo-memories?

All of which is fascinating and suggestive.  It's further evidence of what a friend of mine once said -- she's a retired professor of human genetics at Cornell, and she said if she were going into research now, she'd go into neurology instead of genetics.  "Right now, in terms of our understanding of the brain, we're where our understanding of genes was in the early 20th century.  We know a little about what's going on, mostly descriptively, but little real comprehension of how it's all happening.  The 20th century was the century of the gene; the 21st will be the century of the brain."